You Want It Darker

In the Time of Covid-19: Democracy and freedom won the 2020 US Presidential Election, even if that victory was not universal down the ballot. There is good reason for joy and optimism.

And yet. The numbers of cases, hospitalizations, and deaths from the coronavirus pandemic continue to rise at an alarming rate. Across New Mexico. Across the US. Across the world.

Sitting in his hotel room in New York one morning in November 2016 - shortly after the apocalyptic US election - Rabbi Lord Jonathan Sacks suddenly had a thought about a connection between the late (he had passed away the day before the US election) Leonard Cohen's song You Want It Darker, the (then) current state of the world, 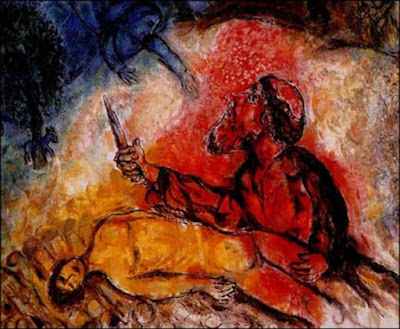 and last week's parsha of Vayera. In which we are told of The Binding of Isaac.

And it came to pass that God tested Abraham and said to him, “Abraham.”

“Here I am,” Abraham responded.

God said, “Take, I beg of you, your only son whom you love, Isaac, and get yourself to the land of Moriah and offer him on one of the mountains.”

Isaac spoke to his father, Abraham, “My father!”

We all know the story. We know how it ends. And every year (if not every day), we struggle with it. What does the story mean, and what can the story teach us about how to live our own lives?

First, some background. About Leonard Cohen, Wikipedia tells us:

He was born in the Montreal suburb of Westmount, Quebec.

His Lithuanian-born mother, Marsha ("Masha") Klonitsky (1905–1978), was the daughter of a Talmudic writer, Rabbi Solomon Klonitsky-Kline, and emigrated to Canada in 1927. His paternal grandfather, whose family had moved from Poland to Canada, was Lyon Cohen, the founding president of the Canadian Jewish Congress.

His parents gave him the Jewish name Eliezer, which means 'God is help'.

The family observed Orthodox Judaism, and belonged to Congregation Shaar Hashomayim, to which Cohen retained connections for the rest of his life.

On the topic of being a kohen, Cohen told Richard Goldstein in 1967, "I had a very Messianic childhood. I was told I was a descendant of Aaron, the high priest."

Wikipedia tells us about the song You Want It Darker.

"You Want It Darker" is a single by Canadian poet and musician Leonard Cohen, released on September 21, 2016, Cohen's 82nd birthday. It is the title track from Cohen's album You Want It Darker.

The song earned the artist a Grammy Award for Best Rock Performance and features the vocals of Cantor Gideon Zelermeyer and Shaar Hashomayim Choir.

“They’re lining up the prisoners and the guards are taking aim,” Cohen says. “I struggled with some demons/They were middle class and tame/I didn’t know I had permission to murder and to maim/You want it darker/I’m ready my lord.”

And Malka Simkovich wrote movingly in Lehrhaus about Leonard Cohen's lifetime of wrestling with God:

Cohen employed religious material in his music in order to explore issues of identity and mortality in a way that doesn’t, at first, lead the listener to realize that his lyrics are religious at all.

Yet "You Want it Darker" is founded on a religious tradition that galvanized three thousand years of accusations against God.

As Cohen accuses God of causing human suffering, we must remember that Cohen is getting in on an existential debate that he knows has been ongoing since the biblical period itself, when Abraham argued with God, accusing Him of ruthlessness towards the people of Sodom, and Moses railed against God when He threatens to destroy the Israelites, and David beseeched God to stop causing him personal pain.

Cohen, of course, is aware of this precedent, and sees himself as an extension of ancient voices who long ago asked questions that could not be answered.

In the end, however, Cohen recognizes that his mortality is something that he has no choice but to accept. God is still addressed “my Lord:” God exercises control over Cohen, and Cohen accepts that he is in the dark—in the dark about how the world works, and in the dark when it comes to his own mortality.

Like many devotees of Cohen’s music, I feel a connection to him that, when I listen to his music, seems unique.

Of course, the feeling is not unique: all people in some way or another are coping with the reality that they are going to die, and if they are religious, they must also face the task of cultivating (or neglecting) a relationship with God that more often than not seems one-sided.

The irony of feeling so connected to Cohen because of his lyrics, lyrics that reflected his intense existential loneliness, makes his absence all the more painful for those who found comfort in his music.

But wait. There's more. There's always more. First, with Leonard Cohen. And then, with Rabbi Lord Jonathan Sacks, who beautifully connects "You Want It Darker" with The Binding of Isaac.

This is who we have lost. Leonard Cohen, four years ago. Lord Rabbi Jonathan Sacks, just last week.

May their memories
be a blessing for all of us.