What A Banjo Player! Even if you never knew his name (although every banjo player and Americana musician surely did), you certainly knew his work. 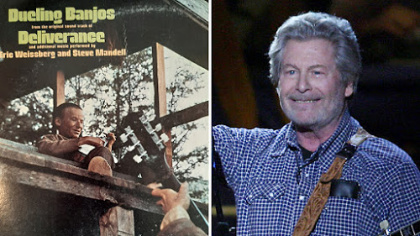 Or at least what he was most famous for. Bill Friskics-Warren writes in The New York Times:


Eric Weissberg, a gifted multi-instrumentalist whose melodic banjo work on the 1973 hit single “Dueling Banjos” helped bring bluegrass music into the cultural mainstream, died on Sunday in a nursing home near Detroit. He was 80.

Juliet Weissberg, his wife of 34 years, said the cause was complications of Alzheimer’s disease.

Though the theme songs to the film “Bonnie & Clyde” (1967) and the CBS sitcom “The Beverly Hillbillies,” both recorded by Flatt and Scruggs, preceded “Dueling Banjos” in exposing wide audiences to bluegrass, neither made it to the pop Top 40.

“Dueling Banjos,” which appeared on the soundtrack to the 1972 movie “Deliverance,” fared far better, rising to No. 2 on the Billboard pop chart.

The soundtrack to “Deliverance” was also certified gold, for sales of more than 500,000 copies.

But Mr. Weissberg — who also played fiddle, mandolin and guitar — produced much more than a one-hit wonder.

More than a decade before “Dueling Banjos,” he had distinguished himself as a member of two popular folk groups, the Greenbriar Boys and the Tarriers, and as an in-demand session musician in New York. 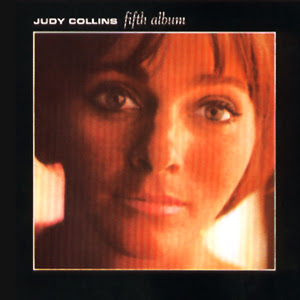 As a session player he appeared on Judy Collins’s “Fifth Album,” contributing guitar to her 1965 version of “Pack Up Your Sorrows.” 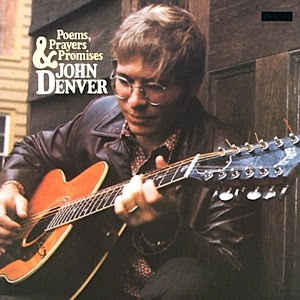 His fretwork was heard on albums like Bob Dylan’s “Blood on the Tracks” (1974), Billy Joel’s “Piano Man” (1973) and the Talking Heads’ “Little Creatures” (1985). He collaborated with jazz musicians like Bob James and Herbie Mann as well.

Mr. Weissberg married Juliet Savage in 1985. In addition to her, he is survived by his son, Will, and two grandchildren.

Oh yes, there's more. Here is a piece of what's on Wikipedia.


Weissberg was born in Brooklyn, New York, the son of Cecile (Glasberg), a liquor buyer, and Will Weissberg, a publicity photographer.

He attended The Little Red Schoolhouse in New York's Greenwich Village and graduated from The High School of Music & Art in New York City. He went on to the University of Wisconsin–Madison and the Juilliard School of Music.

From 1956 to 1958, Weissberg frequently joined Bob Yellin, John Herald and Paul Prestopino at Washington Square Park to play on Sundays from 12-6pm. Public folk-singing in that park was forbidden by the city except for Sunday afternoons.

Weissberg joined an early version of the Greenbriar Boys (1958–59), but left before they made any recordings. He joined the Tarriers, replacing Erik Darling.

At the time, the Tarriers had had a hit with "Banana Boat Song"; Harry Belafonte's version, released soon afterward, became a bigger hit.

On March 22, 2020, Weissberg died at the age of 80 from Alzheimer's disease at a nursing home near Detroit, Michigan.

Steve Mandell, the “Dueling Banjos” guitar player, died on March 14, 2018.
Abq Jew believes that The Holy One, Blessed Be He, has a special place in Olam HaBa (The World to Come) for Jews who play bluegrass.