Sunday in the Park

Art Institute of Chicago: “Bedlam,” “scandal,” and “hilarity” were among the epithets used to describe what is now considered Georges Seurat’s greatest work, and one of the most remarkable paintings of the nineteenth century, when it was first exhibited in Paris.


Abq Jew is proud to announce that he has just learned that the website of the Art Institute of Chicago has recently been redesigned.

Actually, Abq Jew is just thrilled to announce that he is capable, at his advanced age, of learning anything. But Abq Jew digresses. 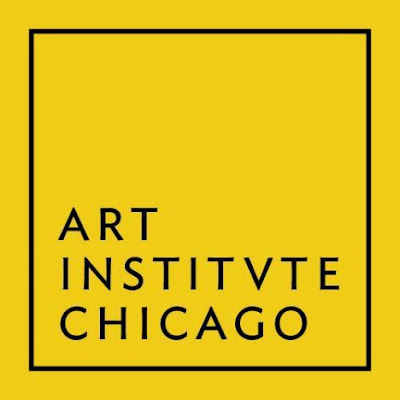 Famed art blogger Jason Kottke informs us that, as part of their first website design upgrade in 6 years -


The Art Institute has placed more than 52,000 high-resolution images from their collection online, available to all comers without restriction.

Of La Grande Jatte, the Art Institute tells us


Seurat labored extensively over A Sunday on La Grande Jatte—1884, reworking the original as well as completing numerous preliminary drawings and oil sketches (the Art Institute has one such sketch and two drawings).

With what resembles scientific precision, the artist tackled the issues of color, light, and form. Inspired by research in optical and color theory, he juxtaposed tiny dabs of colors that, through optical blending, form a single and, he believed, more brilliantly luminous hue.

To make the experience of the painting even more intense, he surrounded the canvas with a frame of painted dashes and dots, which he, in turn, enclosed with a pure white wood frame, similar to the one with which the painting is exhibited today.

The very immobility of the figures and the shadows they cast makes them forever silent and enigmatic. Like all great master-pieces, La Grande Jatte continues to fascinate and elude.


Which, for better or for worse, reminds Abq Jew of a story ....


A young couple, Wilbur and Kay, were exploring the exhibits at the Art Institute of Chicago one Sunday afternoon, when they came upon George Seurat's masterpiece of pointillism, A Sunday on La Grande Jatte-1884.

Wilbur, excited to experience this famous painting up close, immediately called his wife over and exclaimed -

More impressed with the Art Institute's other collections, she took one bored look at the painting and replied - 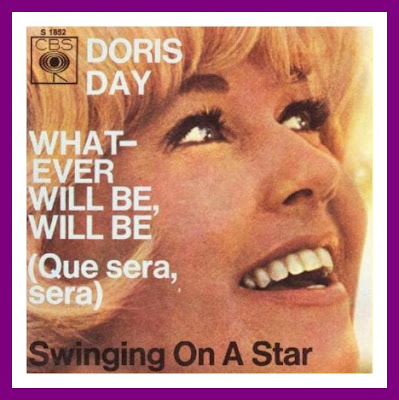 Abq Jew would like to apologize to everyone he has offended with this old, obscure reference to old, but hardly obscure, Doris Day. And her famous song.


"Que Será, Será (Whatever Will Be, Will Be)", first published in 1956, is a popular song written by the songwriting team of Jay Livingston (born Jacob Harold Levison) and Ray Evans (born Raymond Bernard Evans).

The song was introduced in the Alfred Hitchcock film The Man Who Knew Too Much (1956), starring Doris Day [born Doris Mary Kappelhoff on April 3, 1922, and still going strong, Ken O'Hara] and James Stewart (born James Maitland Stewart)in the lead roles. 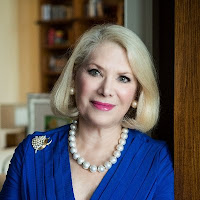 Abq Jew learned about the Art Institute of Chicago's web redesign etc from Jill Wine-Banks (born Jill Wine and raised in Chicago, where her father was a CPA), whom he follows (@JillWineBanks) on Twitter.

ICYMI - She is a United States lawyer who was one of the prosecutors during the Watergate scandal, and is now an NBC News and MSNBC Contributor. Who tweeted -


The Chicago Art Institute has a great treasure trove of beauty that I have enjoyed from childhood to today. Thanks [Pleasantville (@watercooler13)]for sharing this link so you don't have to be in Chicago to see the collection. It's one of the best museums in the world.

This turns out to be a very Jewish story ....