In Memory of Sheila Kronrot

94 Years, 5 Months, 13 Days: Shloshim (the traditional 30 days of mourning) has concluded, but Mr & Mrs Abq Jew are still mourning - and in some ways will always mourn - our beloved Mother, Mother-in-Law, Grandmother, and Great Grand Mama. 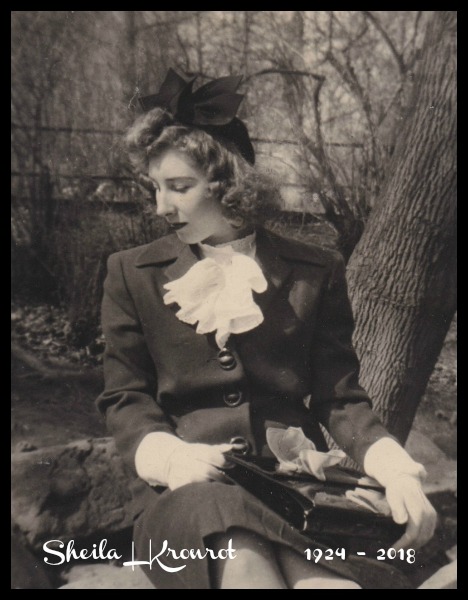 She was an artist, homemaker, businesswoman, retail store manager, and killer Scrabble player. She and her husband Burton were patrons of the arts, and encouraged both of their children to pursue careers in music and art.

She was an avid Shakespeare and poetry enthusiast, traveler, and amateur photographer. She was always interested in people, and remembered the names of everyone she met.

Sheila was interested in politics and current events, and made sure to vote in our recent midterm elections. Even while constrained by old age and in an assisted living home, she shared her interests and talents with her caregivers and visitors.

Donations may be made to: