Rosh Chodesh in the 505: Rosh Chodesh (the Hebrew New Moon, as disambiguated from the Civil New Moon) has traditionally been celebrated as a Women's Holiday.

And (at least) One Big Thing is happening this year on Sunday June 25, the second day of Rosh Chodesh Tammuz. And we'll talk about it. But first -

This past week's release of the new Wonder Woman movie has become a Jewish event - as well as an event that simply celebrates powerful women. 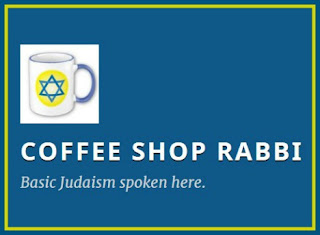 I was encouraged to hear that Patty Jenkins was directing; her writing and direction of Monster (2003) were miraculous.

I was even more encouraged when I heard that Gal Gadot had been cast as the lead. She is beautiful, she is strong, she can be very funny, and I liked the idea of the world hearing an Israeli accent in that role. A Jewish woman as a super hero? Oh, yeah!

I saw the poster and dared to hope.

I won’t spoil the film for you. I spent quite a bit of it in tears, watching a brave woman do terrifying things in defense of innocents. Some of those tears were that I was finally seeing the movie I’d wanted to see ever since I first found a Wonder Woman comic book discarded on a sidewalk in Nashville 50 years ago and recognized her as mine.

Some of those tears were the tears of a graying feminist who finally got to see a great movie about a wonderful woman, directed by a woman. Some of them were because the movie is genuinely moving, and occasionally pretty scary (take that PG-13 rating seriously, please.)

Does the film have Jewish content? You bet. It stars a Israeli woman. Wonder Woman may have a Greek name but she learns a very Jewish lesson: humanity was born good, with a terrible capacity for evil. The fight is to free that which is good while curbing that which is evil. It is not a simple task.

And Jessica Bennet writes in The New York Times (If Wonder Woman Can Do It, She Can Too) -

Half an hour earlier, I’d been contemplating skipping the film. I never read the comics. I wasn’t a superfan. The last action movie I saw was “Batman,” the remake before the remake, in my parents’ living room with my younger brothers, sometime in the mid- to late 1990s.

But 20 minutes into “Wonder Woman,” the director Patty Jenkins’s take on the iconic DC Comics story, the tears came uncontrollably — as the Amazonian women twirled and glided, fierce and muscular and graceful at once, engaged in battle moves that looked as if they were choreographed for women’s bodies (which, it turned out, they were).

I mean, the outfits were a little absurd. Their gladiator sandals seemed to have wedges. And yet, much like Jill Lepore, the author of “The Secret History of Wonder Woman,” put it in The New Yorker: “I am not proud that I found comfort in watching a woman in a golden tiara and thigh-high boots clobber hordes of terrible men. But I did.”

In fact, I was proud. So were legions of women I know who took daughters, nieces, nephews, mentees or simply went in droves, some of them to women-only screenings — and walked out of theaters with a strange feeling of ferociousness. 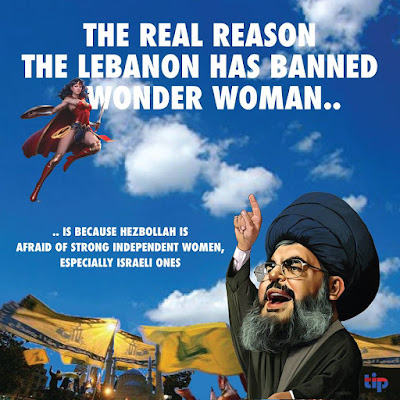 And yes, because of Gal Gadot,
Wonder Woman is banned in Lebanon! 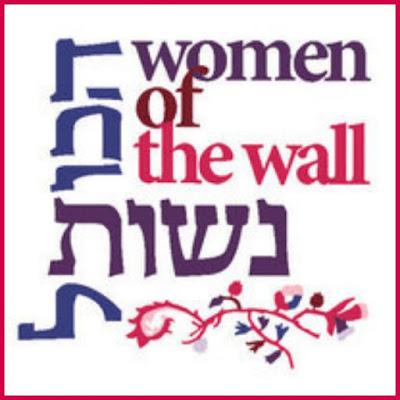 Afraid of strong independent women?
Let's talk about Women of The Wall.

Women of The Wall (נשות הכותל), says the group's website


is a group of Jewish women from Israel and around the world who strive to achieve the right to wear prayer shawls, pray and read from the Torah collectively and out loud at the Western Wall (Kotel) in Jerusalem, Israel.

The Western Wall is Judaism’s most sacred holy site and the principal symbol of Jewish peoplehood and sovereignty, and Women of the Wall works to make it a holy site where women can pray freely.

Women of the Wall is comprised of women from all denominations of Judaism – Orthodox, Reform, Conservative, Masorti, Renewal and Reconstructionist.

Since they began, Women of The Wall have been slandered, libeled, have heard words they never heard in the Bible - and worse.


So, back to One Big Thing:

A local 505 chapter of WoTW is being formed and will offer - for all genders, in solidarity with Women of The Wall - a first

More information
is on the Abq Jew Calendar - and here.

Want to learn more about Women of The Wall? Here's a video!