The Road To Kayenta

Monument Valley and the Navajo Nation: With the encouragement of their way more adventurous than us daughter, Mr & Mrs Abq Jew & Alex actually went on a magnificent Road Trip last week. 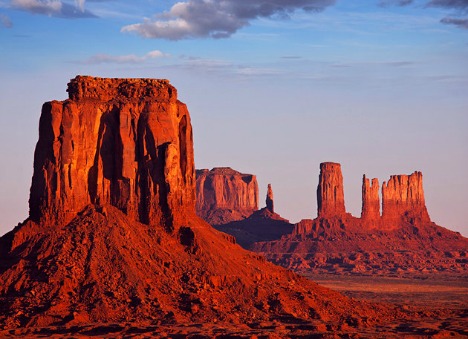 Our ultimate goal was to visit Monument Valley, located in the Navajo Nation, at the border line of Arizona and Utah. 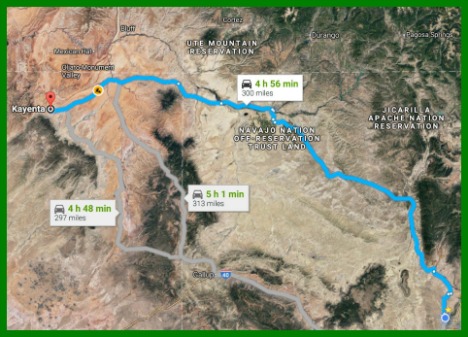 There is only one road that goes to Monument Valley - US Highway 163.


US Route 163 is a 64-mile US Highway that runs from US 160 northward to US 191 in the US states of Arizona and Utah. The southernmost 44 miles of its length is within the Navajo Nation. The highway forms part of the Trail of the Ancients, a National Scenic Byway. The highway cuts through the heart of Monument Valley and has been featured in numerous movies and commercials. 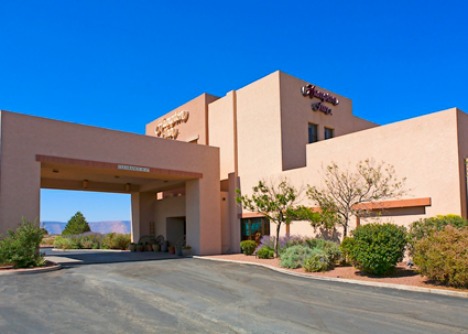 To get to US Highway 163 from Abq NW, the fastest route (says Google Maps) is via US Highways 550 to 64 to 160. Our first overnight stop, therefore, was to be at the Hampton Inn Kayenta.


Kayenta (Navajo: Tó Dínéeshzheeʼ) is a U.S. census-designated place (CDP) which is part of the Navajo Nation and is in Navajo County, Arizona. The population was 5,189 at the 2010 census. Kayenta is located 25 miles south of Monument Valley and contains a number of hotels and motels which service visitors to Monument Valley. 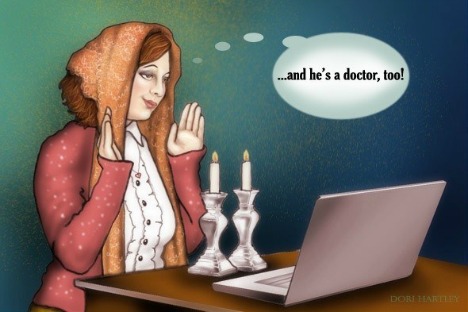 Before he arrived, Abq Jew had believed that "kayenta" is a Navajo word that means "to speak like an old woman." That, it turns out, is not true.


Abq Jew apologizes for any inconvenience. 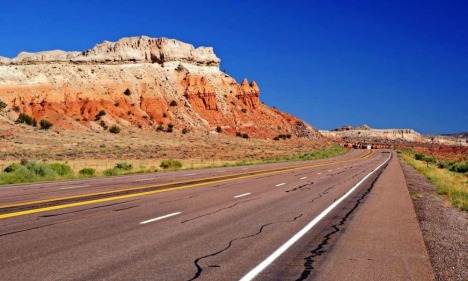 But back to US Highway 550. Upon which Abq Jew, in his almost seven years living in the Land of Enchantment, had never ventured. And around which (see photo above) is some absolutely stunningly beautiful landscape.

And whose travel lanes are separated by a skinny, paved, and (therefore) extremely dangerous median. The Santa Fe New Mexican recently reported:

A 2013 study for the New Mexico Department of Transportation proposed putting concrete or cable barriers in the middle of U.S. 550 as one of several possible ways to reduce the number of fatal collisions from vehicles crossing the highway’s narrow median into oncoming traffic.

Since that study, no barriers have been installed on the four-lane highway, which, The New Mexican reported June 11, has had a high number of fatal crashes in recent years caused by motorists crossing its 6-foot-wide paved median, which is five times narrower than recommended by the Federal Highway Administration.

The study also proposed other steps to make the high-speed route across northwestern New Mexico safer, including better marking of median lines; lighting at some intersections; and signs alerting motorists to their speed, hazardous weather conditions, upcoming intersections, curves and changes in grade.

Department spokeswoman Emilee Cantrell didn’t respond to a written request asking if any of those additional safety measures have been implemented. 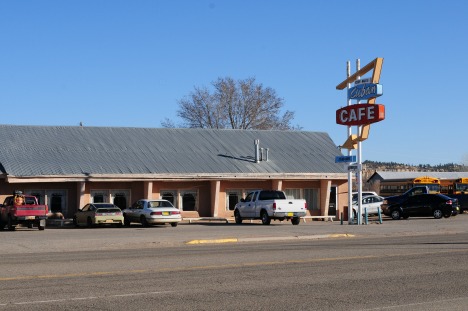 There aren't many places on Highway 550 to stop and grab something to eat, but Abq Jew highly recommends aiming for Cuba (population 735) and the Cuban Cafe. A family-run establishment where everyone there treats you like family. 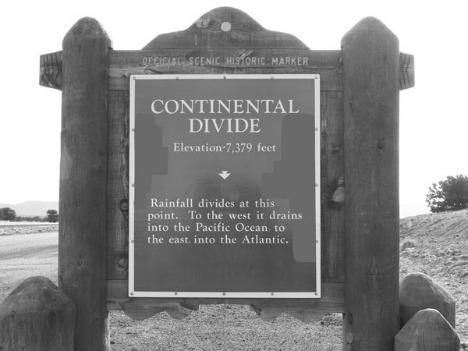 Someplace north of Cuba, Highway 550 crosses the Continental Divide of the Americas. 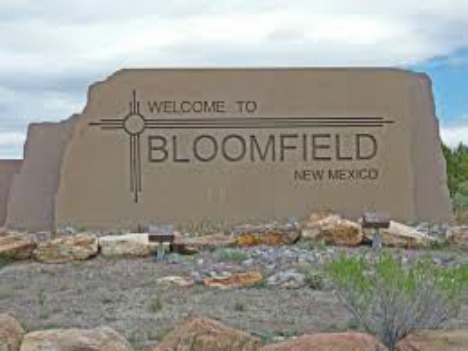 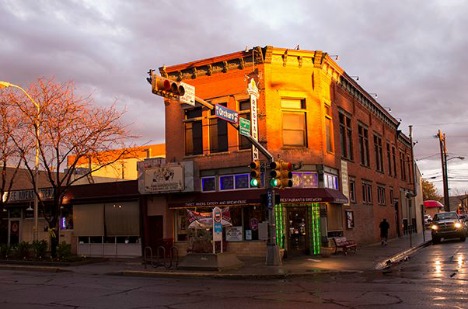 A left at the light and you're traveling west on US Highway 64, the road to Farmington (population 45,426). 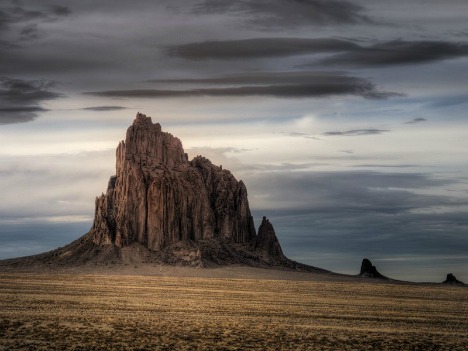 Your view of the Shiprock rock formation will be nothing like the photo above. But that's as close as Mr & Mrs Abq Jew & Alex got on this trip. 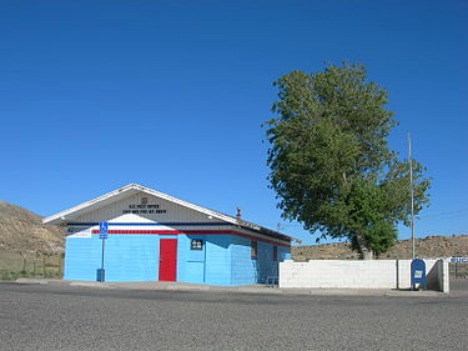 Keep going west on Highway 64 until you get to Teec Nos Pos, Arizona (population 730), where you join up with US Highway 160, one of the major routes crossing (and, in Arizona, entirely within) the Navajo Nation.

And driving and driving and driving. At some point, Mr & Mrs Abq Jew & Alex came to realize that our (Enterprise rental) Chevy Traverse  was feeling sluggish because of the fierce headwind we were attempting to drive into. (No trees in sight to bend, hence no branches to observe waving.)


But we (finally) made it to Kayenta. 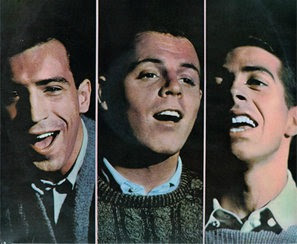 Wherein Abq Jew learned (how did he not know this?) that


The Chad Mitchell Trio perform[ed] what was the first commercial recording of the Bob Dylan classic other than by Dylan himself.

The song had been brought to the CMT by their musical director and arranger, Milt Okun, and the Trio (already famous for its satirical political songs) was eager to record the number, release it as a single, and title what would be their third album after it. An old school producer at the group's Kapp Records label vetoed the ideas, however, maintaining that "no song with death in the lyrics was ever a hit," and the album was released as "The Chad Mitchell Trio In Action."

Okun, however, was also the musical director and arranger for another young and eager folk trio called Peter, Paul, and Mary, and he brought the song to them.

And since we're talking about the wind ... and you know how what is left of Abq Jew's mind works, when it works at all ... here is The CMT at one of their PBS specials. Yes, that's Paul Prestopino on banjo.