All Women All Mariachi: Mariachi, unlike flamenco (see Flamenco and Emerods), does not appear to have roots in the Sephardic culture of Spain and Portugal.


No, mariachi did not come over with the conversos who (in part) established both Mexico and Nuevo Mexico. Instead, Abq Jew will claim, mariachi was first heard in the southwestern LA city of Inglewood, in the summer of 1970.

Anyway, that's where and when Abq Jew first heard the sound of mariachi. At the home of (see Remembrance: Morro Bay, California) our dear friends, Mike and Jean Schuster, of blessed memory, and their twin daughters Laurel and Carol - also, alas, of blessed memory.

Actually, it was next door - their neighbor was having a high school graduation party, and invited a local mariachi band to perform for us all. ¡Qué bueno!

Abq Jew - along with most of the world - eagerly paid close and happy attention to mariachi in 1987, when Linda Ronstadt released her Grammy Award-winning album Canciones de Mi Padre.

And now, Abq Jew is again paying rapt attention to 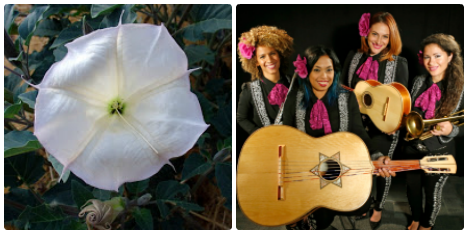 Founded in 2008, Mariachi Flor de Toloache is lead by singers Mireya I. Ramos (founder) & Shae Fiol (original member). Reminiscent of the early days of mariachi the group started as a trio, Harp, Violin and Vihuela.

The result of this cultural bouquet is an edgy, versatile and fresh take on traditional Mexican music. They coalesce as would a band of sisters, with a grace and vibrant beauty that casts a spell over their audiences not unlike the legendary Toloache flower still being used in Mexico as a love potion.

While working to preserve centuries old traditions of Mariachi, their melange of the traditional and the modern pushes the boundaries of the genre and brings Mariachi music to new audiences. 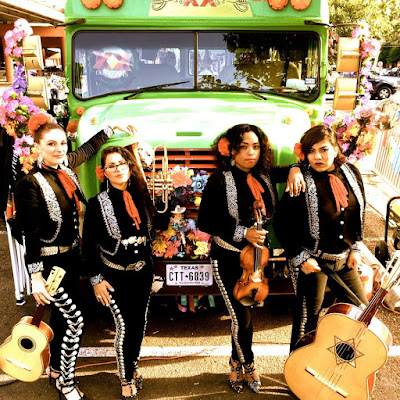