The Wedding Plan in New Mexico!

Limited Runs in Abq & SFe: The second film from American-Israeli writer and director Rama Burshtein (Fill the Void), The Wedding Plan is a poignant and funny romantic comedy about love, marriage and faith in life’s infinite possibilities.

Here is a brief synopsis of the story -


At 32, Michal is finally looking forward to the comfort and security of marriage, when she is blindsided by her fiancé’s decision to call off the wedding with only a month’s notice. Unwilling to return to lonely single life, Michal decides to put her trust in fate and continue with her wedding plans, believing Mr. Right will appear by her chosen date. Confident she will find a match made in heaven, she books a venue, sends out invitations and buys a wedding dress, as her skeptical mother and sister look on with trepidation.

During Michal’s month-long search for a spouse, she enlists the help of two different matchmakers, goes on a series of disastrous blind dates and finds an unexpected connection with a charming but utterly unsuitable pop star — all while dismissing pleas by concerned friends and family members that she reconsider her risky plan. As the day of the ceremony grows closer and no suitor appears, Michal puts everything on the line to find happiness. 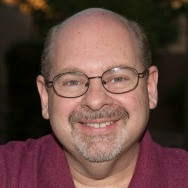 Here is what Jonathan has to say - 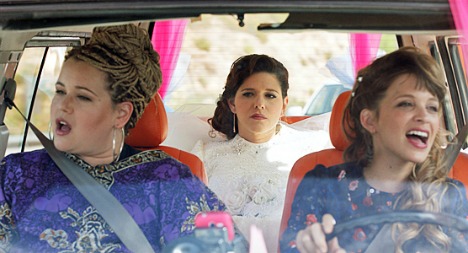 “The Wedding Plan,” American-Israeli director Rama Burshtein’s follow-up to her award-winning “Fill the Void,” has been very successful in Israel and is now the midst of its American theatrical run.

While still focusing on insular Israeli Haredi, Burshtein has gone from deep drama to romantic comedy. Serious viewers, however, should not despair. Although a brief plot description—a woman plans a wedding without a groom, hoping one will show up—sounds like it could be a zany comedy filled with ridiculously over-the-top characters and screwball situations, it is nothing of the sort. In fact, the film could actually be seen as a religious meditation on theology and the possibility of miracles.

The movie revolves around Michal (Noa Koler), a religious single woman in her 30s, who despairs of not being married. Although Michal is in many ways a strong, independent woman, she craves love, companionship, and wanting to be part of a respected couple within the community. As she puts it, “I want to invite people for Shabbat rather than always being invited somewhere else,” out of pity. She’s not some delicate, pre-feminist woman who needs a man to take care of her. She can support herself—she makes money with a mobile petting zoo she takes to children’s birthday parties—and she has no qualms about voicing her strong opinions.

Yet perhaps it is this very quality which has put off men—that is, Orthodox men—for all these years. An interesting scene early in the film shows Michal encouraging young girls at a party to show some bravery and pet her snake. One young girl is about to and then is discouraged by the mother who forbids it. Later, when the mother is paying Michal for her services, she suggests to Michal that the reason she is single is that owning a snake makes her indelicate. “Maybe there is a guy who doesn’t want a delicate woman,” Michal suggests. “Nonsense!” says the mother with a tone of absolute certainty in an indisputable fact, “All men want a delicate woman.”

Michal gets engaged, but then her fiancé breaks off their impending marriage; this is the last straw for Michal. She turns to her faith and puts her trust in God. She sets a date for her wedding—the eighth day of Hanukkah—books a hall, picks a menu, buys a dress, sends out invitations. Everything is set to fulfill her dreams of being married to her “bashert”—except for the bashert himself. She trusts that God will provide.

While her faith does her credit, Michal’s friends and family strongly object to this plan of hers. Her mother (Irit Sheleg) even goes so far as to bring in a rabbi to talk her out of it. This is perhaps the most telling scene in the whole film. The rabbi, who one would normally expect to praise extreme religious faith, instead cautions against making bargains with God and “counting on miracles.” Not even rabbis and prophets expect God to give them what they want. The rabbi goes on to express his fears that if God does not provide a groom by the wedding date, Michal’s faith will be destroyed.

But Michal counters that God is a good God and after all the effort she has put into this, it is not too much to expect from God to bring her a husband. After all, she is meeting God far more than half-way.

There is an expression, “The Lord helps those who help themselves.” Michal is not just sitting back, waiting for God to act. She is working with two matchmakers and going on lots of dates that she is being set up on. Some of the men are more promising than others; some are more taken by her than others. But as the deadline for the wedding approaches, everyone begins to question if she really will find the right groom.

One also begins to wonder why being married is so important to Michal—after all, she has no positive married role models in her life. Her sister is in a crazy marriage which is on-again-off-again-on-again, her friend fears dating a Japanese man, the man who runs the wedding hall speaks of his bad marriage, her roommate steals her ex-fiancé. As for a father, there is no reference to one. Not once does anyone declare that they are happily married. But neither does anyone claim to be happily single.

There comes a point—at least for me and, I suspect, most modern viewers—where you might want to reach into the film and give Michal a big shake. “What are you doing? Why is this so damned important to you? Why such a high-pressure time scale? Let it happen naturally. And if it doesn’t, you don’t need a husband to make your life fulfilling!” Yet I realize that this reaction misses the whole point of what Burshtein is getting at. It’s not about whether a woman needs a man to complete herself; Burshtein’s focus is on something completely different—about how to open yourself up to miracles, about what you can expect from God, and how to work with God to guide your life in the right direction.

This is Burshtein’s story and she can tell it her way. (Just as when Michal is telling a story-within-the-story to a date about being stranded on a deserted island and there is no hope of rescue. The date interrupts Michal to ask how she knows there is no hope of rescue and Michal responds, “because I’m telling the story.” She has set the limited parameters. Burshtein, too, has the right to limit her own story.) At one point, Michal declares, “Anything can happen; everything is possible.” This is not only true in the story but, really, it’s true in life too.

An interesting development happens in the middle of the film. On a brief pilgrimage to Ukraine to pray at the tomb of the famous Rabbi Nachman, Michal runs into a famous Israeli secular pop-singer named Yoss (Oz Zehavi). They only talk for about five minutes, but they both recognize the chemistry between them. Here is someone that Michal would never be set up with by a matchmaker yet amazingly they hit it off. Is it possible that Yoss, who later admits that he, too, is looking for a bashert, could be Michal’s groom? Or do their radically different lifestyles make this impossible?

If you’re looking for a typical romantic comedy, this isn’t for you. The laughs aren’t coming every minute. The romance isn’t hot and steamy. However you might feel yourself really drawn in to the story and caring for the character of Michal and whether or not God will provide her a groom. If you are wondering whether someone can have too much faith in God, than you are asking the right question.

So where, Abq Jew hears you ask, and when may one view this prized film?
Current plans are for

While you're waiting - here is the delightful official trailer!