Blessings and Curses: Here we are in Week Six of the seven prophetic readings of consolation - all from Isaiah - that comfort us after the Black Fast of Tisha b'Av and prepare us, emotionally and spiritually, for the upcoming High Holy Days. 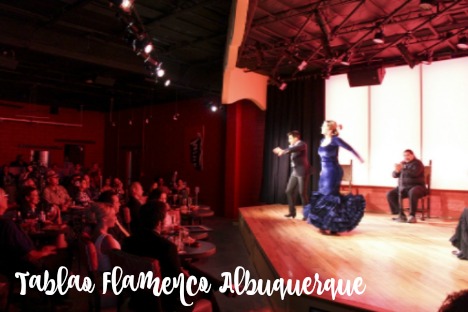 Abq Jew was delighted to begin his week with friends for a performance of Tablao Flamenco at Hotel Albuquerque. Flamenco, it turns out has (some) Sephardic roots. The New World Encyclopedia tells us


Flamenco is a Spanish musical genre. Flamenco embodies a complex musical and cultural tradition. Although considered part of the culture of Spain in general, flamenco actually originates from one region—Andalusia ...

The roots of flamenco are not precisely known, but it is generally acknowledged that flamenco grew out of the unique interplay of native Andalusian, Islamic, Sephardic, and Gypsy cultures that existed in Andalusia prior to and after the Reconquest ....

Abq Jew will, G-d willing, end his week with friends at Congregation B'nai Israel, when he will be honored but not delighted to read significant portions of the Torah portion for this week, Ki Tavo.

The first part of the parashah describes what will happen when the People of Israel enter their Land of Israel, and ends with (says Abq Jew) the most beautiful prayer in the Torah: 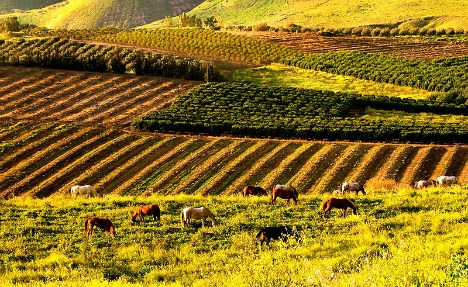 Look down from your holy habitation, from heaven, and bless your people Israel and the land that you have given us, as you swore to our fathers, a land flowing with milk and honey.

We of the Conservative Movement who follow the Triennial Torah-Reading Cycle will not read this most beautiful prayer aloud in synagogue this week.

Instead we will read The Rebuke, for which Ki Tavo is also known: first a series of blessings, and then a series of curses - the blessings if Israel follows the Torah, and the curses if otherwise.

The curses are traditionally read soto voce in the synagogue, and euphemisms are read in place of certain words that are considered too harsh for the congregation to hear.

Unlike when the blessings and the curses were first read from Har (Mount) Gerizim and Har Eval. Respectively. 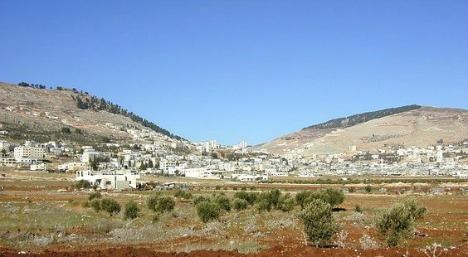 One of the euphemisms for one of the curses is what the King James translation of the Bible calls emerods.

Emerods. Or, as we say in Modern English ... hemorrhoids.


And let's not even talk about
"the botch of Egypt." 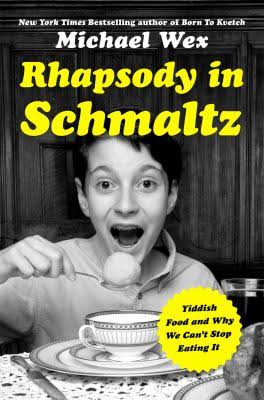 Now it turns out that noted Jewish author Michael Wex, who you will (you will!) remember from his visit to Albuquerque for A Taste of Honey 2012, has just written Rhapsody in Schmaltz: Yiddish Food and Why We Can't Stop Eating It.

Here, Abq Jew must point out two things:
But back to Mr Wex. In Chapter One of Rhapsody in Schmaltz, titled Who Says It's Supposed to Taste Good? The Prehistory of Yiddish Food, Mr Wex tells us all about That Old Time Digestion.


Although the Bible mentions hemorrhoids in passing (Deuteronomy 28:27, I Samuel Chapters 5 and 6), it took Western civilization to transform them into the Jewish affliction par excellence. Painful and bloody, chronic but not fatal, associated with sedentary occupations and confined to an indelicate, otherwise humorous, part of the body, hemorrhoids were so common as to have been taken for granted among Yiddish-speaking Jews.


The Jewish Encyclopedia of 1906 describes hemorrhoids as "more common to Jews than to any other people" and goes on to say that "among the Hasidim in Galicia and Poland a Jew without hemorrhoids is considered a curiosity."


A yid mit meridin, a Jew with hemorrhoids, was once a jocular way of describing  a garden variety, everyday sort of person, a Jewish John Q Public; Joe the Plumber, but with different pipes. 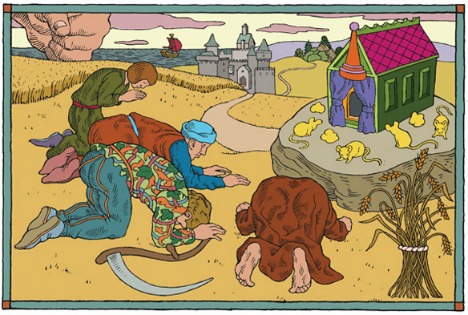 And about that reference to emerods in I Samuel - you don't want to know.


But golden statuettes of hemorrhoids
and golden fetishes of mice are involved.
Really. Abq Jew is not making this up.

And then, Friday through Sunday, lehavdil, there's the first sign of the approaching High Holy Days. 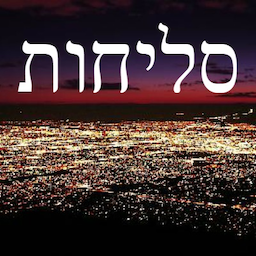 Returning now to the flamenco theme with which we began, Abq Jew must (he must!) point out that Baladino


a Mediterranean folk band that offers fresh, yet deeply authentic interpretations of Sephardic and Ladino melodies and brings this tradition back into full, fresh dialogue with its trans-Mediterranean past

will be also be performing at ¡Globalquerque! 2016 on Saturday night! 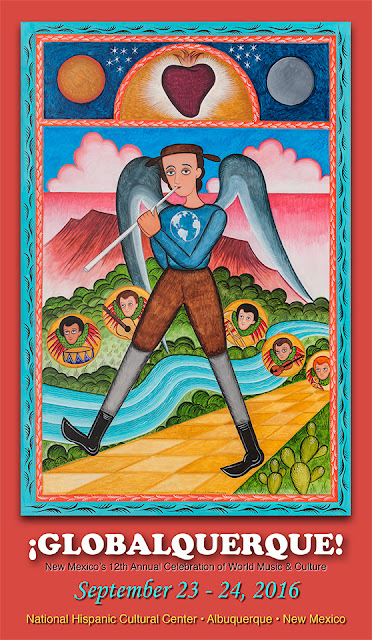 Not exactly Sephardic flamenco - but you get the idea!


To a New Year of flamenco and blessings!