Happy Purim! What are we to do about Purim this year? Abq Jew's usual mirth and merriment seem to have abandoned him. From the awful news about DJT at AIPAC to the

Nevertheless - Abq Jew wishes us all 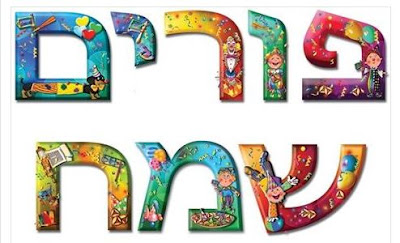 Here is a photo from Israel -


And here is an article from The Jewish Week -

“The aim of this new prayer book,” explained its editor, Rabbi Shonda Charpa, “is to provide congregants of all backgrounds with the most user-friendly text possible.”

“For example,” the rabbi noted, “in the Orthodox portion of the siddur, the traditional Hebrew term for God—Hashem--has been changed to the more casual Shemmy.”

“And to appeal to youth, all the prayers are presented in rap,” the rabbi continued. “The Shma now goes, ‘Hear O Israel, Shemmy is One; Kiss your tzitzis, and now you’re done!’”

The Conservative section of the book is printed in the style of a Chinese menu, where users can pick and choose the prayers they would like to say. “We recommend at least one prayer from Column A and two from Column B,” the rabbi said, “but ultimately it’s up to each person to decide what to recite. And substitutions are allowed.”

The Reform section of the siddur consists of a call-in number for congregants too busy to attend services and an essay on “How To Say Tikkun Olam In Hebrew.”

The Reconstructionist section includes English transliteration of Hebrew prayers to help the non-Jewish spouse or partner of the officiating rabbi stay awake during services.

For LGBT users, the pages turn from the spine of the book rather than from the outer edges. “To show that we’re sensitive to those who do things differently,” the rabbi explained.

The new prayer book also includes a section for fervent interfaith congregants with instructions on the proper blessing when combining the hunt for Easter eggs with b’dikas chametz (the search for leaven) on the night before Passover.

“I remember part of the blessing,” said I.M. Now-Tribe, a recent convert. “I believe it says ‘asher bawchar bunny’ …