Praying for Rain: Nothing, Abq Jew believes, will make a person believe in one or more gods as much as that person's utter and complete dependence on rain - just the right amount in just the right place at just the right time - to live.

In our modern age of ubiquitous supermarkets and world-wide transportation systems, we tend to forget how precarious our situation used to be (and for too many, still is). 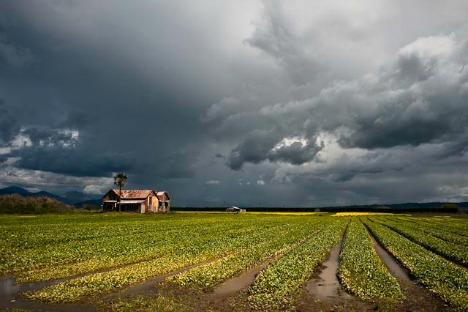 This year, as always, we Abq Jews will begin to formally pray for rain on Shemini Atzeret, the Eighth Day of Assembly.

He Causes the Wind to Blow and the Rain to Fall


After Shemini Atzeret, we continue to pray for rain by adding the "He causes" clause (mashiv haruach umorid hageshem) to the daily Amidah.

We continue to pray for rain until the first day of Pesach, when we begin to pray for dew.


Throughout Sukkot we hint at our desire for rain through such rituals as the water libation practiced in the Temple and the four species, particularly the willow, which represents the association of plant growth and water.

Continuing with the water theme, a particular feature of Shemini Atzeret is the prayer for rain, thus officially beginning Israel’s rainy season.

Since the land of Israel relies so heavily on substantial rain for its crops, the prayer for rain is recited with a special plaintive melody, and the cantor dons a white kittel (robe), as on Yom Kippur.

And you might think that's the end of it: We start praying for rain in the Land of Israel on Shemini Atzeret. Oh, but there's much more involved!

Bestow Dew and Rain for a Blessing 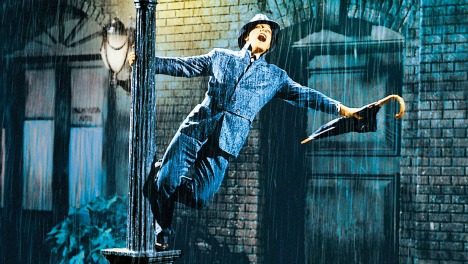 Chabad explains that the "He causes" clause in the Amidah (mashiv haruach umorid hageshem) is a statement of fact and not a request.

But the "Bestow dew and rain" clause  (Tein tal umatar) that comes later in the daily Amidah is a request - and we don't start saying that until December.


December? Abq Jew hears you ask.
Where does the Torah or the Talmud
speak about December?

To be fair - neither does, exactly. Still, this is going to get really interesting. But it's way, way, way too complicated for this blog post.


How complicated? Abq Jew hears you ask.
How hard can this be?

For starters, see Abq Jew's blog post Nineteen and Twenty-Eight. Do you, Abq Jew's loyal readers, really want to go through that again? Or would you rather get right to the music?

So Abq Jew is going to take the easy way out and refer you to
But Abq Jew assures you:


Despite the efficacy of the Prayer for Rain, no Sukkot pilgrims got wet on their way home from Jerusalem.

Which brings us to Colin Hay. Who those of you of a certain age will surely remember as the lead singer of the Australian group Men at Work, responsible for the classic hit [Do You Come from a Land] Down Under. Wikipedia tells us:


Men at Work were an Australian rock band, which formed in 1978. Their founding mainstay was Colin Hay on lead vocals; he formed the group with Jerry Speiser on drums and Ron Strykert on lead guitar. 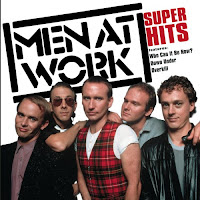 They were joined by Greg Ham on flute and keyboards and then John Rees on bass guitar.

This line-up achieved national and international success in the early 1980s.

At the Grammy Awards of 1983 they won the Best New Artist category; while at the ARIA Music Awards of 1994 they were inducted into the related Hall of Fame. Men at Work have sold over 30 million albums worldwide.

Colin Hay is now a solo artist in the Singer / Songwriter category. His song Next Year People starkly describes what rain means to those who live with hope for better times.

Please, G-d! May we all be blessed with
good rains when and where they are needed!