Great Courses @ OASIS:  The mission of OASIS (as stated on the organization's website) is 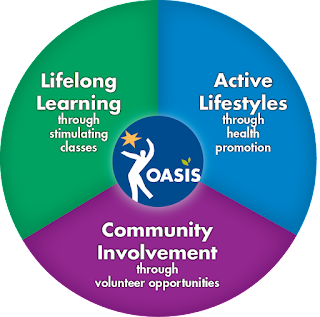 You may have noticed that OASIS experienced quite a bit of growth over the past year.

We have expanded class offerings and this fall, we have 140 classes, field trips, workshops and concerts for you to select from.


For those of you interested in statistics, our growth is measured in how many class “slots” are filled. Our summer programs grew 10% (as of mid-July 2015) from 2014, and winter/ spring programs grew 35%!

OASIS Albuquerque has just announced their Fall 2015 line-up of classes. 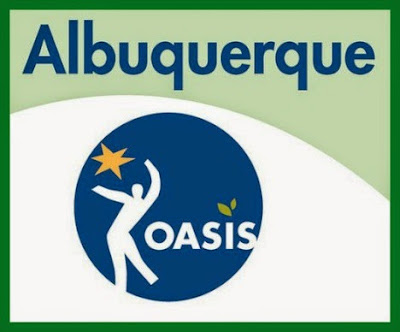 Kathleen continues to make sure there are plenty of courses of Jewish interest. This session's courses and instructors include but are by no means limited to:

Syria's Little-Known Jewish History
Mon 28 Sep 2015 Sukkot @ 10:30 am - #45
Instructor: Claudette Sutton
What It Is: Today, Syria is associated with images of religious extremism and few people can imagine that Syria had a Jewish community for well over 2000 years. Less than a century ago, Claudette Sutton's father attended school in Syria with other Jews, Christians, and Muslims. What happened? Come explore Syria's amazing, little-known Jewish history - from the Biblical legend of Abraham to the Sutton family's escape after Syria prohibited Jewish emigration in 1948.

Theodore Herzl & the Founding of the Zionist Movement
Mon 5 Oct 2015 Shemini Atzeret @ 10:30 am - #93
Instructor: Michael Nutkiewicz
What It Is: Theodore Herzl (1860-1904) is regarded as the "father" of modern Zionism, a movement that advocated the creation of a Jewish homeland in Palestine. How did this thoroughly secular man initiate the movement that seemed a wild and impossible utopian dream after 1,800 years of Jewish life in exile? This talk focuses on the life and times of Herzl and Jewish national movement(s) in the late 19th century.

Columbus & the Jews of Spain
Mon 12 Oct 2015 @ 10:30 am - #47
Instructor: Norma Libman
What It Is: The year 1492 resonates in history as the year Columbus set sail on his first journey of discovery. It is also the year of the expulsion of the Jews from Spain. What connection did Columbus have with the Jews of 15th century Spain? Though there are many unknowns in Columbus' story, there are also many tantalizing hints about this part of his life. This presentation looks at the Jews of Spain in 1492 and at the role Columbus may have played in their story.

Nobody Does it Better: Marvin Hamlisch
Mon 12 Oct 2015 @ 1:00 pm - #67
Instructor: Jane Ellen
What It Is: Son of an accordionist bandleader, child prodigy Marvin Hamlisch (1944-2012) was accepted into The Juilliard School Pre-College Division at the tender age of seven. His career would take him from rehearsal pianist to composer/songwriter for stage and screen, esteemed conductor, and winner of a Pulitzer Prize for the 1975 Broadway musical A Chorus Line. Hamlisch is one of only twelve people to win all four major US performing awards: Emmy, Grammy, Oscar, and Tony.

13th Century Spain: Tolerance & Cultural Diversity
Embodied in Songs of the Time
Thu 22 Oct 2015 @ 1:00 pm - #71
Instructor: Karl Hinterbichler
What It Is: What can 13th century Spain teach us? Tolerance, cultural diversity, a quest for knowledge, the beauty of creation, working for the advancement of society: all traits embodied in King Alfonso X. His court was a multicultural haven for artists, scientists, philosophers, translators, writers and musicians -- Jews, Muslims, and Christians alike. Alfonso left an enduring legacy that continues to this day.  An audio/visual presentation of his collection of songs (Cantigas de Santa Maria) will demonstrate the vibrant and diverse cultural life of his court.

The Bystanders During the Holocaust
Mon 26 Oct & Mon 2 Nov 2015 @ 10:30 am - #49
Instructor: Noel Pugach
What It Is: Having covered the perpetrators (Nazi Germany and its collaborators) and the victims (mainly Jews) in previous lectures, Noel Pugach now examines the role played by the bystanders of the Holocaust. What did they do or not do in the face of such evil and human destruction? The class focuses on the churches and democracies, most notably the United States. The former maintain they are the conscience of mankind and the source of morality. The latter claimed to be fighting for the Four Freedoms and liberty. An accounting of their conduct is in order.

Jesus in a Jewish Context
Thu 3 Dec 2015 @ 10:30 am - #98
Instructor: Paul J Citrin
What It Is: We will examine texts from the Gospels, Josephus, as well as from rabbinic literature to understand the political, religious and social issues in ancient Israel at the time of Jesus' life. Our goal is to understand more clearly the issues of those days, the idea of messiahship, and the nature of the teachings of Jesus. 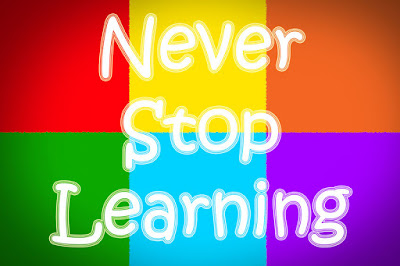