A Sermon for Rosh Hashana 5776

Rabbi Adam J Rosenbaum: Since Abq Jew has quoted him often (most recently in Rosh Hashanah 5776), it is altogether fitting and proper that more be said about him.

First of all, Rabbi Adam J Rosenbaum is the former assistant rabbi of Abq Jew's former Temple Beth Shalom in Livingston, New Jersey. But these days, Rabbi Adam is the rabbi of Synagogue Emanu-El in Charleston, South Carolina, whose website tells us

Rabbi Rosenbaum was born in Winnipeg, Canada and grew up in Denver, Colorado. He has a Bachelor of Science degree in Journalism from Northwestern University.

He was ordained as a conservative rabbi by the Jewish Theological Seminary in 2005, where he also earned a Master of Arts degree in Bible and Semitic Languages.

Rabbi Rosenbaum and his wife, Ellen Miriam Brandwein, and their children, Shoshana, Jonathan and Eliana, love living in Charleston and being a part of the Synagogue Emanu-El community. Rabbi Rosenbaum feels privileged to serve this congregation and is committed to helping foster a synagogue of learning and caring. 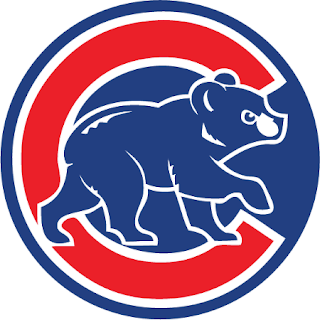 What the synagogue's website doesn't tell us is that Rabbi Adam is a real mensch and, not surprisingly, a fervent fan of the Chicago Cubs.

Or that it was an honor and a privilege for Abq Jew & Family to live across the street from Rabbi Adam & Family for many of those were the Livingston days. 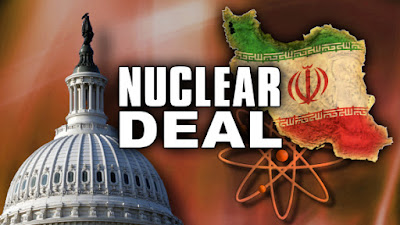 With permission, Abq Jew has transcribed the RH2 sermon from Rabbi Adam's blog.

I’d like to speak with you about the nuclear deal with Iran, but not in the way you might expect. I’d like to do so by telling you about the actions of two modern rabbis, as well as two ancient rabbis.

The first contemporary rabbi is my stepfather, Fred Greenspahn, whom some of you may remember meeting on one of his previous visits to Charleston. He was ordained by Hebrew Union College but his main profession is a Biblical studies professor at Florida Atlantic University. Over the years, Rabbi Greenspahn has never shied away from controversial topics, certainly not in public.

A few weeks ago, Rabbi Greenspahn joined hundreds of rabbis by signing a petition in favor of the Iran deal. The petition expressed hope that the agreement would slow Iran’s nuclear capabilities, all the while acknowledging that Iran remains a threat to Israel and the entire Middle East.

I should say at this point that you may very well disagree with my stepfather’s stance, but if you read the petition, you’d have a hard time calling it radical or extreme.

Yet the ensuing days were anything but peaceful for Rabbi Greenspahn. I’d like to read you some of the messages that my stepfather received in the days after he declared his support.

The first was a voicemail on his home phone that said, “Hey Greenspan, You’re probably one of those [expletive] Jews that sold themselves out to the Nazis. You [expletive] little weasel coward. What is it with you self-hating creatures. You’re just weaklings. You are an embarrassment to our race. No wonder so many people don’t respect Jews because people like you are just so afraid of their enemies: ‘Let’s make peace.’ You [expletive].”

The second was another voicemail: “You are at a…you are some Jew. I mean don’t even say you are Jewish. God. You’re really a rabbi? A leader? You’re horrible. Get out of there. Good-bye. Oh God, you are disgusting. Good bye.”

A third message, this time an email: “You pathetic [expletive] -you put your name down to a paper that is meant to help the worst enemy Israel has ever had-a plan that the Muslim President has helped create so that the Jews would be incinerated-you-you traitor-you are disgusting; [it’s] 1938 – and you are leading the march to the ovens.”

My stepfather received eight more messages like the ones I quoted. Understandably, he contacted the police so they could ensure his safety, and so far, thank goodness, both he and my mother are fine.

This is where we are in 2015 in the American Jewish community. Our ability to have sane, rational arguments about difficult topics is evaporating as we speak. I know it’s tempting to dismiss these hostile statements as the unfortunate spewings of a few cranks and yahoos, but I fear that vitriol like this has entered the mainstream.

Each day, there are more reports about those active in the Jewish community shying away from Jewish organizational meetings or religious services for fear of rancor over the issue, while those who are not involved in the community use this controversy as another excuse to avoid involvement altogether.

As one observer put it, the Jewish community is on the verge of committing “fratricide” against one another. A poignant example was the angry outcry when Congressman Jerold Nadler of New York announced that he supported the deal.

I’m all for vigorous debate and feeling passionate about the key issues of the day. But there’s a line between arguing fervently and launching personal attacks and hatred. Again, you’re welcome to take issue with my stepfather’s stance, and I’m sure at least some of you do, but I also know for a fact that he is someone who loves the state of Israel, and is not, as one of his emails accused him, a “Judas goat”.

I’d like to tell you about a second modern rabbi, someone I don’t know nearly as well, but someone whose courage is worthy of the same amount of respect. His name is Victor Urecki, and he’s the rabbi of a synagogue in the place that I refer to as “the other Charleston” – that is, Charleston, West Virginia.

Rabbi Urecki has a keen interest in politics and has been attending AIPAC events for years; he’s even become something of a point person for AIPAC activities in the state.

When the Iran deal was finalized and made public, Rabbi Urecki, who actively uses Facebook to communicate with his congregants, announced that he would reserve judgment until he read the entire text of the agreement. While he was ruminating, he posted articles both for and against the deal, saying that he wanted his followers to take a careful and informed position.

Eventually, Rabbi Urecki announced that he was against the agreement, and he argued his position publicly, but he never stopped posting articles on all sides of the issue.

What’s more, when Florida Congresswoman Debbie Wasserman-Schulz, one of our most prominent Jewish legislators, announced that she would support the deal, the rabbi defended her publicly against those who called her a traitor.

Rabbi Urecki’s approach to the issue also deserves our respect. He was able to embody an all-too-uncommon trait of arguing for the sake of heaven.

This very phrase is mentioned by our Sages in Pirkei Avot, the Ethics of the Fathers, and tells of two more rabbis who are worthy of our admiration: Hillel and Shammai, who lived more than 2,000 years ago, during the early formations of Jewish law.

These two men and their disciples were well-known for disagreeing on numerous aspects of the law. Both men were great scholars, yet Hillel is often thought of as the greater of the two, because we are taught that the law agrees with Hillel’s point of view in all but a few cases. Also, Hillel is known as a man of great patience, while Shammai sometimes would lose his temper.

The reason why Hillel’s opinion is more accepted is because, when he would teach Jewish law to his students, he would always explain Shammai’s opinion before arguing for his own position.

The house of Shammai, meanwhile, would share the house of Hillel’s position only after it would argue for Shammai’s opinion. It’s fair to say that Rabbi Urecki has emulated the admirable behavior of Hillel by sharing articles both for and against the Iran nuclear agreement.

But the story of Hillel and Shammai has another aspect, perhaps the greatest reason why Jewish tradition honors both men. The Talmud tells us that the descendants and students of each scholar often socialized with one another, leading to several marriages between people on either side of the proverbial fence.

This is a tribute to a spirit of cooperation and community in spite of personal differences – a spirit that has been evaporating in today’s American Jewish community.

I share all of this today because I am concerned on multiple fronts. I am concerned about the Iran deal; while it may very well be better than no deal at all, I remain highly skeptical.

But I am even more worried about the state of discourse in the Jewish world. For those who argue that this agreement might annihilate the Jewish population, I say that it might not even come to that, since the verbal abuse in this argument is fraying our connections enough as it is.

And for those who claim that being against this deal is the equivalent of warmongering, it pales in comparison to the warmongering uttered by Iran’s leadership every day. As with every generation, we face people who wish to destroy us, but we need to learn that self-inflicted wounds cut the deepest of all.

And rather, we should follow the example of Hillel and Shammai and their disciples, who found ways to coexist in spite of deep intellectual divisions. Let us not forget to speak with one another with care and respect so that we may combat the threats of the future together.