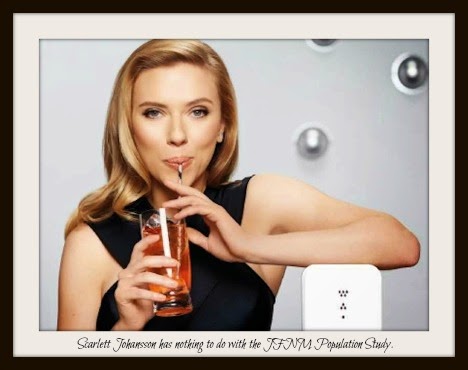 Abq Jew has been following this developing story since it was first hatched. For the record, see
And if you've been following too (you have, haven't you?), you know that the beautiful and talented Scarlett Johansson has nothing at all to do with the JFNM Population Study.

She's only here to attract your eye, dear reader. How's she doing? 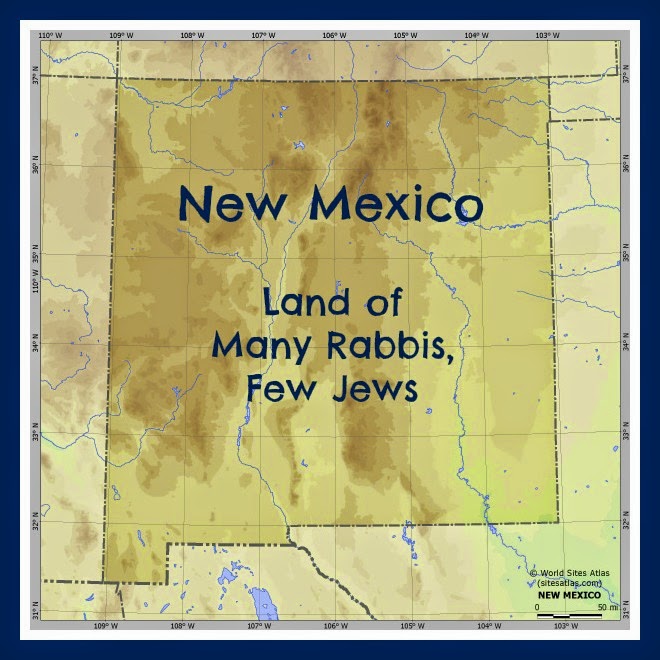 And you also know (see Jews Don't Count) that


By one estimate (see Drasha Diamond Number 1) there are 12,000 Jews and twenty-four (24) ordained rabbis who currently reside in the Land of Enchantment.

Thus, Abq Jew calculates, the Survey has doubled the number of Jews residing in the Land of Enchantment. We learn from the press release


In conjunction with the work of the Steinhardt Social Research Institute at Brandeis University, the preliminary results of the survey revealed that New Mexico has a growing Jewish population with approximately 24,000 residents, double the amount [sic] the Jewish Federation of New Mexico previously estimated.

The important take-away here is that the crucial NM rabbi-Jew ratio has also doubled. There is now one rabbi for every 1,000 Jews in our state.

So, Abq Jew hears you ask. Who is SSRI, and how did they come up with such an audacious number? The SSRI website tells us


The Steinhardt Social Research Institute is dedicated to providing unbiased, high-quality data about contemporary Jewry. The institute conducts socio-demographic research, studies the attitudes and behavior of U.S. Jews, and develops a variety of policy-focused analyses of issues such as intermarriage and the effectiveness of Jewish education. The institute's work is characterized by the application of cutting-edge research methods to provide policy-relevant data.

Steinhardt Social Research Institute researchers have been audacious in their application of new social scientific approaches and their willingness to tackle key societal challenges. SSRI research informs discourse about religious-ethnic identity and, in so doing aids efforts to ensure a vibrant future for the Jewish community.

If you'd like to know more about SSRI, the American Jewish Population Study, and all sorts of similar things - and who wouldn't? - you can click here and here.

Here is one thing you'll learn:

Over 60% of American Jews live in just six states.

It's true. Wikipedia tells us


Four states ... are observable in everyday life: solid, liquid, gas, and plasma. Many other states are known such as Bose–Einstein condensates and neutron-degenerate matter but these only occur in extreme situations such as ultra cold or ultra dense matter.

Oops! That was states of matter. SSRI is talking about states that matter: New York, California, Florida, New Jersey, Massachusetts, and Pennsylvania.


But not New Mexico.

And if there really are 24,000 Jews living here - a full 1% of New Mexico's total population - Abq Jew asks, as Fermi asked (in a somewhat different context; see Goldilocks & The Jews) 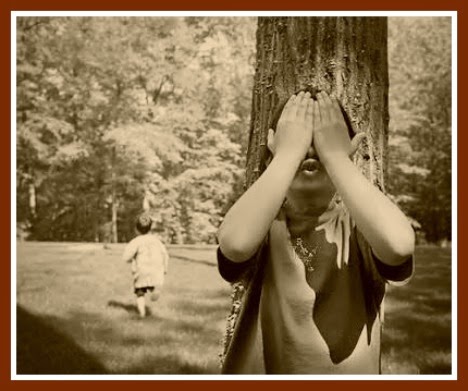 Now, we also learn from the press release (as if we didn't already know)


According to the survey results, Jews reside throughout New Mexico, though most live in the Albuquerque and Santa Fe metropolitan areas.

Abq Jew, you'll be very pleased to know, has figured out the answer. 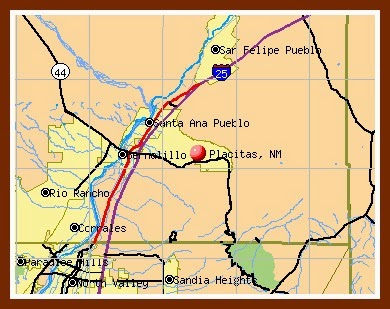 And the fact that the 2010 Census found Placitas to have but 4,977 residents only proves how well-hidden Placitas's Jews are.

Complete preliminary results of the Survey will be posted at

And Abq Jew will (Billy Nader) be back with more insightful commentary on the Survey results. And with singing pie charts! Sorta like this one - 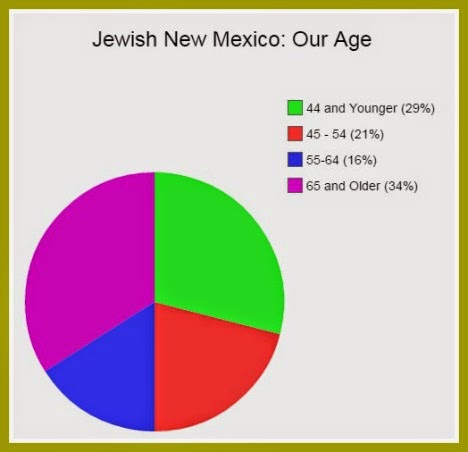 Sing to the tune "Where Have All the Young Jews Gone?"

So why do we only have 30 +/- members in the Placitas Havurah?