Golem Rocks: Abq Jew is pleased to announce that the klezmer-rock band Golem will be performing at this year's ¡Globalquerque! 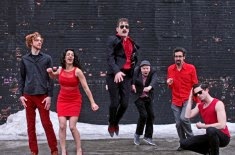 And just to let you know -

Golem performs nationally across the United States and internationally, in clubs and festivals in France, Germany, Poland, Sweden and Mexico. 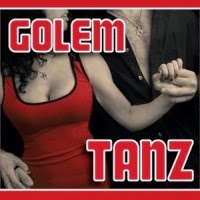 Their new release, Tanz (2014), on the prestigious Mexican label Corasón Digital and produced by Tony Maimone of Pere Ubu, marks a conscious move into new territory, with mainly original material.


The album was released to great critical acclaim, and was reviewed on the NPR program "Fresh Air."

Golem's music has been featured in several films and documentaries from the U.S., Germany and Russia, and most recently the band performed on an episode in season 4 of the hit television show, "Louie."

Golem is known for its virtuosic musicianship, theatricality, humor and fearless wild energy, combined with a boundless love of tradition.

Golem is “not your father’s klezmer band, unless of course your father was Sid Vicious” (Jewish Week).

Want to know what Golem sounds like? Here is a sample: