There Is No 'Why' Here

When Italian chemist Primo Levi arrived at Auschwitz, after a winter train ride jammed into unheated box cars with 650 other Jews, he was thirsty. Hanging from the eave of a building were icicles. Levi asked a guard if he could have one. The guard said, “No”. Levi asked why. The guard responded, “There is no why here.”

Levi survived Auschwitz along with only 20 of the 650 Jews who arrived there with him. Millions more were murdered in the death camps. As the magnitude of the Holocaust became clear, Winston Churchill said, “We are in the presence of a crime without a name.” The word genocide resulted from Churchill's comment.


Art often doesn't need a name or a word to explain something.

Seventy years later there is still no “why” in the remains
of the Nazi extermination camps.

Over a span of ten years, from 1994-2004, he photographed what was left of the camps and turned those photographs into unique art works that give viewers a glimpse, a fragment, of what the camps were.

Koenig was a New Mexico artist of international renown. That fame rested, in large part, on the decade of work he spent photographing the remnants of ten Nazi death camps. He was haunted by the questions raised by the Holocaust and sought answers through his art.

Beginning with straight photographs, Koenig developed them into majestic, harrowing works of art using a unique printing process he invented and perfected. The end result was a transformational body of art that explores the pure evil of the camps.

The resulting gumoil prints, each of which took several weeks to produce, are powerful photographs of the remains of Holocaust concentration camps.

His work has been exhibited in galleries and museums all over the world, but never before in his native New Mexico. Now his photographs are coming home.


You can see them for yourself
at the Albuquerque Photographers' Gallery
from August 16 through September 30.
The Opening Reception is on Saturday August 16,
from 5:30 through 9:00 pm.

The original prints, shown at the Houston Holocaust Museum exhibition are scheduled to be shown on a national and international tour after our New Mexico show.

A very limited number of original gumoil prints from the broader Holocaust body of work will be available for purchase as will copies of Koenig's book, Fragments: Architecture of the Holocaust, An Artist's Journey Through the Camps.

Albuquerque Photographers' Gallery is located in Albuquerque's Old Town at 303 Romero Street. You'll find it on the second floor, in the Northeast corner of Don Luis Plaza, across the street to the west of the church. (There is an elevator on the south side of the building.)

The gallery will be open during the exhibition every day from 10:00 am until 6:00 pm. 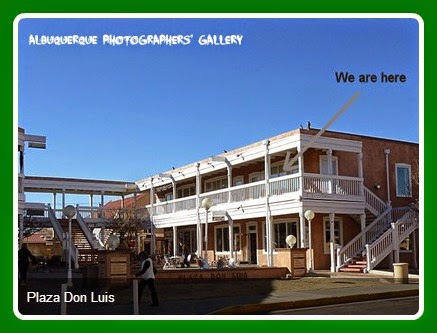 Further information is available at the gallery's website
http://www.abqphotographersgallery.com