Speaking Out in Closed Societies

Norma Libman @ Osher: The Osher Lifelong Learning Institute at the University of New Mexico is pleased to present Lecturer and Workshop Leader Norma Libman discussing "Speaking Out in Closed Societies.” 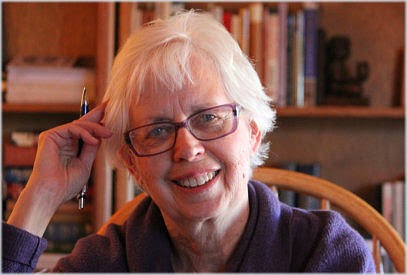 In pre-Communist China women in the small villages of Hunan Province developed their own secret writing system. They used this script to communicate with each other because they were not allowed to go to school and learn Mandarin.

Their script is called Nu Shu, which means women’s writing. It was usually sewn into household linens as decoration, in order to disguise its true purpose. Norma Libman has written a novel, Lonely River Village, based on actual writings preserved from this era.

If women's tears were gathered
they would make a river wider
and longer than the Yangtze River.
- Anonymous Nu Shu

She will tell us how she discovered the Nu Shu, how she obtained translations and how she wrote this story of women who refused to be silenced in a culture that did not value their contributions.

Norma Libman is a journalist and lecturer who has been collecting women's stories for more than twenty years. Her areas of concentration are crypto-Jews and Conversos, Chinese women writers of Nu Shu, and diaries of women pioneers.

She has published more than 500 articles in newspapers nationwide on many topics, and has also written for textbook publishers and newsletters.

Norma has degrees in education and literature from Northeastern Illinois University in Chicago. She has taught writing, literature and humanities at universities and colleges in Illinois and New Mexico, and has written The Memoir Writing Workbook for use in her writing workshops.

If you can't make it to Norma Libman's class at Osher, here are a few more places where she will be discussing Lonely River Village and similar themes:

The Osher Lifelong Learning Institute was established through a grant from the Bernard Osher Foundation in 2007 and membership in the Osher community is open to adults age 50 plus who are seeking intellectually challenging, psychologically probing and spiritually engaging learning opportunities.
Membership is only $20 per calendar year and entitles the holder to several discounts and benefits on and off-campus. For more information, please contact Maralie BeLonge, Osher Program Supervisor at 277-6179 or belonge@unm.edu or visit the website at http://ce.unm.ed.