And More!  This Shabbat we will again read Parshat Noah, the one portion of the Holy Torah that reminds us New Mexijews (although this year we didn't need any reminding) that there can be such a thing as 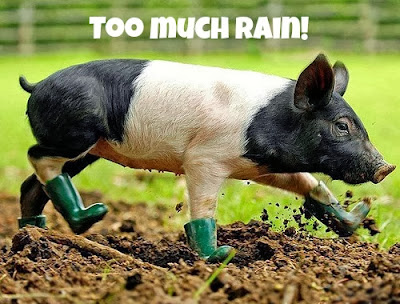 Yes, it was only August 2012 (see Noah! Send Out The Dove!) that Abq Jew first brought you Matti Caspi and Chocolat, Menta, Mastik singing their '70s hit..

But here it is again, and only because a) it is Parshat Noah; and b) this performance reminds Abq Jew of days ... and years ... gone by. Nostalgia.

And since then, Abq Jew has discovered the website

wherein he (and you) may discover the tranliterated and translated words to our favorite Hebrew songs. Such as Noah, which begins:

Noah - we did not forget how it is during rain and storm
Noah - you gathered the forest animals into the ark.
Two, two of every species
The lion, the mammoth, the camel and the lizard fish
And the hippopotamus too.
Oh how you opened the window
And out of the white sky
The dove comes. 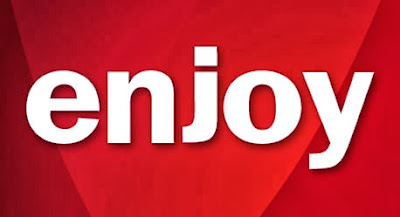 Matti Caspi (מתי כספי‎) is an Israeli composer, musician, singer, and lyricist. Born in 1949, he is regarded as one of Israel’s top musicians. 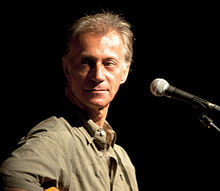 Caspi has released close to 1,000 songs, both remakes of older songs and his original creations. His musical style is well known, especially for his harmony and popular writing style. Musicologist Tzipi Fleischer said:


He is the genius among his fellow artists, he set an important milestone in the history of the music of the world. Caspi has invented his own new musical language. As I sit and analyze his harmonies I find myself amazed all over again each time. The fact that he functions as the performer, arranger and conductor has formed a certain reservedness and introversion, but the truth is that he is a musical wild man. He is the one who promoted sophistication and western standards to the region.

In 2005, he was voted the 91st-greatest Israeli of all time, in a poll by the Israeli news website Ynet to determine whom the general public considered the 200 Greatest Israelis. 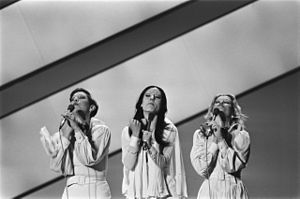 Chocolat, Menta, Mastik (שוקולד מנטה מסטיק: Chocolate, Mint, Gum) was an Israeli female musical trio, active in the 1970s, composed of Yardena Arazi, Ruthie Holzman and either Tami Azaria (1972-1973) or Leah Lupatin. All the girls served in the IDF as part of the Nahal Ensemble.

The trio performed both in Israel and Internationally, especially after being the 1976 entry to the Eurovision Song Contest in The Hague.

Here they are, singing one of Abq Jew's old favorites.

And speaking of the Land of Israel - Cantor Barbara Finn and Congregation Albert will be visiting next year. Just sayin'. 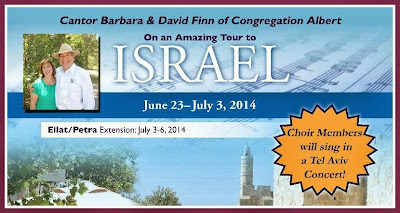