A Rainbow Will Appear

If you missed shul last week and can't remember how the story ends (spoiler alert!): 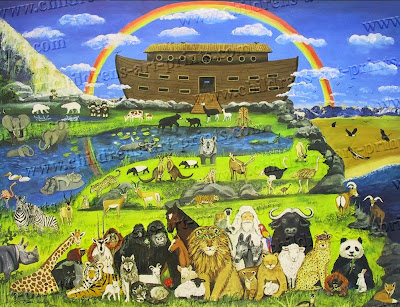 The rain stops.
A rainbow appears.
The story continues.

To celebrate - and why shouldn't we celebrate? the world hasn't ended yet! (although a noticeable portion of said world remains unfunded) here are, once again, Chocolat, Menta, Mastik (שוקולד מנטה מסטיק: Chocolate, Mint, Gum).

Once upon a time, someone (Abq Jew forgets who) gave Abq Jew a gift certificate for a free lobotomy (see Tom Lehrer, Atomic Cocktail & Uranium Rock).

Which Abq Jew has unfortunately misplaced.

Meanwhile, Andy Borowitz (of The New Yorker's The Borowitz Report) reports that

WASHINGTON (The Borowitz Report)—In an escalation of the stalemate gripping Washington, House Republicans voted today to shut down the prefrontal cortex, the part of the brain that controls reasoning and impulses.

The resolution, which passed with heavy Tea Party support, calls for a partial shutdown of the brain, leaving the medulla and cerebellum, sometimes referred to as the “reptilian brain,” up and running.

The Tea Party caucus cheered the passage of the bill, which was sponsored by Minnesota Congresswoman Michele Bachmann, who called the measure “long overdue.”

House Speaker John Boehner (R., Ohio) offered no timetable for restarting the prefrontal cortex, telling reporters, “It will most certainly remain shut down during any negotiations with the President. That’s the only leverage we have.”

Representative Bachmann agreed: “The President can go ahead and put a gun to our heads. There’s nothing there.”

While the G.O.P.’s decision to shut down the prefrontal cortex rattled Wall Street, the neuroscientist Davis Logsdon said it should be seen as little more than a symbolic vote, noting, “It’s actually been shut down since the 2008 election.” 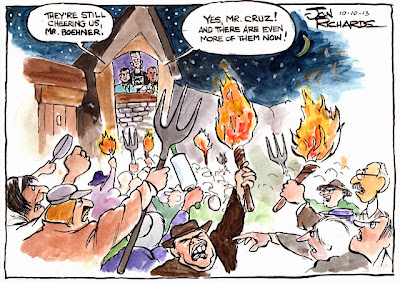