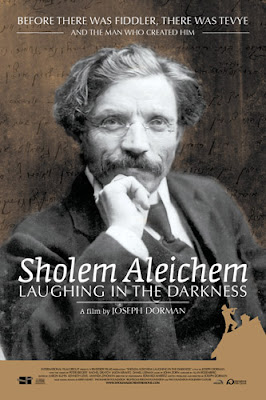 A riveting portrait of the great writer whose stories became the basis of the Broadway musical Fiddler on the Roof. Sholem Aleichem: Laughing in the Darkness tells the tale of the rebellious genius who created an entirely new literature. Plumbing the depths of a Jewish world locked in crisis and on the cusp of profound change, he captured that world with brilliant humor. Sholem Aleichem was not just a witness to the creation of a new modern Jewish identity, but one of the very men who shaped it.

Using rarely seen photographs and archive footage, the voices of actors Peter Riegert and Rachel Dratch, and interviews with leading experts and the author’s own granddaughter, author Bel Kauffmann, the film brings to life as never before Sholem Aleichem’s world and his timeless stories.