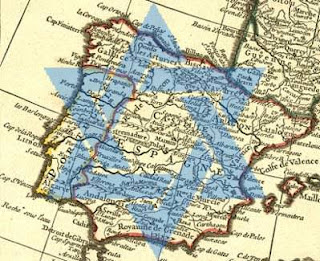 An unprecedented week+ of film, music, exhibits and lectures highlighting the extraordinary historic and contemporary journey of the Jewish people after their expulsion from Spain in 1492.

Click here for the complete schedule.  Events will take place in both Albuquerque and Santa Fe, starting with:

Sun 06 Nov @ 5:00 pm @ Hotel Andaluz Abq: ¡Celébrate! with Flamenco, tapas, wine, salsa lessons, silent auction, and fun!  The Board of Directors of the New Mexico Anti-Defamation League Invites you to Celebrate our third year of ¡Celébrate! The Jewish Experience in Spanish Speaking Countries in New Mexico, and its National Launch in 2012!

Wed 09 Nov @ 6:00 pm @ NHCC Abq: Opening Night Exhibit: Visas for Freedom .. Spanish Diplomats and the Holocaust: The little-known story of how Spanish diplomats saved Jews during the Holocaust.  This fascinating exhibit from Spain documents the little-known history of Spanish Diplomats stationed at embassies, legations and consulates in Germany, France, Hungary, Greece, Romania and Bulgaria who at great personal risk in the face of German hostility and the vacillation of the Franco government, saved thousands of Jews leading up to and during the Holocaust.