Who Quickens the Dead

Drop Dead Lucky: It is now about one week since Damar Hamlin dropped dead at Paycor Stadium in Cincinnati. Yes, yes he did. He died. Right there on the field. No heartbeat, no pulse, no breath. Dead. 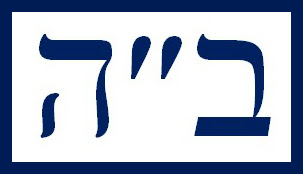 And then he was brought back to life. In real time, as we all watched. 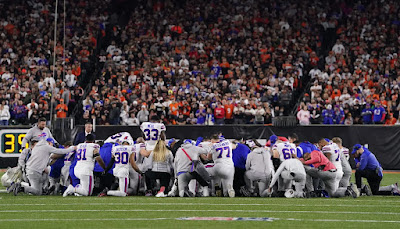 As the ambulance carrying the injured Buffalo Bills player Damar Hamlin rolled slowly off the field in Cincinnati Monday night, a huddle of players and team staff knelt in a massive yet intimate circle on the field.

They bowed their heads, some placing hands on each other’s shoulders and others with tears streaming down their faces, in a moment of spontaneous prayer led by the team’s chaplain, Len Vanden Bos. The hushed crowd at Paycor Stadium burst into applause as the players knelt and again as they rose.

It was the first of many prayers in an extraordinary display of public piety that unfurled across the country in the hours and days after Mr. Hamlin’s collapse after what looked like a routine collision early in the game.

Who also points out that

Christianity is embedded in N.F.L. culture in a way that goes beyond most sports; “Lord, I need you, please be by my side.”

This, of course, raises the question: 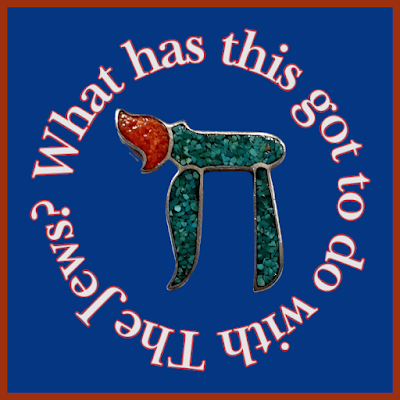 Well, there are a lot of ways The Jews are involved. (Yes, it is all about us.) We Jews pray every day -

And You are faithful to restore the dead to life!
Blessed are You, G-d, resurrector of the dead.

Is that what we all witnessed? Did The Holy One, Blessed Be He, look down from Heaven, see what had happened to his beloved Buffalo Bills teammate, hear the devout thoughts and prayers of the multitudes, and take swift and appropriate action?

Boy, that would be great, wouldn't it? 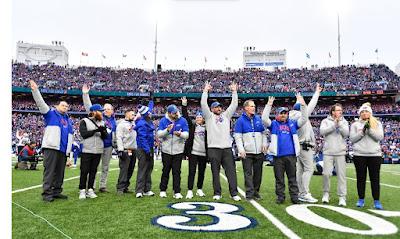 But then, we Jews would all have to ask

And Abq Jew thinks G-d may not have a good-enough answer.

Moreover, Abq Jew thinks he'd have a hard time finding many other Jews who would subscribe to that theory. Most Jews, Abq Jew expects, would rather wake up to the Bills medical team working to save his life than to his teammates praying to G-d for the same ending.

CAUTION: Do not Google "medical team bills".
Your results will be very different from what you expect.

Jews, of course, are forbidden d'Rabbanan [by Rabbinic rule] (some say d'Orayta [by the Torah]) to play football. From ShemaYisrael.com:

Rambam says that to keep oneself healthy and vigorous is a commandment from the Torah. We are obligated keep away from anything that damages or lessens the body. This is part of serving Hashem [Hilchos Dayos 4:1]. One does not have permission to harm himself ... [Choshen Mishpot 420:31].

The Chofetz Chayim [Likutai Amorim 13] says that this halacha shows that we are not our own "property," we BELONG TO HASHEM. Hillel made a point to keep himself clean and to eat adequately.

When asked why, he said that the body is created in Hashem's image, it is for serving Him during one's fleeting lifetime and it is obligatory to take good care of the body [Vayikra Raba 34:3]

And then there's the question -

Are Jews even allowed to watch football? Abq Jew is not sure.

But Abq Jew is willing to bet (another questionable activity for Jews, although it appears to be permissible so long as one does not derive his living solely from it) that no Jews ever willingly attended Roman gladiator games.

Perhaps someday we will outlaw football as just another cruel and immoral form of combat-as-entertainment. But in the meantime: 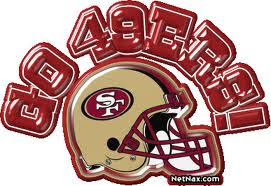 So let's look at that "resurrector of the dead" prayer.

Sure, we Jews say it in the Amidah thrice daily. But when else do we say it?

The School of Rabbi Yannai taught that we should say it when we wake from sleep. These days, most of us just say Modeh Ani. But an earlier tradition encourages us to consider the simple act of regaining consciousness in the morning equivalent to rising from the dead.

Rabbi Yehoshua ben Levi said (Babylonian Talmud Berachot 58b) that someone who sees his friend after 12 months should say it. Of course, he meant 12 months of no letters, no phone calls, no texts, no Facebook postings or Twitter tweets. But still. 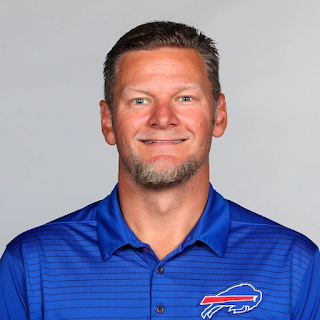 Bills assistant athletic trainer Denny Kellington is receiving thanks from Bills fans and athletic trainers nationwide after he was cited by Sports Illustrated's Albert Breer as a hero for his work administering CPR to Damar Hamlin after Hamlin collapsed on the field Monday in Cincinnati.
Hamlin's heartbeat was restored on the field and he was given oxygen from a portable tank to help him breathe, the Bills said.

Denny Kellington is literally the [Human] Being who brought Damar Hamlin back to life. (Yes, many people helped, along with a million dollars worth of advanced medical equipment and extensive training. And there are, thank G-d, thousands of EMTs, nurses, and doctors who do this every day. But still.)
Who else has revived the dead? In the Jewish tradition: only Elijah and Elisha. In other traditions: plenty of others. In the meantime - 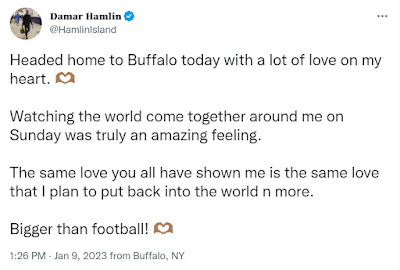 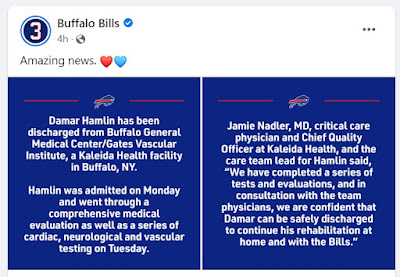