Spain's Law of Return: It is with mixed emotions that Abq Jew informs you that the response to Spain's Broken Promises to atone for the Alhambra Decree and the horrors of the Inquisition has recently received a bit more publicity.

Abq Jew is, of course, deeply saddened by the need for such publicity. But he is heartened to see that the publicity is coming - from many quarters, now.

A few days ago, Michael Tashji wrote in the Santa Fe New Mexican:

Barriers arise for descendants of Spanish Jews seeking right of return
More than 500 years after Spain banished tens of thousands of Jews during the Inquisition, the Spanish Parliament made an attempt to atone for the transgression by offering descendants a right of return and a path to citizenship.
The program, approved in 2015, proved popular. But after receiving an onslaught of applications, perhaps over 50,000, Spain recently changed its rules, leaving many applicants in limbo and flatly rejecting others — a move that risked reopening wounds the nation had sought to heal.
Several New Mexico descendants of banished Jews were among those whose applications had stalled. They turned to elected officials for help.
In October, U.S. Rep. Teresa Leger Fernández and U.S. Sen. Ben Ray Luján joined other Democratic lawmakers in making an appeal to Spanish Prime Minister Pedro Sánchez.

Mr Tashji explains that in 2015, Spanish King Felipe VI delivered a speech to Sephardic Jews and their descendants, apologizing for harms of the past and welcoming them back to Spain.

“Thank you for having kept, like a precious treasure, your language and your customs. They are ours, too,” he said. “Thank you, too, for making love prevail over rancor, and for teaching your children to love this country.”

Over the next four years, Spain accepted tens of thousands of applications for citizvenship from the descendants of Spanish Jews. The situation looked very promising. But, Mr Tashji continues -

Recently, however, a number of major bureaucratic changes to the right of return program have slowed — and even stopped — the process.

Leger Fernández and her colleagues wrote in their letter to the prime minister, “Before this year, only one person had been turned down, and some 34,000 have been accepted. This year, thousands have been rejected, and even more haven’t received a response.”

“Although Ambassador [to the U.S. Santiago] Cabanas has stated to our offices that the process for granting nationality through this channel has not changed, it appears that there are numerous changes that have caused rejections,” the letter continued.

Those changes include overriding the authority of notarios to verify Sephardic ancestry, denying certificates of Sephardic origins issued by authorized Jewish organizations, changing the requirements of the genealogical documents already submitted and retroactively requiring a “special connection” — such as a donation to a Spanish charity — to have occurred before the right of return was offered.

“We urge you to rescind these changes. The broken promise of the noble gesture of reparation wounds more than if Spain had never made the offer of return in the first place,” the U.S. lawmakers wrote.

Many people in New Mexico seeking to establish their genealogical heritage for a right of return received assistance from the Sephardic Heritage Program at the Jewish Federation of New Mexico (JFNM). 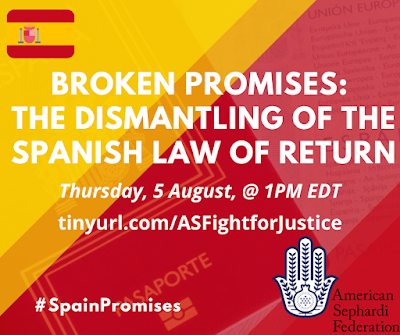 In August 2021, the JFNM joined with the American Sephardi Federation to present Broken Promises, a webinar that showcased the troubles affecting Spain's right of return offer.

And yes, US Congresswoman Teresa Leger Fernandez was a featured speaker at that important event - which was recorded. 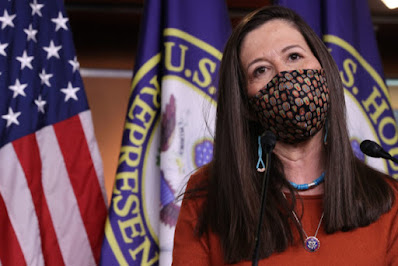 As it turns out - in December 2021, Capitol Hill reporter Marc Rod wrote a very interesting piece about Representative Leger Fernandez that ran in the Jewish Insider (JI). It begins:

ENCHANTED PATH
Leger Fernandez charts uniquely New Mexican path in Jewish community relations
While she’s largely stayed out of the spotlight on Israel issues, the New Mexico congresswoman has been a leader in advocating for descendants of conversos

In early December, a small group gathered around a Zoom screen in a living room in Northwest Washington to hear from a perhaps unusual set of speakers — two officials from Givat Haviva, a nonprofit run by Israel’s Kibbutz Federation, and Rep. Teresa Leger Fernandez (D-NM), a first-term New Mexico congresswoman who has not been particularly outspoken on Israel issues during her time in office.

The event earlier this month, organized by Heart of a Nation, a pro-Israel group launched earlier this year by former longtime AIPAC official Jonathan Kessler to bring together progressive Americans, Israelis and Palestinians, appears to be one of Leger Fernandez’s first forays into the national pro-Israel space.

The congresswoman’s remarks focused primarily on her personal background and New Mexico’s history of mixed indigenous, Spanish and Sephardi backgrounds and cultures.

But - perhaps most importantly - about the Sephardic connection to Spain -

The freshman congresswoman’s most prominent engagement with Jewish community issues has been in a niche deeply connected to New Mexico’s history, as a vocal advocate for restored Spanish citizenship for descendants of Jews and conversos expelled from Spain during the Inquisition.

Leger Fernandez’s ancestors include Jews who fled Spain, and one relative was burned at the stake in Mexico City due to his religion.

Descendants of Sephardi Jews — both Jewish and non-Jewish — are a significant population within her district as well, and Leger Fernandez frequently emphasizes New Mexico’s unique history of cultural “integration,” noting in her Heart of a Nation speech, “in our cathedral we have the Star of David because the Jewish community helped construct the cathedral.”

Representative Leger Fernandez described the Spanish government's apparent backtrack as “antisemitic” at a recent Hanukkah event in her district. According to Dr Sara Koplik, who led [with Rabbi Jordi Gendra] the Sephardic Heritage Program at the Jewish Federation of New Mexico -

“Everybody is connected to somebody who used to be Jewish 400 years ago, 500 years ago. Leger Fernandez was concerned that this program, which had such promise, was looking like it was falling apart.

This all started (in a manner of speaking) with the July 2021 exposé that Nicholas Casey wrote in The New York Times, and which Abq Jew wrote about in August' 2021's Broken Promises. Which begins -

Spain Pledged Citizenship to Sephardic Jews. Now They Feel Betrayed.  In 2015, Spain said it would give citizenship to the descendants of Sephardic Jews expelled during the Spanish Inquisition. Then rejections started pouring in this summer. 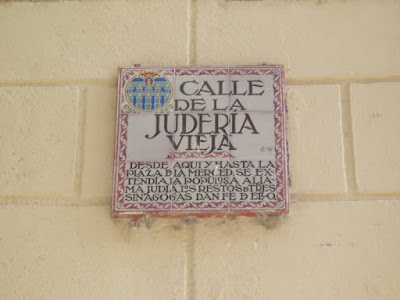 Let's keep this issue alive until the problems are solved!