Abq Jew warmly invites you to check out
this now-classic Rosh Hashanah hit from 5772:
Dip Your Apple!
by The Fountainheads of Ein Prat

No apples, pomegranates, babies, or smartphones
were harmed in the filming of this video.
Please don't feed babies honey.
===============================
In this time of crazy hope (see Let's All Go Crazy!) mixed with blistering despair, Abq Jew suggests we talk turkey. No, it's not time yet for Thanksgiving - we still have all the Jewish holidays to somehow get through. Together yet separated.
Then Indigenous Peoples' Day (fka Columbus Day) and Halloween. 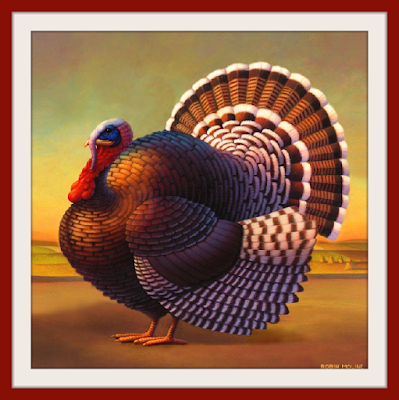 The Turkey Prince
A prince once became mad and thought that he was a turkey. He felt compelled to sit naked under the table, pecking at bones and pieces of bread, like a turkey. All the royal physicians gave up hope of curing him of this madness. The king grieved tremendously.
A sage arrived and said, “I will undertake to cure him.” The sage undressed and sat naked under the table, next to the prince, picking crumbs and bones. “Who are you?” asked the prince. “What are you doing here?” “And you?” replied the sage. “What are you doing here?”

They sat together like this for some time, until they became good friends.

One day, the sage signaled the king’s servants to throw him shirts. He said to the prince, “What makes you think that a turkey can’t wear a shirt? You can wear a shirt and still be a turkey.” With that, the two of them put on shirts.
After a while, the sage again signaled and they threw him pants. As before, he asked, “What makes you think that you can’t be a turkey if you wear pants?”
The sage continued in this manner until they were both completely dressed.

The sage continued in this manner until the prince was completely cured. 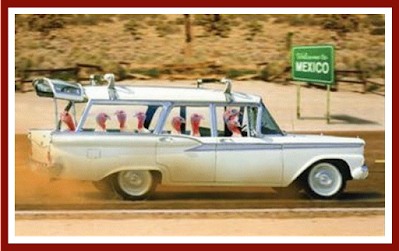 The main interpretation of this story is that the prince represents a simple Jew who has forgotten his true self, and the sage represents a Hasidic Rebbe who has the cure for his soul.

Rather than condemn the simple Jew for being non-religious, the Rebbe "descends" to his level to meet him where he is, then shows him how to return to God, step by step, and in a manner that he can accept.

Some Breslov Hasidim say that the "wise man" is Rebbe Nachman, himself. 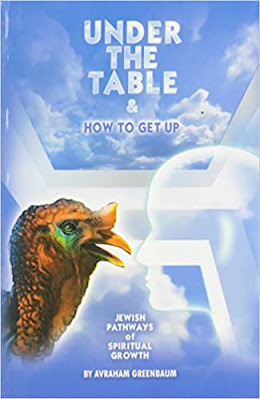 In 1991, Rabbi Avraham Greenbaum, himself a Breslover Hasid, published an entire self-help book based on this story, entitled Under the Table and How to Get Up.

This book goes, step by step, through the story, expanding each detail into a personal lesson on spiritual growth.

Horse? Mule? Rooster? Turkey? Peacock?  There is some debate as to which barnyard bird was originally being referred to in the story. The parable was originally told in Yiddish, using the word 'אינדיק'. Indian rooster?
Both "The Turkey Prince" and "The Tainted Grain" - Two Timely Tales of Rebbe Nachman of Breslov - will be Zoom discussed on Wednesday, September 23, by Rabbi John Feldman, Dr Michael Nutkiewicz, and Rabbi Dov Gartenberg.
In the meantime - 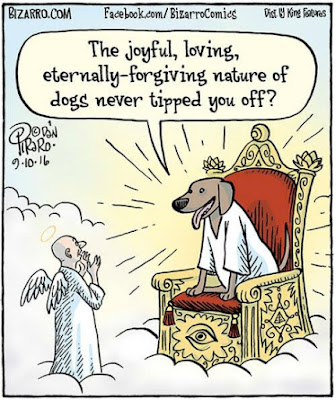