A Short History of Ashdod

Life In Ruins: Have you been to Ashdod? If you've been on a tour to Israel - maybe yes, but then again, maybe not. It's on the coast (see last week's Israel Driving to The Right), but way off the Haifa - Tel Aviv - sometimes Beer Sheva - Jerusalem tourist main line.

Abq Jew hasn't been to or seen the port city of Ashdod in 50 years, when it was an integral part of his own, personal Old Israel.

50 years ago, when Abq Jew's parents, of blessed memory, had an apartment on Simtat HaSneh in Ashkelon - Abq Jew's father worked as a Quality & Reliability Engineer at ELTA Systems, a subsidiary of Israel Aerospace Industries (IAI).

Oy! Oy! Oy! In Old Israel. But we learn from Wikipedia -

Ashdod (אַשְׁדּוֹד‎) is the sixth-largest city and the largest port in Israel, accounting for 60% of the country's imported goods.

Ashdod is located in the Southern District of the country, on the Mediterranean coast where it is situated between Tel Aviv to the north 32 kilometres (20 miles) away, and Ashkelon to the south 20 km (12 mi) away.

Jerusalem is 53 km (33 mi) to the east. The city is also an important regional industrial center.

Modern Ashdod covers the territory of two ancient twin towns, one inland and one on the coast, which were for most of their history two separate entities, connected by close ties with each other.

The first documented urban settlement at Ashdod dates to the Canaanite culture of the 17th century BCE.

Ashdod is mentioned 13 times in the Bible. During its pre-1956 history the city was settled by Philistines, Israelites, Greek colonists coming in the wake of Alexander's conquests, Romans and Byzantines, Arabs, Crusaders, and Ottoman Turks. 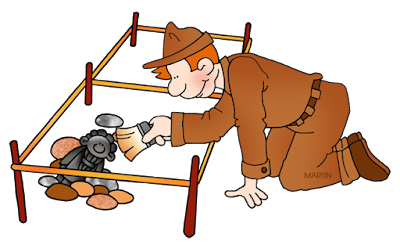 The site of Ashdod in the Bronze Age was at a tel just south of the modern city. It was excavated by archaeologists in nine seasons between 1962 and 1972.

The effort was led during the first few years by David Noel Freedman of the Pittsburgh Theological Seminary and Moshe Dothan. The remaining seasons were headed by Dothan for the Israel Antiquities Authority.

Abq Jew was blessed to participate in the archaeological excavation of Tel Ashdod during the 1968 Summer Season. How and why, you may ask?
Because Abq Jew was on a pre-college, eight-week, tightly-scheduled Summer Tour of  Israel - in the heady days following the Six-Day War. And he had a choice: a week at an archaeological dig (as it is called), or a week on a kibbutz. 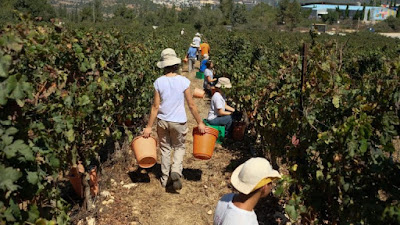 Having grown up (as much as anyone can) in rural Santa Clara Valley, California (unlike most of the group, who were citified East-Coasters); and having had the experience of picking crops during a hot summer; and having no great desire to rise at 5:00 am to relive that experience; Abq Jew chose the dig.

So. The above photo shows some of the exciting (stone upon stone) Crusader ruins on Ashdod's coast. But our dig (at a separate site about a mile inland) was digging deeper - to the Bronze Age.

Ashdod is first mentioned in written documents from Late Bronze Age Ugarit, which indicate that the city was a center of export for dyed woolen purple fabric and garments.

At the end of the 13th century BCE the Sea Peoples conquered and destroyed Ashdod.

By the beginning of the 12th century BCE, the Philistines, generally thought to have been one of the Sea Peoples, ruled the city.

During their reign, the city prospered and was a member of the Philistine Pentapolis (i.e. five cities), which included Ashkelon and Gaza on the coast and Ekron and Gath farther inland, in addition to Ashdod.

OK then. Let's jump to the Iron Age.

In 950 BCE Ashdod was destroyed during Pharaoh Siamun's conquest of the region. The city was not rebuilt until at least 815 BCE.

The city was destroyed again by the Assyrian Sargon II. The city absorbed another blow in 605 BCE, when Nebuchadnezzar conquered it.

As for the Hebrew Bible: Upon Joshua's conquest of the Promised Land, Ashdod was allotted to the Tribe of Judah (Joshua 15:46). This and other Biblical references remain uncorroborated by archaeological finds.

During the Hellenistic Period, the city changed its name to the more Greek-sounding Αzotus and prospered until the Maccabean Revolt.

During the rebellion, Judah Maccabee "took it, and laid it waste." His brother Jonathan conquered it again in 147 BCE and destroyed the Temple of Dagon, of Biblical fame.

But here is what Abq Jew wants you to remember:

On the Road to Tel Ashdod and
The Greatest Pun Ever Told.
G-d willing אי״ה Ken O'Hara pt pt pt
perhaps even next week!