The Sorrow and the Pithy

Are We Allowed to Laugh Now? While most of us sit quietly - and safely - in our homes, danger and sorrow have spread throughout these United States.

The danger and sorrow were brought forcefully to Abq Jew's attention after he posted the following parody "Breaking News" photo and chyron to his personal Facebook account. 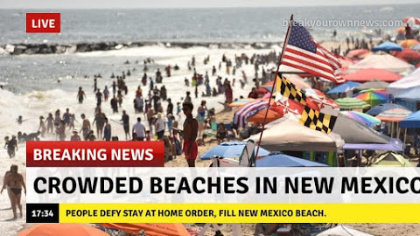 Now, to us New MexiJews - or to any of us New Mexicans, regardless of race, creed, or color - this is very funny. Or - good for a chuckle, at least. Why?


There are no beaches* in New Mexico.


* Actually, there are. Abq Jew will blog about that later, Billy Nader.
But there are certainly no sea beaches in the Land of Enchantment.

In response to this Facebook posting, Abq Jew received one Like, one Wow, and about 18 Hahas. Plus a few comments, mostly on the order of

But there was one comment, from a distant FB friend, that stopped Abq Jew cold - as it was intended to do.


Hilarious.
How many people do YOU know
who have died in the last six weeks?
I'd count my 20 digits and still would keep counting.
Plus the suicide of my friend of 35 years.
And I can't fulfill my holy [cantorial] work
for their souls or support their loved ones
as they should be.
Hilarious. 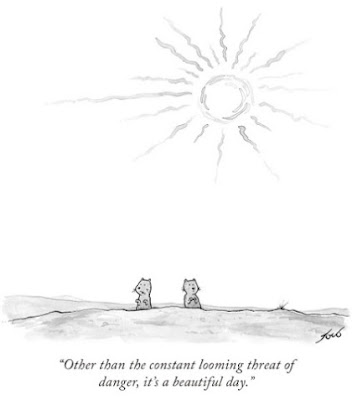 It makes you think. 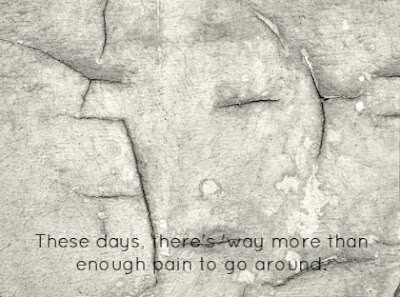 We all recognize that the danger and the sorrow
are not shared equally.

There will be bad days. But there will also, Abq Jew firmly believes, be good days. What we've got to do now is help each other get through the bad days. 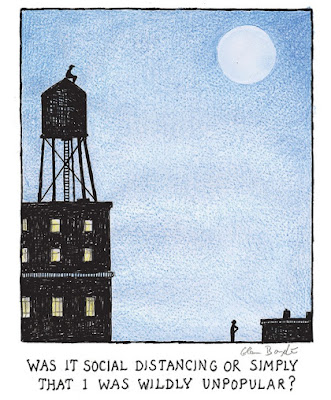 A bit of laughter helps.

Humor can transform pessimism into optimism.
Resignation into hope. Present into the future. 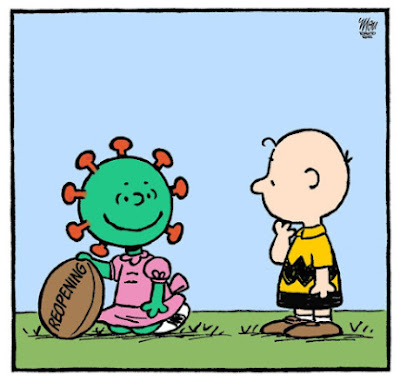 This man posts a daily ‘bad dad joke’ in his front yard. People groan, but they love it.


Maryland’s stay-at-home covid-19 order has been stressful for Ann and Tom Schruben, self-employed workers who live in Kensington with their 11-year-old daughter.

Ann noticed her husband was a little grumpy. He’s generally a cheerful guy who likes to crack jokes and puns.

In fact, their daughter, Darcy, had given him a book of “exceptionally bad dad jokes” as a Christmas present.

When Ann heard a friend in Ohio was posting a daily joke in front of her house, she told Tom he should do the same thing. Tom resisted. Then, about two weeks ago, he grabbed a whiteboard and wrote at the top “BAD DAD JOKES.” He scrawled in purple ink:

Hold on — I have something in my shoe!
I’m pretty sure it’s a foot.

At 8 a.m. on April 17, he set the whiteboard near the footpath in front of his house and waited inside his screened-in porch to see if anyone reacted. Nothing. A few hours later, he heard a chuckle from outside.

“Once he got his first laugh, it was so satisfying to him,” said Ann, a landscape designer.

The next day he woke up at 7 a.m. and scribbled his second bad dad joke:

Without geometry, life is pointless.

Soon, he heard people laughing as they walked by his home, along a creek on the edge of Rock Creek Park.   <Read more> Dan Rather (@DanRather) has tweeted:


We have no choice but to go on.
And in going on, to try to
make the world a better place. 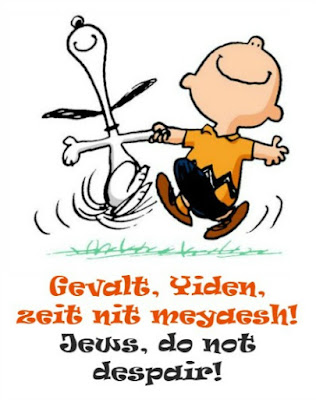