& Simmy Cohen: It has come to Abq Jew's nearly-dormant attention that many of us are experiencing shortages during this covid-19 pandemic.


We have, as Israelis are saying, made it past Pharaoh. And we'll make it past this. Still, something is missing. Yes, we'll keep calm and carry on.

But before we return to "normal" (whatever that was), we'll have to replenish our supply of faith, lovingkindness, Mosaic Magazine, and You know, of course, about shortages of ... other household supplies, let's say. Like anything having to do with ... cleanliness. Anything intended to fight infection, whether bacterial or viral or coronaviral.

Ever since Abq Jew's very own dental hygienist cancelled his last scheduled dental cleaning, Abq Jew has been receiving almost-daily reminders to keep his teeth and gums healthy.

That may explain the sudden run on toothpaste (and toothbrushes, and Stim-u-dent, and mouthwash) at Costco, WalMart, and other specialty outlets. Empty shelves on desert isles. deserted aisles. 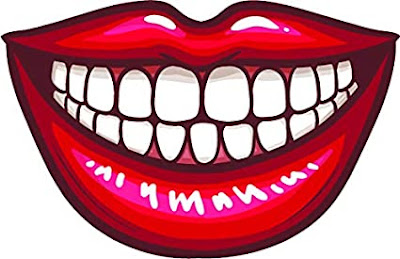 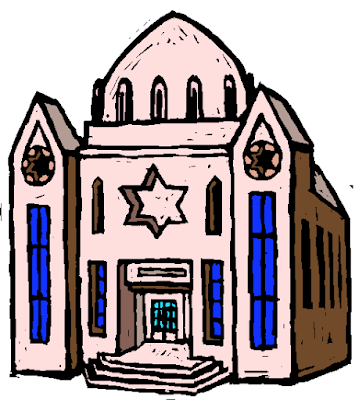 And then there's shul. 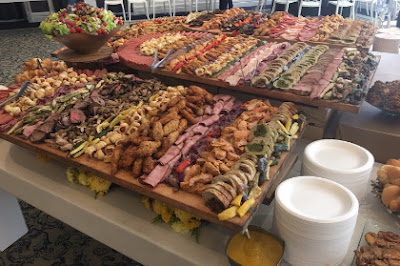 Or the food.
oy
But this is what Abq Jew misses: Do you also miss the sound of Torah being leyned? Are you stuck - no, safe - at home with little ones who want you to read them just one more book?


Shira Hanau is - just recently! mazeltov! - a staff writer at JTA. Previously at the New York Jewish Week where she reported on politics, religion, and the American Jewish community.

Her writing has also appeared in the Forward, Harvard Divinity Bulletin, and Columbia Journalism Review. She was named Rookie of the Year by the New York Press Association in 2018.

But, in Abq Jew's perhaps not-so-humble opinion, Shira Hanau will forever be known as 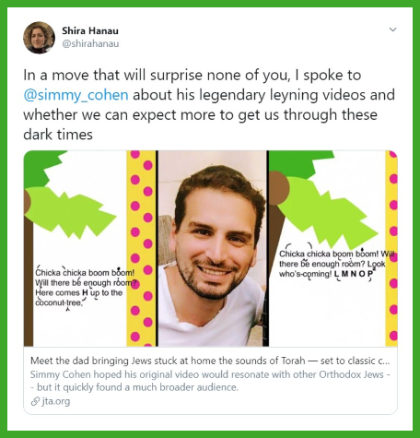 The woman who sorta introduced
Simmy Cohen to the world.

Which she so famously did in this here JTA article.

(JTA) — Simmy Cohen has hardly read from the Torah since his bar mitzvah. When he’s not working at his marketing job from his home in Queens, New York, Cohen spends far more time these days reading children’s books to his 13-month old daughter.

But with a spark of comedic genius and perhaps a little quarantine-induced imagination, he put the two together in a video of himself reading — no, chanting — the classic board book “Goodnight Moon” set to the Torah trope.

“For those missing the sound of leyning,” he wrote in his post of the video to Twitter, using the Yiddish word to describe the vocalization used when reading aloud from the Torah.

Cohen hoped the video would resonate with other Orthodox Jews whose access to live Torah reading ended when their synagogues closed because of the coronavirus pandemic.

But the video quickly found a broader audience ....

Cohen has followed his original production with a chanting of “Chicka Chicka Boom Boom,” the classic story of an anthropomorphic alphabet’s nighttime adventure.

A friend from Twitter, Avi Schwartz, wrote the trope but insisted that Cohen chant it because people already recognized his voice.


Or just watch the video below. 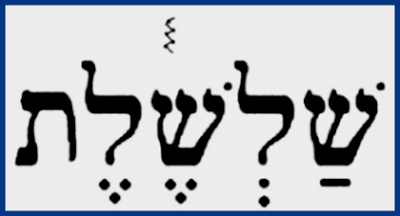 Of which Simmy Cohen tells us:


He [Mr Schwartz] wanted me to do the “shalsheles” in the part right before “chicka chicka” to emphasize that — I’m breaking it down for you as though this is some important thing — I think there’s only three or four of them in the whole Torah.

They’re for real, real emphasis and there’s all kinds of opinions on why they appear and what does it mean, they’re not picked randomly. Whereas I’m sort of just picking what sounds right. 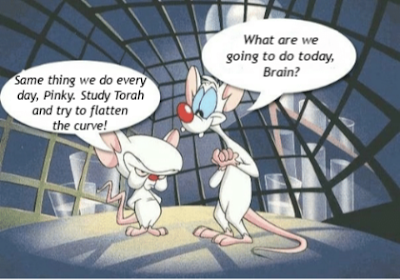