Great Courses
Abq Jew is pleased to inform you that
OASIS Albuquerque has just announced
their Summer 2018 line-up of classes!
Registration opens on
Wednesday May 2
but you can Wish List your selections now.

Challah Rising in the Desert: Film & Discussion
Tue 22 May 2018 @ 1:00 mm - #18
Instructor: Paula Amar Schwartz
What It Is: Celebrating the history and people of New Mexico's unique Jewish community, the documentary film Challah Rising in the Desert examines how challah bread represents the waves of Jewish settlement into the Southwest. Included are stories of the Conversos/Anusim escaping the Spanish Inquisition, the German-Jewish pioneers of the Santa Fe Trail in the 1800s, scientists at Los Alamos in the 1940s, and the counterculture movement of the 1960s. Producer Paula Amar Schwartz introduces the film and leads a Q&A discussion. 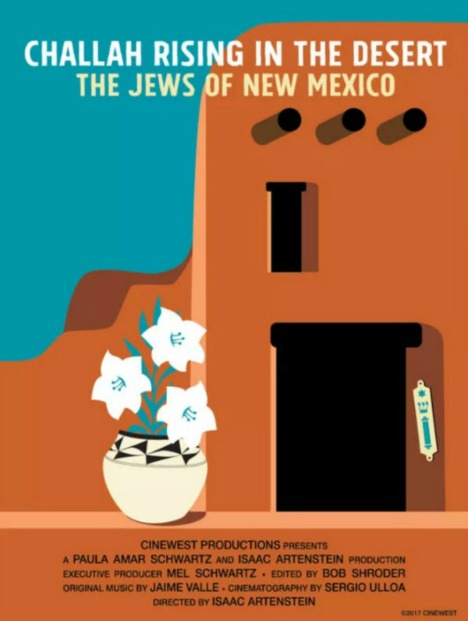 Jewish Scientists at Los Alamos During the Manhattan Project
Fri 15 June 2018 @ 10:30 am - #115
Instructor: Jack Shlachter
What It Is: Between 1943 and 1945, an incredible collection of scientists was recruited to a secret site in northern New Mexico to design and assemble the first atomic weapons. Many of these scientists were Jewish, and this talk provides some biographical details and anecdotes about some of the more colorful individuals. Though none had strong levels of observance, their Jewishness nonetheless is apparent in various ways.

Love in the Bible
Thu 05 July 2018 @ 10:30 am - #89
Instructor: Shlomo Karni
What It Is: Explore love in the lives of several biblical figures in its various aspects -- conjugal, parental, filial, fraternal, bromantic -- beauty marks, warts, and all. Among those figures are the Patriarchs and several kings, with their families, and other characters throughout the Bible. And then there is the Song of Songs, an ode to the joys of sensual love between a young shepherd and his fair maiden.

Ethiopian Jews in Israel
Wed 11 July 2018 @ 10:30 am - #47
Instructor: Irene Fertik
What It Is: The exodus of Ethiopian Jews from Ethiopia to Israel in the 1970s required great sacrifice. Moving from isolated mountain villages into modern society meant huge adjustments. Israelis heard of their devotion to their faith and the hardship of their journey and welcomed them (at first) with open arms. Today, they contend with some outright racism and the lowest standard of living as a group. For 25 years, Irene Fertik has photographed their absorption and transition to their new/old world. 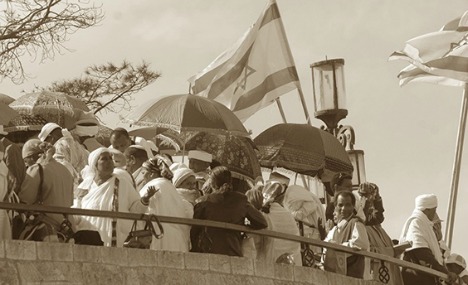 Out of the Ghetto: The Emancipation of European Jewry
Wed 18 & 25 July 2018 @ 10:30 am - #50
Instructor: Noel Pugach
What It Is: In the late 18th and early 19th centuries Jews were released from the ghettos in Western and Central Europe and, beginning with the French Revolution, Jews were accorded citizenship. The process was not always smooth, but cautiously and hesitantly they were readmitted to European society. The result was the Modern Jew, and Jewry would never be the same. In this course, Noel Pugach examines the causes and process of Emancipation and analyzes the far-reaching effects.

Coping With Sadness & Tragedy in Jewish Tradition
Thu 19 July 2018 @ 10:30 pm - #92
Instructor: Paul Citrin
What It Is: Over millennia, Jews have had to deal with communal and personal times of stress and tragedy. Despite dark events, Jews have found ways of coping and paths to resilience, to avoid negativity, and to reach for meaningful life. We examine what those rituals and strategies are which enable Jews to persevere, and which apply to all people. 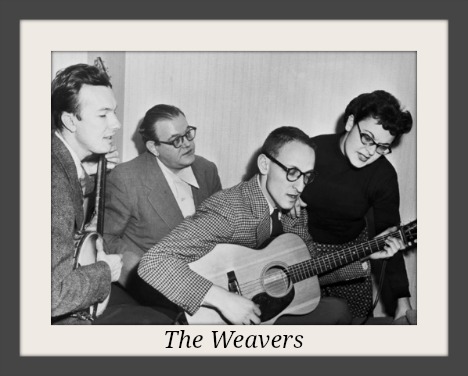 The Israeli Madonna: Ofra Haza
Wed 20 June 2018 @ 10:30 am - #67
What It Is: Ofra Haza (1957-2000) rose from poverty to represent Israel in the Eurovision contest in 1983. First achieving fame with songs inspired by Yemenite Jewish and Hebrew culture, she became an actress and a Grammy Award-nominee recording artist commonly known as the Israeli Madonna. Film audiences will remember her vocal performances from The Prince of Egypt (1998) and The King and I (1999). To fans of her music, she will always be Israel's greatest pop star. 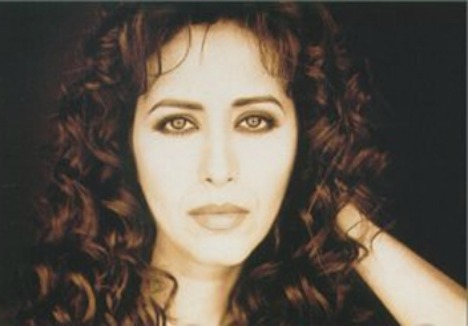 Reelin' In The Years: Steely Dan
Fri 22 June 2018 @ 10:30 am - #68
What It Is: Walter Becker (1950-2017) and Donald Fagen (1948- ), better known as the core of the American jazz rock band Steely Dan, helped propel their innovative band to success through a combination of jazz, pop, and R&B; state of the art studio production; and musically sophisticated songs featuring cerebral lyrics, like "Rikki Don't Lose That Number," "Hey Nineteen," and "Reelin' in the Years." Rolling Stone magazine has called them "the perfect musical antiheroes for the Seventies." 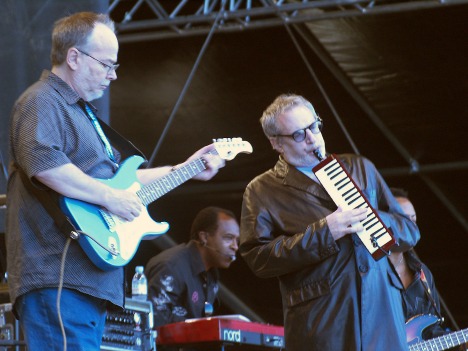 How Jewish-Americans Changed Popular American Music
Part 3: Moving Music Into the 21st Century
Thu 26 July 2018] @ 1:00 pm - #73
What It Is: This three-part series will focus on the invaluable contribution of Jewish-American composers, musicians, and entertainers to the tapestry of popular music in the United States since the late 19th century.


The series concludes with a look towards the future in a myriad of styles including the diverse contributions of such artists as Stan Getz, Bob Dylan, Carole King, Laura Nyro, Janis Ian, Paul Simon, Bette Midler, Joey and Tommy Ramone, Billy Joel, Béla Fleck, Beastie Boys, Drake, Pink, and many more.