Go Play With Your Shiksa!

April Is National Adopt-A-Greyhound Month: Abq Jew is bewitched, bothered, and bewildered to tell you, his loyal readers, if you haven't already heard, that


Shiksas are back in the news.

Alright ... Abq Jew knows that when you hear the thankfully now infrequently-used pejorative (for it is that) term shiksa (שׁיקסע), the image that comes to mind is typically something like Model A (see The Sad Days of Summer). 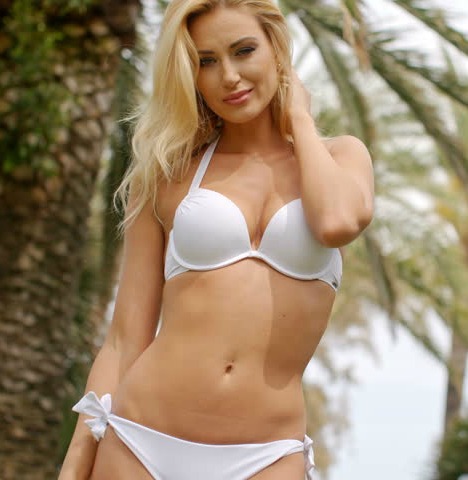 Who is, of course, the Shiksa Goddess 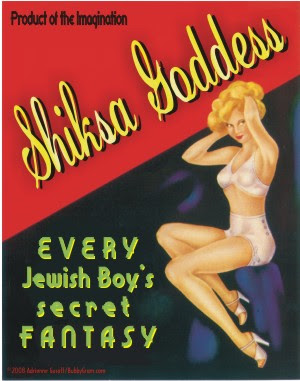 whom Wendy Wasserstein, of blessed memory, parodied in her 1999 fiction piece 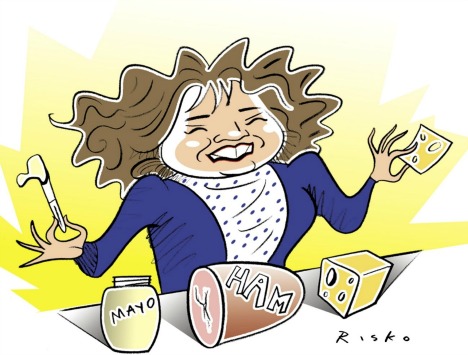 Shiksa Goddess (what an odd title!). Which begins


I cannot tell a lie. Now that Madeleine Albright, Tom Stoppard, and even Hillary Rodham Clinton have embraced their Jewish roots, I feel compelled to bite the bullet and publicly reveal that I’ve just discovered my own denominational truth. I am Episcopalian.

I should have guessed a long time ago, because my parents never mentioned it. In fact, they hid it. They sent me to primary school at the Yeshiva Flatbush.


A Gentile girl or woman, especially one who has attracted a Jewish man. The term derives from the Hebrew word "sheketz", meaning the flesh of an animal deemed taboo by the Torah. Since a Jewish man marrying a non-Jewish woman is taboo also, this word applies to her.

Traditionally this is a derogatory term, though in modern times it has also been used more light-heartedly. For example, Seinfeld once did an episode about Elaine's "shiksa appeal".

The ideal shiksa is a blonde WASP who look like the opposite of a stereotypical Jew, but in reality, many shiksas are brunettes who might pass for Jewish themselves. 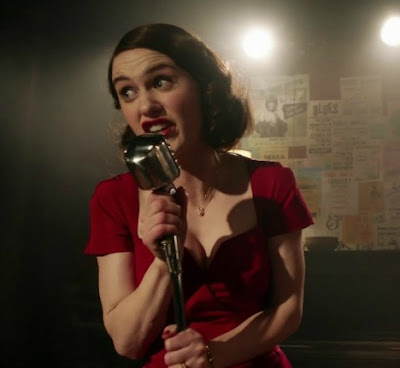 But forget all that!

From now on, the image of the shiksa that will be forever (yes, that's redundant) planted in our brains - and will remain (that's now 3dundant) - will be that of 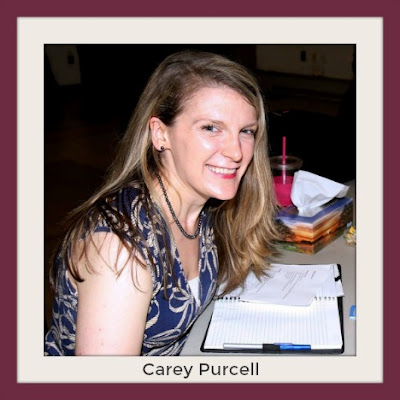 Carey Purcell, a New-York based reporter, author and theater critic who writes about entertainment, pop culture, politics and current events from a feminist perspective.

I am tired of being a Jewish man’s rebellion

in which she recounts her two unfortunate experiences dating Jewish men.


Over almost seven years and two serious relationships with Jewish men who at first said religion didn’t matter — and then backtracked and decided it did — I’ve optimistically begun interfaith relationships with an open mind twice, only to become the last woman these men dated before settling down with a nice Jewish girl.

Of herself, Ms Purcell says


At first glance, I fulfill the stereotypes of a white, Anglo-Saxon Protestant (WASP). I’m blond, often wear pearls and can mix an excellent, and very strong, martini. Manners and etiquette are important to me, and when I’m stressed, I often cope by cleaning.

I do describe myself as Christian, but loosely and in the most liberal sense possible. I don’t discuss my faith the first time I meet someone or on first dates. But if I find myself falling for someone who does not share my spiritual views, I bring up the subject.

If it’s going to be a problem, I want to know.

And the Jewish men she dated? Ms Purcell writes that


they considered themselves culturally, but not spiritually, Jewish. At the very least, they were the most lackadaisical Jews I’d ever met. They never fasted on Yom Kippur or observed Jewish holidays on their own.

And when they traveled to celebrate holidays with their families, they made it clear it was an obligation rather than a choice. On more than one occasion in conversation, we laughed about the fact that I knew more about the Jewish faith than they did.

But Ms Purcell has learned from her unfortunate experiences.


I guess dating me had been their last act of defiance against cultural or familial expectations before finding someone who warranted their parents’ approval — perhaps the equivalent of a woman dating a motorcycle-driving, leather-jacket wearing “bad boy” before settling down with a banker with a 9-5 job.

I now half-jokingly consider myself a Jewish man’s rebellion and guard myself against again landing in that role.

And the reaction from Jewish men (and many, many others) who read Ms Purcell's article? Let's just say 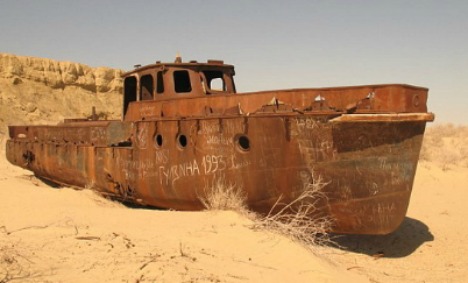 The ship hit the sand.

To the point where Ms Purcell was compelled to issue an apology, which appears (among other places) on her website. It begins:


Regarding my piece for the Washington Post on interfaith relationships:

I am truly sorry I offended so many.

It was never my intention to disrespect the Jewish faith or anyone who engages in Jewish customs, traditions or religious beliefs, and my editor and I spoke about that at length while putting the piece together.

I realize now that I touched upon serious issues for Jewish people in America and worldwide, for which I sincerely apologize. 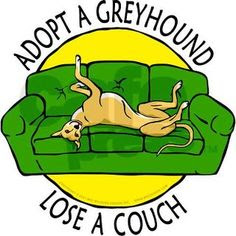 But now let's talk about greyhounds. (You'll see the shiksa connection in just a bit.)

April is, as Abq Jew is sure you, his loyal readers, must be aware, National Adopt-A-Greyhound Month.

From which one (or two, or more!) may infer that April must also be either National Buy-A-New-Couch Month ... or National Drag-In-The-Old-Couch-From-The-Garage Month. 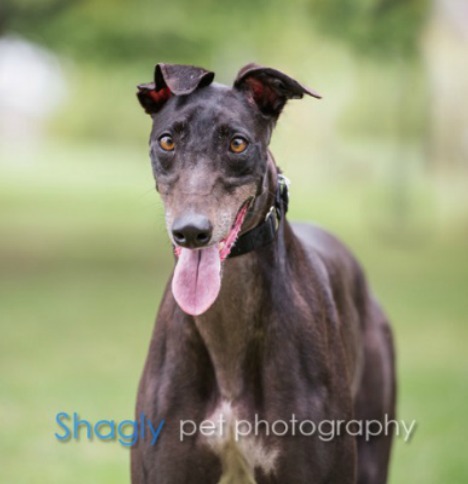 Anyway, here is a photo of Joanie Depp, one of the fine, upstanding greyhounds for whom 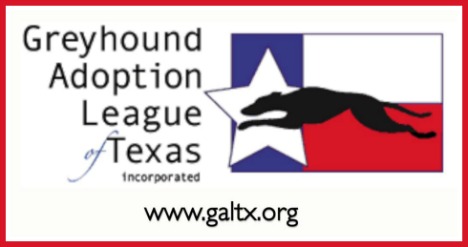 the Greyhound Adoption League of Texas - which now has a New Mexico chapter! - is endeavoring to find a forever home.

Why should you consider adopting a retired racing greyhound? Because ...

There's a greater need to place ex-racing greyhounds into permanent homes than at any point in recent history as a result of past and pending greyhound racing track closings across the country.

April is National-Adopt-a-Greyhound Month, and the perfect time to adopt a gentle companion into your home.

Now, once you adopt your retired racing greyhound, the first thing (OK ... not the first. But eventually) your greyt hound is gonna need is a toy.

A Jewish toy. A Chewish Treat.

Such as Megillah Dinosaur or Shayna Punim Panda. Frequently available through GALTx's Greystore, and almost always through Copa Judaica.

Ah ... but for our two great hounds, Belle and MayMay, Mr & Mrs Abq Jew were proud to purchase

Yes, we bought two. We don't want the hounds to fight when we call out

Go play with your shiksa!

Cal the Greyhound is Looking for a Long Term Commitment 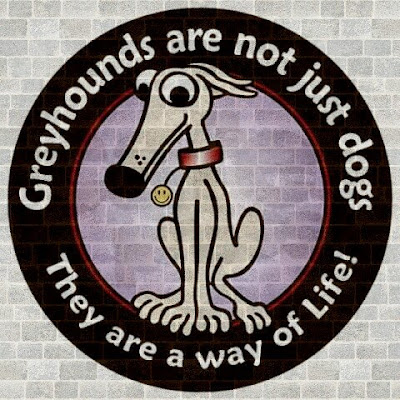