from Sarah Kaplan's article in The Washington Post, which points out that (according to a new study published Wednesday in the journal Nature,) the First Cause of Income Inequality in the very old days Way Back When was not hedge funds, as you might expect, but cattle.

This is because, Ms Kaplan doesn't state directly, on Creation Day 6, The Holy One, Blessed Be He, for reasons known only to Him, decided to put ALL the major beasts of burden in the Eastern Hemisphere.

Sure, the Westies got alpacas and llamas, but just try to get them to plow a field. Or schlep heavy stuff from Point A to Point B. Which all goes to show that


A priori, the world was not a level playing field.


Which is certainly true in the Field of Art. And which, of course, brings us to Salvator Mundi, the recently rediscovered work by good ol' Leonardo da Vinci.


Leonardo da Vinci’s painting, “Saviour of the World,” sold for $450,312,500 Wednesday at auction, Christie’s said. The price, which includes a buyer’s premium, makes it “the most expensive painting ever sold at auction,” the auction house said in a statement.

The previous record for the most expensive painting sold at auction was $179,364,992 for Picasso’s “Les Femmes d’Alger” (“Women of Algiers”), according to Christie’s. The highest price previously paid at auction for a da Vinci was in 2001 for his “Horse and Rider,” a work on paper, which went for $11,481,865.

The bidding ... coordinated out of Christie’s New York office, lasted a little less than 20 minutes, with four and then just two final bidders battling it out.


As Abq Jew has pointed out (see Jewish Druish Canadian), Gustav Klimt's 1907 Portrait of Adele Bloch-Bauer I sold for $135 million in 2006 - at the time, a record price for a painting.


Abq Jew hesitates to but inevitably must point out that our most beloved MOT Marc Chagall (along with most of the Impressionists) just isn't in the same price category.


In the meantime, Bernie Bernstein (of whom Google says this is a photo, although not of that Bernie Bernstein) is, says columnist Dana Milbank in (yet again!) The Washington Post, wants the world to know his name!


It is time for us as journalists to come clean and to recognize the great debt our profession owes Bernie Bernstein.

After years of toiling in obscurity, Bernie gained national attention Tuesday when an Alabama pastor shared with a local TV station a voice mail left by Bernie.

“Hi, this is Bernie Bernstein. I’m a reporter for The Washington Post calling to find out if anyone at this address is a female between the ages of 54 to 57 years old willing to make damaging remarks about candidate Roy Moore for a reward of between $5,000 and $7,000,” it said.

“We will not be fully investigating these claims. However, we will make a written report.”

This produced a rather harsh response from Marty Baron, The Post’s executive editor, about the person “falsely claiming to be from The Washington Post. The call’s description of our reporting methods bears no relationship to reality. We are shocked and appalled that anyone would stoop to this level to discredit real journalism.”

To which Mr Milbank responds


I understand my colleagues’ reluctance to admit that The Post gathers its news by making robo-calls and paying people to say bad things that we do not confirm.

That is why, for decades, Bernie Bernstein and his colleague Woody Woodward have toiled in The Post’s basement, doing random-digit dialing, 10 hours a day, seven days a week. Bernie and Woody broke scoop after scoop, yet they were always hidden from view while others got the credit.

Until now. Bernie is speaking up. When I found Bernie in his windowless office Wednesday, he was distraught.

“I can’t believe Marty said I don’t exist! ‘No relationship to reality’? ‘No Washington Post reporters or editors named Bernie Bernstein’? I made this paper!”

Indeed, you can’t quarrel with success. Bernie and Woody broke the Watergate story, while upstairs their more telegenic colleagues Bob Woodward and Carl Bernstein (no relation) got the glory.

Woody and Bernie robo-called everybody in Washington and offered $1,000 — it was cheaper back then — for anyone willing to make damaging remarks about Richard Nixon. 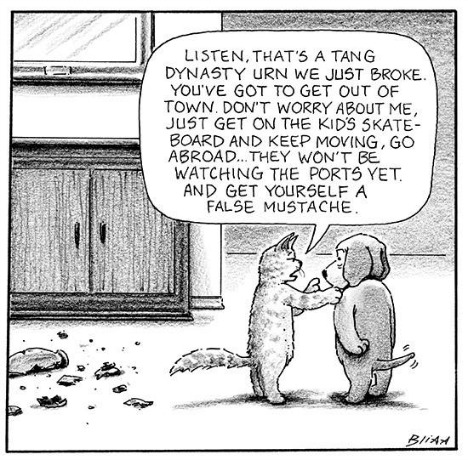 Yes, it's been another tough week.
But at least the races for Abq Mayor and District 5 Councilor went well! 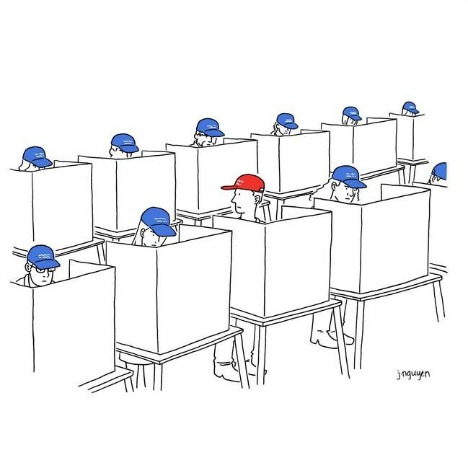