Look For the Union Label

According to the Family Tree that Abq Jew received from his father, of blessed memory (now on MyHeritage.com), Simon Typograph (1864-1939) is the husband of Fannie (Kellerman) Typograph (1875-1940). 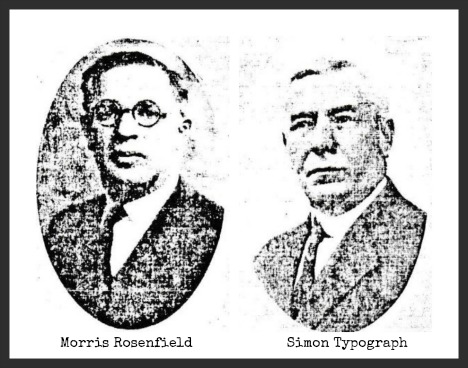 
Why is Abq Jew bringing this up just now?


Because it's Labor Day! 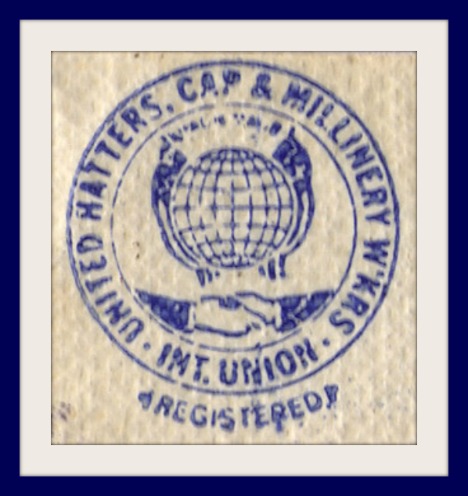 More than brothers-in law, Morris Rosenfield and Simon Typograph were brothers in the union. Both were active in the United Cloth Hat and Cap Makers of North America. Here's a bit of history.

The United Hatters of North America (UHNA) was established in New York in 1896 as the result of the merger of two Knights of Labor-affiliated unions in the men's hat industry, the the Hat Makers and the Hat Finishers.

In 1983 the UHCMW (a founding member of the Committee for Industrial Organizations) joined the Amalgamated Clothing and Textile Workers Union, which in turn merged in 1995 with the International Ladies Garment Workers Union to form UNITE (Union of Needletrades, Industrial and Textile Employees).

The 1st. convention on Friday, December 27th,1901 should remain a historic date for the Millinery Workers Union of America. That day, at 8:30 p.m. they met at the Manhattan Lyceum, 66.E.4th. str., New York. Without exaggeration it could be said that this Friday, December, 1901,is a new beginning for the capmakers and millinery workers that cannot be destroyed by conflict in which the freed worker gradually will be rid of the worst form of parasite that has eaten into this trade more than into any other; an organization in which the cap and millinery workers find enough strength to raise their standard of living to the best level of organized labor in this country, in which they find political and industrial freedom for the working people. 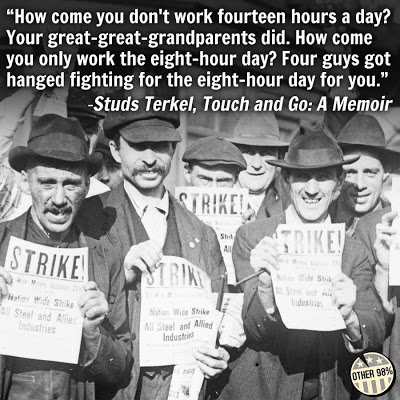 Happy Labor Day!
Remember how we got here!