The Tragedy in Charlottesville

You've Got To Be Carefully Taught: Abq Jew has been deeply troubled by last weekend's hate rally / attack in Charlottesville, Virginia - even more than he was by May's attack in Portland, Oregon (see The Tragedy in Portland).


The fight against racism in American society - and against the Alt-Right, Neo-Nazi, Skinhead, and White Supremacist groups that promote such racism - is a deeply Jewish fight.

Abq Jew did not fully understand why that should be - until Yair Rosenberg, writing in The Washington Post, explained what happened in Charlottesville and why it happened.

Here is a bit of what happened:


‘Jews will not replace us’: Why white supremacists go after Jews

When white nationalists descended upon the historic Virginia city to protest the removal of a statue of Confederate general Robert E. Lee, their “Unite the Right” rally gathered a veritable who’s who of top neo-Nazis in the United States, including Ku Klux Klan Grand Wizard David Duke and alt-right leading light Richard Spencer, among others.

They immediately went after the Jews.

At their Friday night rally at the University of Virginia, the white nationalists brandished torches and chanted anti-Semitic and Nazi slogans, including “blood and soil” (an English rendering of the Nazi “blut und boden”) and “Jews will not replace us” — all crafted to cast Jews as foreign interlopers who need to be expunged. 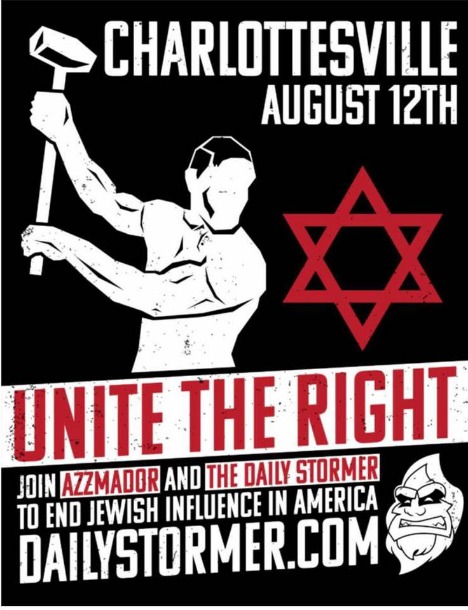 And here is a bit of why it happened:


This conduct is not incidental to the white nationalist program; it is essential.

As the Southern Poverty Law Center’s Eric Ward, an African American scholar and activist who has studied the movement for years, recently put it:

“The successes of the civil rights movement created a terrible problem for white supremacist ideology. White supremacism — inscribed de jure by the Jim Crow regime and upheld de facto outside the South — had been the law of the land, and a black-led social movement had toppled the political regime that supported it.

How could a race of inferiors have unseated this power structure through organizing alone? … Some secret cabal, some mythological power, must be manipulating the social order behind the scenes.

This diabolical evil must control television, banking, entertainment, education and even Washington D.C. It must be brainwashing white people, rendering them racially unconscious.

What is this arch-nemesis of the white race, whose machinations have prevented the natural and inevitable imposition of white supremacy? It is, of course, the Jews.

Jews function for today’s white nationalists as they often have for anti-Semites through the centuries: as the demons stirring an otherwise changing and heterogeneous pot of lesser evils.”

For this reason, Jews are the only “white people” obsessively targeted by white supremacists. 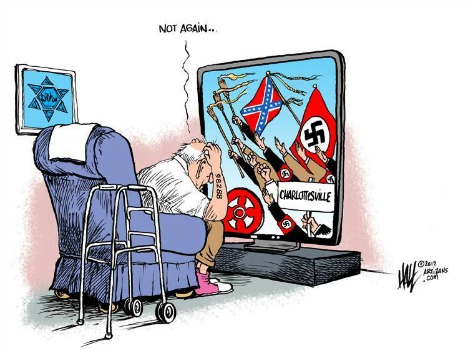 AKA Alan C Schwartz, a music teacher from Roslyn, Long Island. Who is bald, plays piano, and performs satires and parodies. Rather well, Abq Jew thinks. And who has his own Facebook page and YouTube channel. Of course.

Here is Bald Piano Guy's interpretation of Rodgers and Hammerstein's You've Got To Be Carefully Taught, from their musical South Pacific.


How do people learn to hate?

South Pacific received scrutiny for its commentary regarding relationships between different races and ethnic groups.

In particular, "You’ve Got to Be Carefully Taught" was subject to widespread criticism, judged by some to be too controversial or downright inappropriate for the musical stage. Sung by the character Lieutenant Cable, the song is preceded by a line saying racism is "not born in you! It happens after you’re born..."

Rodgers and Hammerstein risked the entire South Pacific venture in light of legislative challenges to its decency or supposed Communist agenda. While the show was on a tour of the Southern United States, lawmakers in Georgia introduced a bill outlawing entertainment containing "an underlying philosophy inspired by Moscow."

One legislator said that "a song justifying interracial marriage was implicitly a threat to the American way of life." Rodgers and Hammerstein defended their work strongly.

James Michener, upon whose stories South Pacific was based, recalled, "The authors replied stubbornly that this number represented why they had wanted to do this play, and that even if it meant the failure of the production, it was going to stay in." 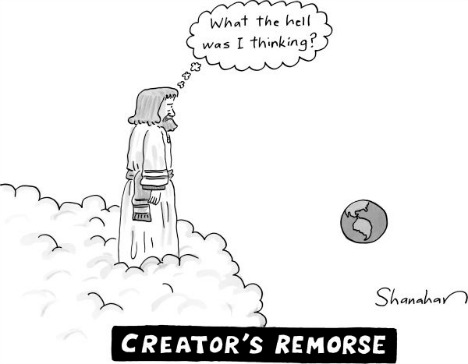