The Log Driver's Waltz: We New MexiJews, along with Jews all over the world, have (in most cases) made it through another delightful Passover holiday. Eight full days (here in חו״ל) of eating, sleeping, singing, reading, praying, and eating some more. 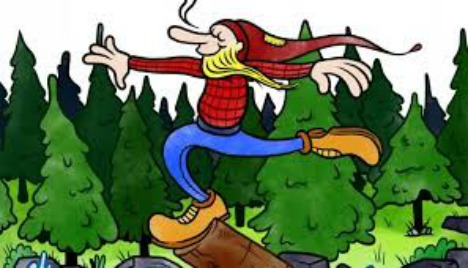 So now it must be time to dance!

And, as The Solute tells us -


On Sunday Night, TCM is showing a variety of these films through the decades from the abstract works of McLaren to 1988’s Academy Award-nominated cartoon The Cat Came Back. The evening tackles a wide array of subjects from nuclear war (The Big Snit) to mid-life crisis (Bob’s Birthday which would become the series Bob and Margaret) to our ubiquitous dependency on cars (What On Earth!) to the microscopic wonders of the world (Zea). Many of the films have been nominated or won Academy Awards for best Animated Short.

You don’t have to have TCM to watch these films. Most (if not all) of these films are available on the internet, through either NFB’s website or NFB’s YouTube Channel. (I highly recommend the website as it has much better organization, but they both have a fantastic amount of videos and NFB’s YouTube will take you down a rabbit hole). 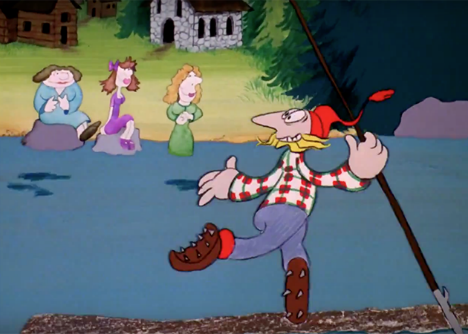 Released in 1979 as part of its Canada Vignettes series, the song


. . . celebrates the profession of log driving, a practice in the lumber industry which involved transporting felled timber by having workers walk or run on the logs as they floated down rivers. This occupation required a great deal of strength and physical agility, and Hemsworth was struck by how much the sight of log drivers at work resembled dancing.

The song's chorus is:

The lyrics are often misheard as "whirling" or "twirling" instead of "birling". "Birl" is an old Scots verb meaning "to revolve or cause to revolve", and in modern English means "to cause a floating log to rotate by treading". Today, birling survives as a competitive sport.

The song also contains considerable double-entendre, beginning with the sentiments of the opening stanza:

If you ask any girl from the parish around,
What pleases her most from her head to her toes;
She'll say, "I'm not sure that it's business of yours,
But I do like to waltz with a log driver."

Yes, Abq Jew is fully aware (and you should be too) that today marks 74 years since the beginning of the Warsaw Ghetto Uprising.

And that יום הזיכרון לשואה ולגבורה Yom HaShoah viLaGevurah (Holocaust and Heroism Remembrance Day) will be observed this coming Monday, with many communities offering special programs this Sunday April 23.


But until then - let's waltz!