Consolation for What We Lost: Following Tisha b'Av, there are seven prophetic readings of consolation - all from Isaiah - that comfort us after the Black Fast and prepare us, emotionally and spiritually, for the upcoming High Holidays. 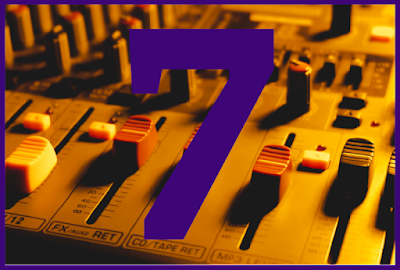 Yes, Shutterstock (a purveyor of stock photography) seems to connect consolation with console, which, of course, has more than one meaning.
And with this bit of levity, Abq Jew begins a solemn journey through the calamitous events of this week just past. 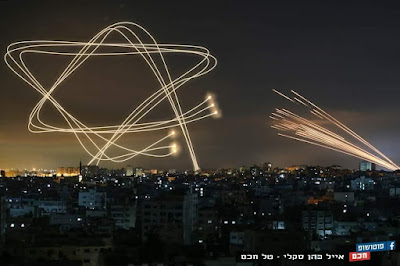 Abq Jew first published this image last year (see For Ashkelon: May 2021) during the Hamas rocket attacks. This year, the rockets were fired by Palestinian Islamic Jihad, as depicted in this image: 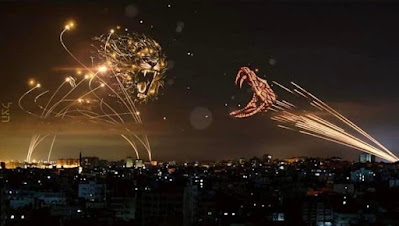 The phenomenal success rate (other report 97%) of Israel's Iron Dome - 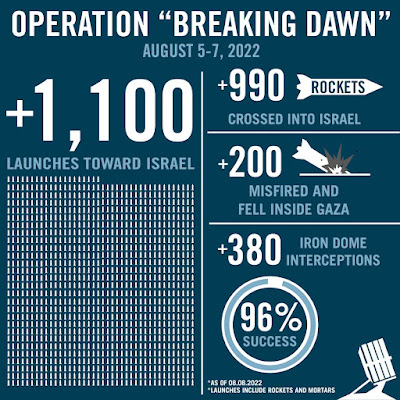 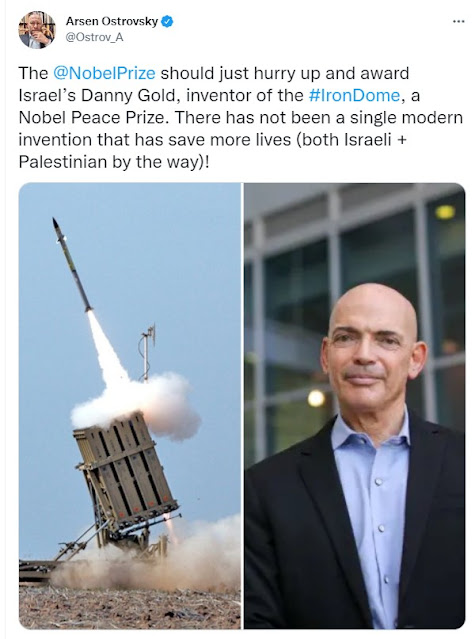 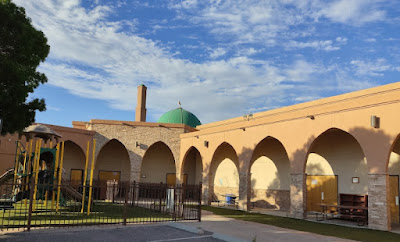 Four members of Albuquerque's Muslim community have been murdered in recent months, three in just the last few weeks. After the fourth death last Friday night, the Albuquerque Journal reported that "People are beginning to panic."

On Tuesday, the Albuquerque Police announced an arrest in the case. KRQE's Chris McKee wrote:

Albuquerque Police have arrested a suspect in the investigation tied to the murder of four Muslim men. Police say 51-year-old Muhammad Syed was taken into custody last night near Santa Rosa, roughly 118 miles east of Albuquerque.

According to APD, Syed is currently being charged two of the four homicides under investigation. Those include the July 26 shooting of Aftab Hussein and the August 1 shooting of Muhammad Afzaal Hussain.

APD says detectives connected Syed to those two cases through bullet casings recovered at the respective crime scenes and several guns recovered in the case.

Even after the arrest was announced, Albuquerque faith communities united to show their support for the Muslim community here. CBS producer Anam Siddiq wrote: 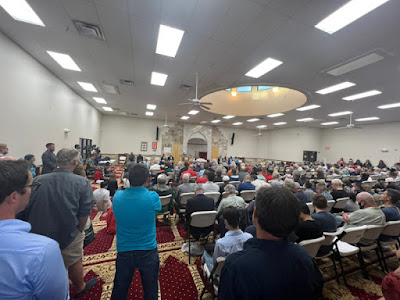 The Islamic Center of New Mexico has no space to sit or stand right now as an interfaith group of people from the community come to show their love and support to Albuquerque Muslims, hours after the suspect was revealed by police. 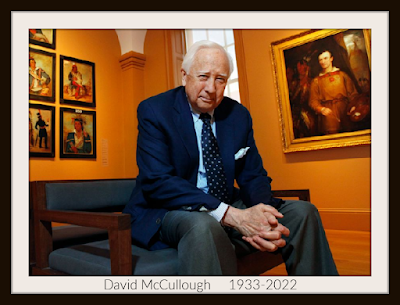 No, David McCullough was not Jewish, nor did Abq Jew know him personally. But Abq Jew and everyone else sure knew his work. As Wikipedia tells us:

He was a two-time winner of the Pulitzer Prize and the National Book Award. In 2006, he was given the Presidential Medal of Freedom, one of the United States' highest civilian awards.
Born and raised in Pittsburgh, McCullough earned a degree in English literature from Yale University.
His first book was The Johnstown Flood (1968), and he wrote nine more on such topics as Harry S. Truman, John Adams, Theodore Roosevelt, the Brooklyn Bridge, the Panama Canal, and the Wright brothers.
McCullough also narrated numerous documentaries, such as The Civil War by Ken Burns, as well as the 2003 film Seabiscuit, and he hosted American Experience for twelve years.
McCullough's two Pulitzer Prize–winning books, Truman and John Adams, were adapted by HBO into a TV film and a miniseries, respectively. 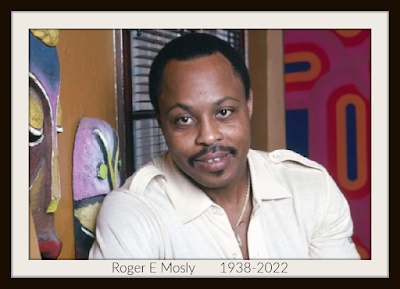 No, Roger E Mosley was not Jewish, nor did Abq Jew know him personally. But Abq Jew and everyone else sure knew his work. As Wikipedia tells us:

Roger Earl Mosley (December 18, 1938 – August 7, 2022) was an American actor, director, and writer best known for his role as the helicopter pilot Theodore "T.C." Calvin in the CBS television series Magnum, P.I., which originally aired from 1980 until 1988. 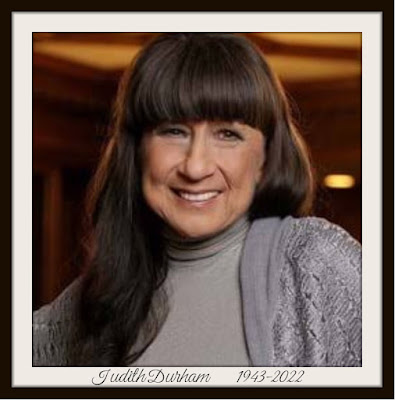 No, Judith Durham was not Jewish, nor did Abq Jew know her personally. But Abq Jew and everyone else sure knew her work. As Wikipedia tells us:

Judith Durham AO (born Judith Mavis Cock; 3 July 1943 – 5 August 2022) was an Australian singer, songwriter and musician who became the lead singer of the Australian popular folk music group The Seekers in 1963.
The group became the first Australian pop music group to achieve major chart and sales success in the United Kingdom and the United States and have sold over 50 million records worldwide....

And about The Seekers, Wikipedia tells us:

The Seekers are an Australian folk-influenced pop quartet, originally formed in Melbourne in 1962. They were the first Australian pop music group to achieve major chart and sales success in the United Kingdom and the United States.

They were especially popular during the 1960s with their best-known configuration of Judith Durham on vocals, piano and tambourine; Athol Guy on double bass and vocals; Keith Potger on twelve-string guitar, banjo and vocals; and Bruce Woodley on guitar, mandolin, banjo and vocals.
The group had Top 10 hits in the 1960s with I'll Never Find Another You, A World of Our Own, Morningtown Ride, Someday, One Day, Georgy Girl, and The Carnival Is Over.

Here is a video of The Seekers performing Morningtown Ride during their  2014 Farewell Concert Tour. In the background is their original video from 1966.

The Seekers were the first Australian pop group to have a Top 5 hit in all three countries – Australia, UK and US. Australian music historian Ian McFarlane described their style as "concentrated on a bright, uptempo sound, although they were too pop oriented to be considered strictly folk and too folk to be rock."

The distinctive soprano voice of Durham, the group's vocal harmonies and memorable songs encouraged the British media, including the national broadcasting agency on radio and television, the BBC, to give them exposure, allowing them to appeal to a broad cross-section of the young British folk, pop and rock music audience. 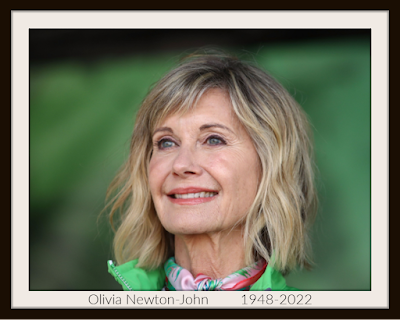 No, Olivia Newton-John  was not Jewish, nor did Abq Jew know her personally. But Abq Jew and everyone else sure knew her work. As Wikipedia tells us:

She was a four-time Grammy Award winner whose music career included five number one hits and another ten Top Ten hits on the Billboard Hot 100, and two Billboard 200 number one albums, If You Love Me, Let Me Know (1974) and Have You Never Been Mellow (1975).

With global sales of more than 100 million records, Newton-John is one of the best-selling music artists from the second half of the 20th century to the present.

In 1978, Newton-John starred in the musical film Grease, whose soundtrack remains one of the world's best-selling albums of recorded music. It features two major hit duets with co-star John Travolta: You're the One That I Want – which ranks as one of the best-selling singles of all time – and Summer Nights.

Newton-John was an activist for environmental and animal rights causes, and advocated for breast cancer research. She died of breast cancer after decades of fighting the disease.

Although she lived in the United States for most of her adult life, she considered herself an Australian. 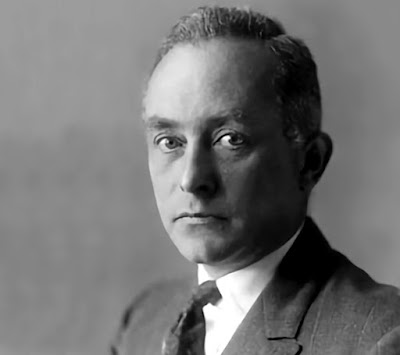 And then there's the Max Born connection. Wikipedia tells us:

[Newton-John's]mother was born in Germany, and had come to the U.K. with her family in 1933 to escape the Nazi Regime.

Yes, Olivia Newton-John's Jewish grandfather was Nobel Prize-winning physicist Max Born, who fled the Nazis in 1933. In her memoir she wrote,

“In 1933, my Jewish grandfather fled from Germany with his wife, Hedwig, to escape Hitler’s regime. He was not only a brilliant mind but also a humanitarian who helped Jews escape Germany. I’m extremely proud of my peace-loving grandfather.”

Yes, this Max Born, shown here with a few friends at the fifth Solvay International Conference on Electrons and Photons, held in October 1927.

17 of the 29 participants were or became Nobel Laureates.

Here is a video of Olivia Newton-John speaking about her Jewish grandfather (first half) and her activism (second half).

And - one of Abq Jew's favorite videos - John Travolta and Olivia Newton-John at the 2002 Grease DVD Release Party.

May her memory be a blessing. 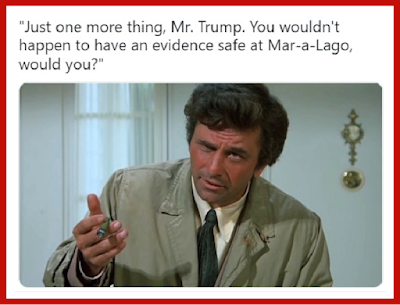 You didn't think Abq Jew could pass this consolation up, did you?

Here is a video (from Monday night) of MSNBC host (et al) Rachel Maddow and former US attorney (et al) Chuck Rosenberg explaining it all for us.

And if that didn't grab you, here is a video of Trevor Noah on The Daily Show.

To Albuquerque, the US, and the World - 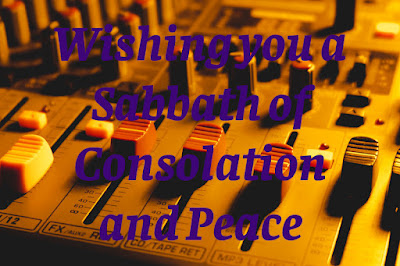 a Sabbath of Consolation and Peace