And They're Engaged! Mr & Mrs Abq Jew are thrilled, thrilled to announce the engagement of our wonderful daughter Alex to the equally wonderful Jake.

We wish you mazeltov! Long life, love, happiness, and prosperity! 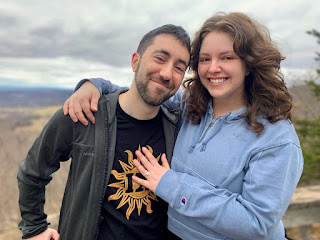 My son had a big week. First he had a birthday, and then he got engaged! Congrats to him and my future daughter-in-law, Alex!

Wishing them a lifetime
of health, adventure and happiness.

Abq Jew has examined this statement - and cheerfully looks forward to having a mechutan (son-in-law's father) who does not use the Oxford comma. May this be the one thing about which we ever disagree! To Life! To Life! L'Chaim!

And in other news - Abq Jew is having a hard time concentrating on anything not engagement-related. So here is the official live video of Linda Ronstadt singing Just One Look, from the 1980 album Live in Hollywood.

Abq Jew has been waiting, often impatiently,
to post this - to celebrate this blessed day!

Linda Ronstadt is, as many of you know, one of Abq Jew's favorite singers. During her long career, she has chosen to sing so many different types of music - and all of them, excellently. Although now (alas) retired, Linda was "blessed with [arguably] the most sterling set of pipes of her generation."
And, as many of you know, Linda Ronstadt always had the best musicians in her backup band. To start with - the Stone Poneys (Linda, Bobby Kimmel, and the late Kenny Edwards). Then Don Henley and the late Glenn Frey of the Eagles. And several (but not a lot) more - Linda stuck with the good ones, and the good ones stuck with her.
This live ensemble includes Billy Payne on piano, with Wendy Waldman and the late Kenny Edwards on backup vocals. But Abq Jew knows the two Questions you want to ask -

2. Who's the guy playing the cowbell?

Answers
As it turns out, "Just One Look" does effectively and beautifully deal with the very Jewish concept of bashert - that is, one's destined partner. For those of you (if any) not familiar with the term -

Bashert, the Yiddish word for destiny, is most commonly used to describe a soul mate; but it also means a lot more: “it was meant to be.” 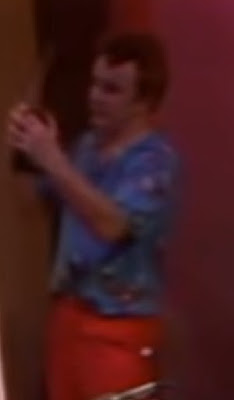 And the guy playing the cowbell turns out to be Peter Asher. The Peter of British pop duo Peter and Gordon. He later became Linda's manager and producer. James Taylor's, too. But in the beginning -

Asher's mother was a professor at the Guildhall School of Music and Drama. One of her pupils there was George Martin. Asher is the brother of Clare Asher, a radio actress and school inspector, and Jane Asher. His family is Jewish. 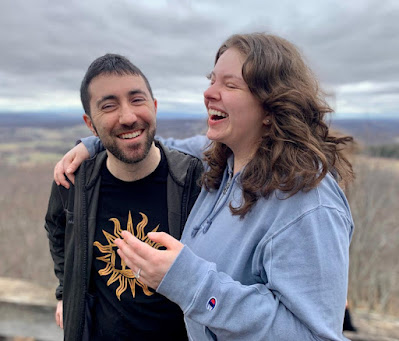