More LST-273 Exploits: This August, Abq Jew will observe what would be the 95th birthday of his father, Richard W Yellin, of blessed memory. 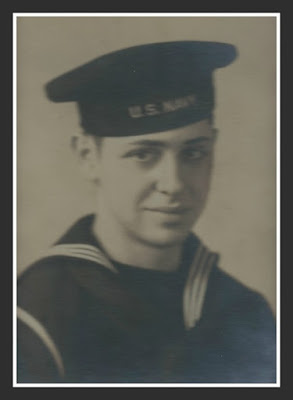 "LST" officially stands for "Landing Ship, Tank", whose job it was to drive right up onto the beach into direct enemy (in this case, Japanese) fire, and deposit its load of tanks, supplies, and troops.

In preparation for Dad's 95th, Abq Jew has taken another look at some of the things Dad left behind. And: It turns out that Dad is in the above photo.

Abq Jew found a 2005 letter Dad wrote (in reply to another LSTer's letter) to the Scuttlebutt, the quarterly newsletter (and now the official website) of the United States LST Association.

In which Dad said:


I am a plankholder in LST 273, which also went down the Mississippi. That was in September 1943, after I finished Quartermaster classes at Great Lakes U. After shakedown and passing through the Panama Canal, we sailed to Long Beach, California, and then to Pearl Harbor. 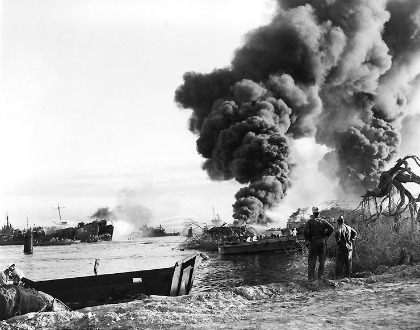 More history: What, you may ask, was this West Loch incident? The disaster has been called "The Second Pearl Harbor" - but nobody seems to know about it.


The West Loch Disaster was a maritime accident during World War II at the Pearl Harbor U.S. Naval Base in Hawaii. The incident, which occurred just after 1500 hrs. on Sunday 21 May 1944, began following an explosion in a staging area for Landing Ships, Tank (LSTs) and other amphibious assault ships in West Loch.

A fire quickly spread among the ships being prepared for Operation Forager, the invasion of the Japanese-held Mariana Islands. Over the next 24 hours, six LSTs sank, 163 naval personnel died and 396 were injured.

A subsequent Naval Board of Inquiry never determined the exact cause of the disaster but concluded that the initial explosion was caused when a mortar round aboard LST-353 detonated during an unloading operation because it was either dropped or went off when gasoline vapors ignited.

The incident – together with the Port Chicago disaster two months later – led to major changes in weapon handling practices within the United States Navy.

The LST wreckage was quickly cleared in a salvage operation and dumped at sea 3 mi (2.6 nmi; 4.8 km) south of Hawaii. 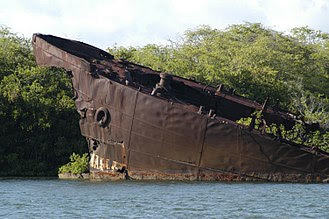 Only the hull of the partially beached LST-480 was left in West Loch. A press blackout was enforced and naval personnel were ordered not to talk about the incident.

The disaster was classified until 1960
and is therefore not well known.
[Dad never spoke about it.] 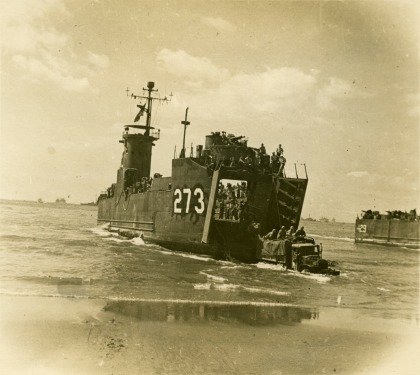 As you would expect, Abq Jew did a lot more investigating around the Internet. In the Scuttlebutt, Mel Barger (LST-555) wrote about what he called the West Loch Tragedy:


West Loch was a busy area that day in 1944. Many of the ships were being loaded with ammunition, gasoline, and other cargo in preparation for the Marianas campaign. Marines and soldiers were also aboard the ships.

And twenty-nine LSTs were berthed there to receive supplies from the West Loch Naval Ammunition Depot.

Where were the other LSTs? And which LSTs were they?

Google (at least the first several pages of results) did not provide the answer - but Dad did! While Abq Jew was putting away Dad's stuff until next time, he found this newspaper article that Dad had clipped and saved: 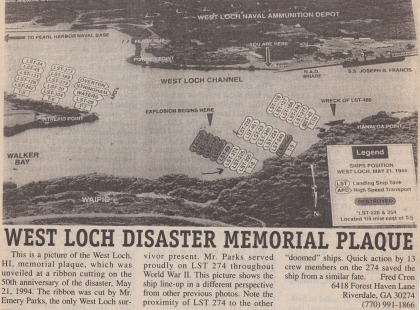 Which reveals, very clearly (Abq Jew magnified the photo), the exact location of LST-273 on that fateful day.

Here is the official lineup of 32 LSTs and three destroyers in the West Loch.
This newspaper article indicates that five LSTs were destroyed (sunk) and one LST damaged in the disaster. LST 273 was some distance away and partially shielded from the explosions and fires. 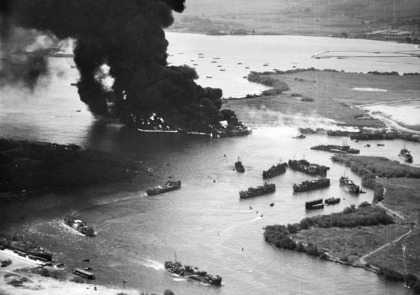 Abq Jew has Dad's complete (he believes) Navy personnel records from that time. So here is what Abq Jew thinks he has learned:
During the weeks before the West Loch disaster, the Navy was preparing the ships and rehearsing the men for the upcoming invasion of Saipan and the Marianas. Most likely, Dad and LST-273 took part in these exercises.

The day of the disaster was a Sunday. Many Navy personnel were on shore leave. Was Dad aboard LST-273? Abq Jew just doesn't know. Dad never said.

Which raises the next question: 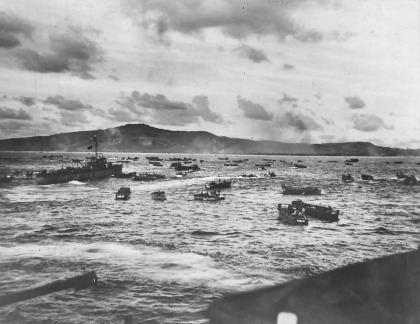 
The Navy rallied after the incident, finding new ships and men to take over the mission. The LST fleet for the invasion of Saipan launched only one day late and made it to the Marianas quickly enough to invade on schedule on June 15, 1944.

A media blackout kept most of America from hearing about the incident until it was declassified in 1960. Even today, it remains relatively unknown. 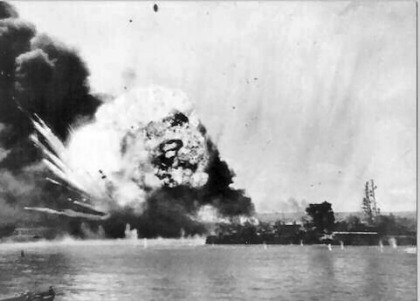 About keeping the entire incident quiet: It was (of course) vitally important that the Japanese not learn about it. WarfareHistoryNetwork.com reports:


Historian Howard Shuman noted, “At least 250,000 people on ships and ashore at Pearl Harbor and tens of thousands more from Honolulu to Ewa saw the black smoke and fires and heard the blasts at West Loch. The disaster was not unknown.”

Trying to downplay the disaster, [Admiral Chester] Nimitz (CINCPACFLT) issued the following statement: “An explosion and fire which occurred while ammunition was being unloaded from one group of landing craft moored together in Pearl Harbor on May 21, 1944, resulted in destruction of several small vessels, some loss of life, and a number of injuries. A court of inquiry has been convened….”

Nimitz had put a beautiful little spin on a devastating accident.

Fearing that word of the disaster would leak to the Japanese, a censor order was placed on the entire invasion force. As ordered by Admiral Nimitz, it was against regulations to talk about the disaster to others, including men from your own ship, or to write about it in letters home or elsewhere.

William Wright, Jr., had been at paymaster school during the disaster but rejoined his ship just prior to the invasion. “I knew nothing about it until a long time later,” he recalled. “I didn’t even hear anybody talk about it among themselves. I guess they were threatened.”

All of the official information and documents pertaining to the disaster, including the official court of inquiry transcripts and testimonies, were classified as TOP SECRET and stored away until January 1, 1960. 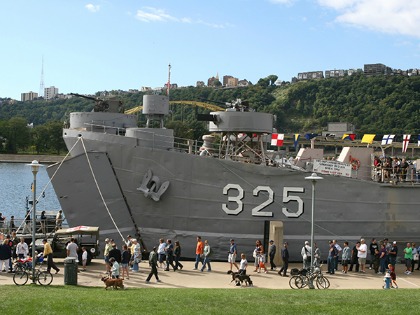