A Green and Pleasant Land: These are the Nine Days - the first days of the Hebrew month of Menachem Av. This coming Shabbat we will note, and beginning on Motzei Shabbat will observe, the Fast of Tisha b'Av.

Once, in the late spring of 1981, when Mr & Mrs Abq Jew were living in what was only just becoming Silicon Valley, we decided to drive up to Marin County for the day. We hopped (we were younger then) into our brand new Dodge Colt (with manual transmission!) and took off.

And then it started to rain. No, not just raindrops; sheets of rain. Incessant. Rain that would have made Noah look for a bigger boat. And our Colt was no Ark.

So we changed our plans (Abq Jew was spontaneous in those days), turned around, and did what any self-respecting New Yorker would do on a suddenly rainy day.


We went to the movies. 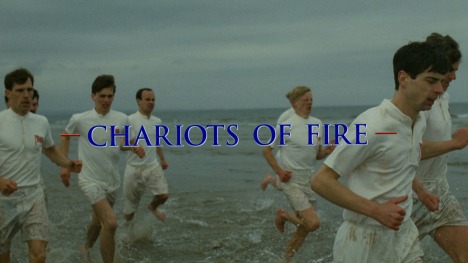 And the movie that we saw that day was Chariots of Fire.


Chariots of Fire is a 1981 British historical drama film. It tells the fact-based story of two athletes in the 1924 Olympics: Eric Liddell, a devout Scottish Christian who runs for the glory of God, and

Harold Abrahams, an English Jew who runs to overcome prejudice.

It was nominated for seven Academy Awards and won four, including Best Picture and Best Original Screenplay. It is ranked 19th in the British Film Institute's list of Top 100 British films.

The film is also notable for its memorable electronic theme tune by Vangelis, who won the Academy Award for Best Original Score.

The movie begins at the 1978 funeral service for Harold Abrahams. Two of Harold’s teammates, now elderly men, reminisce about when they had “hope in their hearts and wings on their heels.”

And then the iconic Vangelis theme begins. And we see the team of strong, exuberant young men running on the beach.


Everyone remembers the Chariots of Fire theme. It sets the mood for the entire movie - driving, uplifting, powerful. Full of life (remember, the movie takes place right after World War I), full of youth, full of hope. Full of dreams.


End of story. But at the end of the movie, we return to Harold Abrahams' funeral service. Wikipedia tells us


The film's title was inspired by the line, "Bring me my chariot of fire," from the William Blake poem adapted into the popular British hymn Jerusalem; the hymn is heard at the end of the film.

And did those feet in ancient time,
Walk upon Englands mountains green:
And was the holy Lamb of God,
On Englands pleasant pastures seen!

And did the Countenance Divine,
Shine forth upon our clouded hills?
And was Jerusalem builded here,
Among these dark Satanic Mills?

I will not cease from Mental Fight,
Nor shall my Sword sleep in my hand:
Till we have built Jerusalem,
In Englands green & pleasant Land.


The [William Blake] poem was inspired by the apocryphal story that a young Jesus, accompanied by Joseph of Arimathea, a tin merchant, travelled to what is now England and visited Glastonbury during his unknown years.

The poem's theme is linked to the Book of Revelation ... describing a Second Coming, wherein Jesus establishes a New Jerusalem.

Churches in general, and the English Church in particular, have long used Jerusalem as a metaphor for Heaven, a place of universal love and peace. 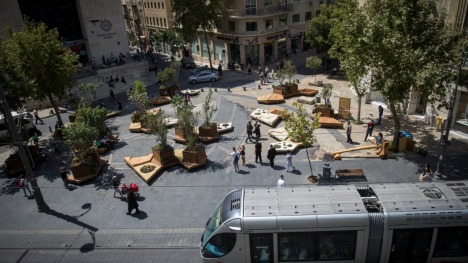 Jerusalem is not a metaphor for any other place. Not even for Heaven.
Not for (lehavdil) England. And not for the Goldene Medina or any city therein. 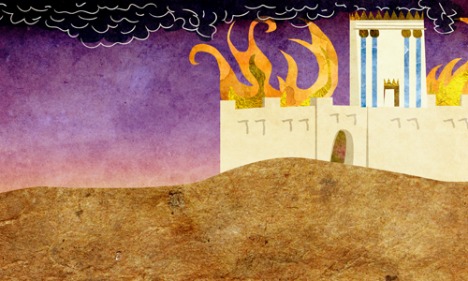