Democracy Dies in Darkness: Yes, but Comedy and Artistry Live in Limelight. Witness the timeless work of choreographer Alan Johnson.

Of whom, Abq Jew must admit (he must! he must!), he had never heard. But then, Abq Jew read the classy obituary by The Washington Post's Harrison Smith - and he realized that he and Alan Johnson were practically on speaking terms.


Yes, Abq Jew greatly enjoys reading obituaries about once-living people who are now dead. Especially ... OK, only ... when they're not written about him.

Someday in the way, way distant future, if he is ... lucky? ... Abq Jew may have the pleasure of writing his own obituary. Knowing that it will never be as good as Art Buchwald's Hi, I'm Art Buchwald and I Just Died video self-obit.

But it will be as good as it can be, considering the circumstances. Like, the obituee.

Anyway, it turns out that Alan Johnson was Mel Brooks's choreographer.

Alan Johnson, a Broadway choreographer who partnered with Mel Brooks to stage some of the most delightfully farcical dance numbers ever filmed — including the goose-stepping showstopper from The Producers, Springtime for Hitler — died July 7 at his home in Los Angeles. He was 81.

Yet Mr. Johnson remained best known for his work with Brooks, the comic mastermind behind television’s Get Smart. Following an introduction by director and lyricist Martin Charnin, Mr. Johnson served as Brooks’s choreographer beginning with “The Producers” (1967), which starred Zero Mostel and Gene Wilder as a pair of Broadway fraudsters.

The film was centered on a fictional musical — Springtime for Hitler: A Gay Romp With Adolf and Eva at Berchtesgaden — designed to alienate audiences and enrich its makers, who relied on a bit of “creative accounting” to make a killing from a surefire flop.

While Brooks came up with the idea of the show, generating lyrics like

Don’t be stupid, be a smarty,
come and join the Nazi party!

Seen from above, high-stepping Nazis marched in the shape of a rotating swastika; black-uniformed SS officers pranced like characters from West Side Story.

Settling in Los Angeles to work with Brooks, Mr. Johnson choreographed the burlesque number I’m Tired for the director’s 1974 western spoof Blazing Saddles; Madeline Kahn, mimicking a world-weary Marlene Dietrich, strutted across the stage as a group of infantrymen danced with their rifles.

That same year, Mr. Johnson created a soft-shoe routine for Young Frankenstein in which a cadaver, newly brought to life by a mad scientist, bursts into a white-tie-and-tails rendition of Puttin’ on the Ritz.

For History of the World: Part I (1981), he choreographed a “Spanish Inquisition” number featuring a chorus line of monks and a bevy of swimming nuns.

And if you want a serious tribute to the life and work of Alan Johnson - here is a montage of the highlights of his amazing career. (If you don't have time to view all the videos Abq Jew has thoughtfully provided for you, his loyal readers - this is a nice, short version.)

Created for his Lifetime Achievement Award at the American Choreography Awards, the short film features his choreography for Mel Brooks' films, his Emmy award winning appearances, as well as his stage and commercial work.

Your choreographic brilliance has added lustre and class
to every movie you have ever done with me.
- Mel Brooks - 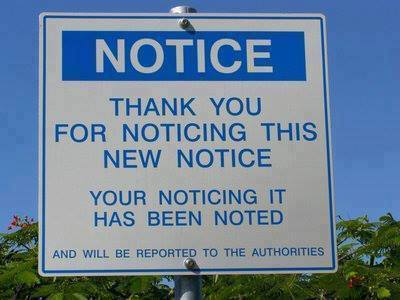 And for all of you, Abq Jew's loyal readers, who called, emailed, or otherwise confronted Abq Jew with the worry that the Abq Jew Blog (or Abq Jew himself) was going away forever - and you both know who you are -