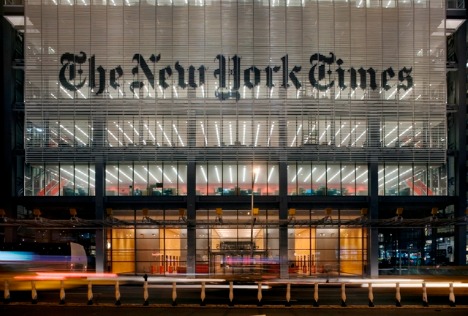 This week, the story is in The New York Times.

Here is how this all came about. 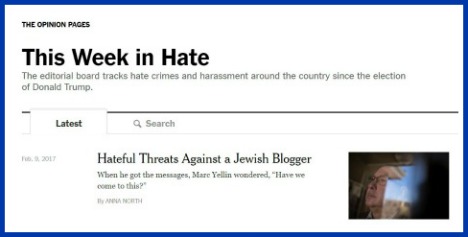 First, you should know (but Abq Jew is very sad to tell you) that the Times has (and Abq Jew follows) a feature series titled This Week in Hate. The Times explains -


Why We Need a Project to Document Hate Crimes

This Week in Hate highlights hate crimes and harassment around the country since the election of Donald Trump.

Reliable data on hate crimes is hard to come by. As reports of racist, anti-Semitic and Islamophobic harassment and attacks poured in after the election of Donald Trump, many Americans wondered whether they represented a nationwide increase in hate crime.

While the Southern Poverty Law Center saw a dramatic increase in reports after the election, it’s not yet clear whether this indicates a nationwide trend.

That’s one reason This Week in Hate is joining with ProPublica and a coalition of other organizations to work on Documenting Hate, a project that aims to gather data on hate crimes and incidents of bias around the country.

Documenting Hate will analyze information from law enforcement, news reports, nonprofit groups and individuals in order to investigate topics like how many hate crimes occur annually, which parts of the country have the highest prevalence and whether the frequency or severity of hate crimes has changed since the election of Mr. Trump.

This Week in Hate and several news organizations will publish results from those investigations. 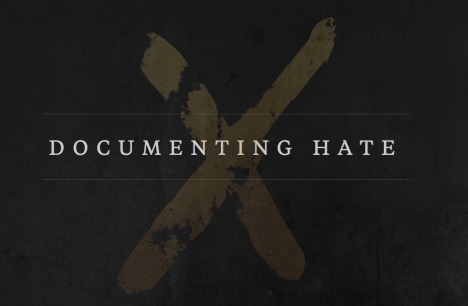 Abq Jew went to the Documenting Hate website, and read


America does not do a good job of tracking incidents of hate and bias.

We need your help to create a database of such incidents across the country, so we all know what's going on.

By filling out the form below, you are sharing your story with Documenting Hate, a coalition of organizations led by ProPublica, a nonprofit investigative newsroom.

We may share this information with our partner newsrooms around the country and with some civil rights organizations who are working with us on this project.

We will not share your name and contact information with anybody outside our coalition without your permission.

Abq Jew said to himself, "I'm a victim & I want to TELL MY STORY."  He filled out the form, recording in very basic terms what had happened to him. He clicked Submit, and figured that was the end of it.


Thank you so much for telling your story.
Someone may be in touch to follow up.

And then he got an email from Anna North, who is a member of the New York Times editorial board and the writer of many of the This Week in Hate pieces. (She's also a novelist.)

Telephone interview yesterday, photo (by Albuquerque's own Andria Malcolm) today, and voilà - we've made the Times! 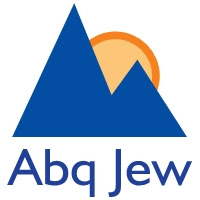 Abq Jew would have been so much happier if the esteemed New York Times had recognized him for his good work, and for the service he believes his website and his blog provide to the Jewish community. 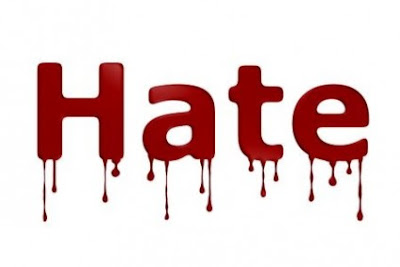 "The anti-Semitism sucks, but the article is pretty cool."

To which Abq Jew replied -