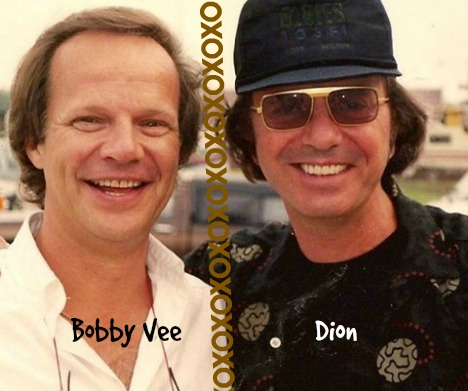 And, lehavdil, Dion. And The Day the Music Died. 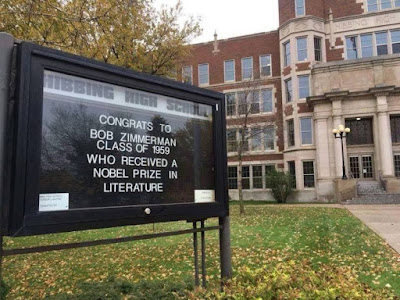 And Bob Dylan. Amazing how everything comes back to Dylan.

First, Bobby Vee, who died on Monday, Shemini Atzeret, a day when we Jews recite Yizkor - to remember all those close to us who have passed.


Robert Thomas Velline (April 30, 1943 – October 24, 2016), known professionally as Bobby Vee, was an American pop singer who was a teen idol in the early 1960s. According to Billboard magazine, he had thirty-eight Hot 100 chart hits, ten of which reached the Top 20. He had six gold singles in his career.

But even more than the hit records, here is why we remember Bobby Vee.


Vee's career began in the midst of tragedy. On February 3, 1959, "The Day the Music Died," three of the four headline acts in the lineup of the traveling Winter Dance Party—Buddy Holly, Ritchie Valens, and the Big Bopper—were killed, along with the 21-year-old pilot, Roger Peterson, in the crash of a V-tailed 1947 Beechcraft Bonanza airplane. (Dion DiMucci, the second headliner, had opted not to travel on the plane.)

It crashed near Clear Lake, Iowa en route to the next show on the tour itinerary in Moorhead, Minnesota.

Velline, then 15 years of age, and a hastily assembled band of Fargo schoolboys calling themselves the Shadows volunteered for, and were given, the unenviable job of filling in for Holly and his band at the Moorhead engagement. Their performance there was a success, setting in motion a chain of events that led to Vee's career as a popular singer.

Here is Dion telling the story.


57 years ago the Big Bopper and I won a coin toss to fly to our next gig with Buddy Holly. When I heard the cost of the flight was $36 - a whole month's rent for my parents -

I gave my seat to Ritchie Valens.

And, unlike everyone else in that room that night, I lived to tell about it.

Bobby Vee showed up that night with his brother to help us out ~ he was 15 years old. 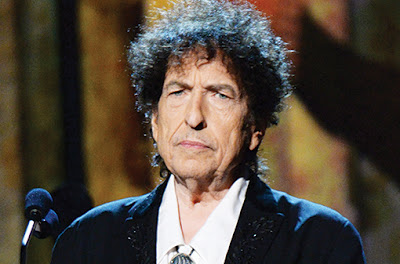 So where, Abq Jew hears you ask, does Bob Dylan fit into the Bobby Vee story?


Early in Vee's career, a musician calling himself Elston Gunnn (sic) briefly toured with the band. This was Robert Allen Zimmerman, who later went on to fame as Bob Dylan.

Dylan's autobiography mentions Vee and provides complimentary details about their friendship, both professional and personal.

In a concert at Midway Stadium in St. Paul, Minnesota, on July 10, 2013, Dylan said he had been on the stage with many stars, but that none of them were as meaningful as Vee. He said Vee was in the audience and then played Vee's hit "Suzie Baby" with emotion. Dylan said (in a video recording of the concert):

Thank you everyone, thank you friends. I lived here a while back, and since that time, I've played all over the world, with all kinds of people. And everybody from Mick Jagger to Madonna. And everybody in there in between. I've been on the stage with most of those people.

But the most beautiful person I've ever been on the stage with, was a man who is here tonight, who used to sing a song called "Suzie Baby". I want to say that Bobby Vee is actually here tonight. Maybe you can show your appreciation with just a round of applause. So, we're gonna try to do this song, like I've done it with him before once or twice.

Dylan also recalled that Vee "had a metallic, edgy tone to his voice and it was as musical as a silver bell." 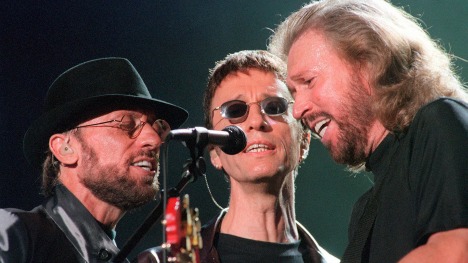 And now, as Abq Jew promised - on to Barry Gibb and the Bee Gees!


Barry Alan Crompton Gibb, CBE (born 1 September 1946) is a British singer, songwriter and record producer who rose to worldwide fame as a co-founder of the group Bee Gees, one of the most commercially successful and critically acclaimed groups in the history of popular music. With his brothers, Robin and Maurice Gibb, he formed a songwriting partnership beginning in 1966.

Actually, they were singing together even before 1966. Here, for example, are the three Gibb brothers singing ... in 1963, shortly after the song was released  ...


Bob Dylan's Blowin' In The Wind

In this clip - which Abq Jew discovered via the multi-talented Sydney Urshan - Barry is 16; and Maurice and Robin are 13.


They already sound like the Bee Gees,
and will for another forty years.

The three-way partnership ended when Maurice died suddenly in January 2003. When Robin died in May 2012, Barry became the sole surviving Bee Gee. 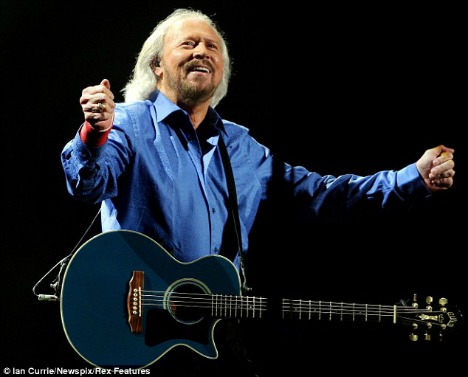 On Simchat Torah, we concluded the annual cycle of Torah readings with Parshat V'Zot HaBracha. And we symbolically began the cycle again, with a reading from Parshat Bereshit.

Barry Gibb has a new solo album out, titled - appropriately - In the Now. It's his first album of all new material since the Bee Gees final studio album in 2001.


“All I think about is yesterday,” sings Barry Gibb at the start of his first solo album in 32 years, in a staccato familiar from his decades in the Bee Gees. “I need you here in the now.”

His plea appears to address an elusive lover. But, on a deeper level, it alludes to the many family members he has lost over the years.


Who Wrote Blowin In The Wind?


On final note about Blowin' In The Wind - with an amazing Millburn, New Jersey twist!

A false allegation circulated that the song was written by a high-school student named Lorre Wyatt and subsequently purchased or plagiarised by Dylan before he gained fame.

This allegation was published in an article in Newsweek magazine in November 1963; while the story left the claims unconfirmed, it prompted much speculation.

Several students at Wyatt's school (Millburn High) and community (Short Hills and Millburn, New Jersey) reported having heard him singing the song and claiming authorship a year before it was released by Dylan and made famous by Peter, Paul and Mary.

Wyatt, when asked why he had suddenly stopped performing the song, told his teacher that he had sold the song for $1,000 and donated the money to charity.

The plagiarism claim was eventually shown to be untrue. Wyatt had performed the song at school and elsewhere months before it was made famous, but not before it had been published and credited to Dylan in Broadside magazine.

Wyatt finally explained his deception to New Times magazine in 1974. He credited his initial lie to panic that he wasn't pulling his weight as a songwriter in the school's male folk group, the Millburnaires.

Everything comes back to Dylan. 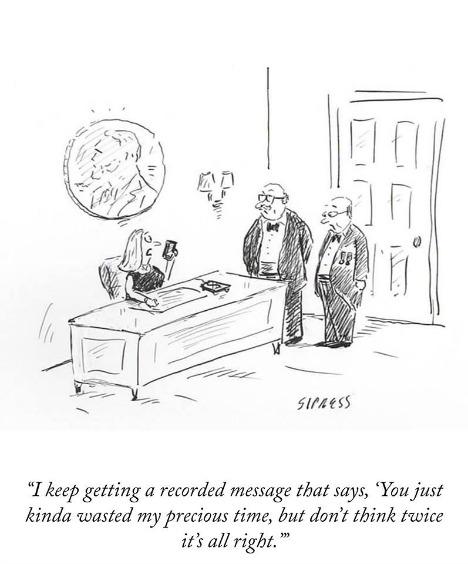