In fact, Abq Jew can now tell - when he watches ball games on TV from his not-really-that-distant couch - both a) which trams are playing; and b) what the score is.

Depending on the sport, Abq Jew can even now tell a) what the count and out are; or b) how much time is left in the quarter. And he can a) drive his car; and b) read street signs from six blocks away.

What Abq Jew cannot do right now is a) read Torah in shul; and b) read books of any kind anywhere - his arms are not long enough. He can, however, c) do some work on the computer - but if and only if he really jacks up the fonts.

But Abq Jew is - after his "not so good" left eye is done next month - going to need new prescriptions for new eyeglasses. 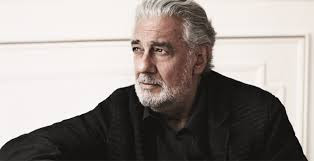 And Passover is over. Abq Jew hopes you enjoyed your holiday at least as much as he enjoyed his. Except for the Chol HaMoed root canal and eye surgery.

Maestro Rabbenu Placido Domingo did an excellent job (did we expect anything less?) davening Musaf on the first two days of Pesach at Congregation B'nai Israel. And his rendition of Chad Gadya at the Second Seder was simply ... out of this world. 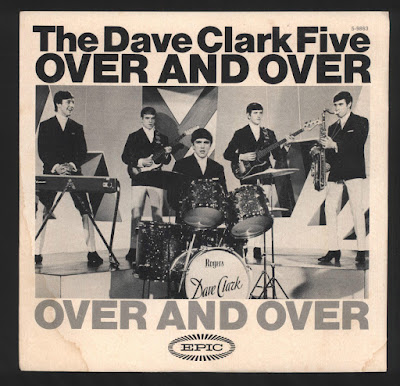 "And Passover is over" brought to what is left of Abq Jew's mind the very imitable Dave Clark Five and their 1965 hit, "Over and Over."

Did you know that the DC5 were originally called the Dave Clark Quintet? The band had to change their name because their fans didn't understand what the word "Quintet" meant. Really! Wikipedia not only confirms this, but adds:


The Dave Clark Five (also known as "The DC5") was an English pop rock group.

Their single "Glad All Over" knocked the Beatles' "I Want to Hold Your Hand" off the top of the UK Singles Chart in January 1964; it peaked at number 6 in the United States in April 1964.

"Over And Over" was a number 1 single in the United States for the group in December 1965.

Please allow Abq Jew to explain. Or even better, Wikipedia.

"Over and Over" is a song written by Robert James Byrd and recorded by him using the stage name Bobby Day. Day's version entered the Billboard Top 100 in 1958, the same week a version of the same song by Thurston Harris entered the chart.

Ah. So you see - "Over and Over": is actually a Fifties song that the DC5 "covered," as we say in the music biz. No deep meanings - or even rhyming verses! - required. The song is permitted to be just fun to sing and dance to.

And speaking of "fun to sing and dance to" - was that a great Mimouna celebration in Madrid, or what? 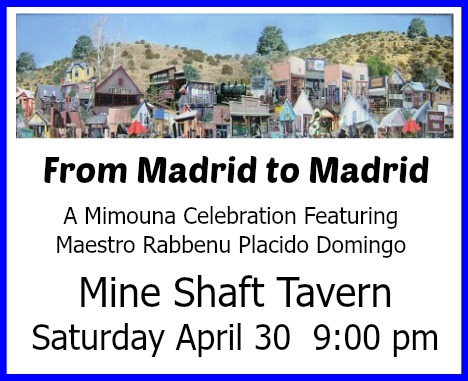 Next year, Easter will fall on Sunday (you knew that) April 16 - just days after Passover, which starts on the evening of Monday April 10.

Here in Albuquerque, this means that the traditional Passover foods which this year were placed on supermarket shelves in time for Easter (even though Easter was one month before Passover) should next year be available right on time.


We can always hope.