ChizFilm Jewish Movie Reviews: Abq Jew is highly honored and extremely pleased to introduce you, his loyal readers, to Jonathan Chisdes and

The brand new and quite gorgeous ChizFilm website tells us:

Film defines us. Film reflects us. Film helps us understand our world and ourselves. Film shows us where we’ve been, where we are, and where we may be going. Film enriches; film inspires; film challenges.

What better modern-day medium is there for Jews to raise issues about our own community and our place in the larger world? This site is dedicated to film reviews, articles, and blogs that reflect the Jewish experience.

I was raised in both the Reform and the Conservative movements, and I care deeply about contemporary Jewish life and how it is portrayed on screen.

Jonathan's most recent review is of the film The Grey Zone. Here is how he begins:

Perhaps you have heard some of the buzz around the recent Hungarian film Son of Saul,” which is making the rounds at festivals and has made the short list of nominees for the Best Foreign Film Oscar.

I had a chance to see this powerful film last month and I can tell you that this artistic triumph, which focuses on a fictional member of the Auschwitz Sonderkommando, certainly deserves all the praise it is getting—not only for its disturbing subject matter but for its very unique style of storytelling.

However, I would argue that this incredibly worthy film could never have been made if Tim Blake Nelson hadn’t first made The Grey Zone fifteen years ago, in 2001.

While “Son of Saul” is told only from the point of view of Saul and mostly in close-ups of his face, “The Grey Zone” gives a much better picture of the Twelfth (out of thirteen) Sonderkommando which rebelled against the Nazis and managed to blow up two of the crematoriums.

Abq Jew strongly recommends that you

And Abq Jew will now proceed happily to tell you 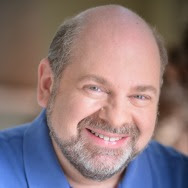 Jonathan Chisdes is an independent film critic based in central New Mexico; he wrote his first movie review in 1986. Jonathan founded the Chizfilm Movie Reviews website in 2006; three years later, the focus was narrowed as a response to changing times and it was reconceived as Chizfilm Jewish Movie Reviews.

Jonathan has also worked in the industry as an Associate Producer for Light Speed Productions, written a screenplay, and and acted in seven short films shot in Florida, New Mexico, and Colorado.

ChizFilm is an Underwriter of the Sante Fe Jewish Film Festival, and is eager to support and participate in Jewish film screenings and programs in New Mexico.

Jonathan's reviews and articles have appeared in numerous publications including the Orlando Spectator, the Rollins Sandspur, the Orlando Reporter, the Valdosta Spectator, the Bet Chaim L’Chaim, Content of Character, and Persona Jon Grata. “Jerusalem Jones and the Mystery of the Dead Sea Scrolls,” a play he co-authored and produced, had a number of performances. He is currently working on a novel.

To sum up here: Jonathan Chisdes is a film guy. He is available to review films, give talks, and help organize Jewish film festivals.  He can be contacted directly through ChizFilm.com. A good guy to know. You're welcome.