The Money Pit @ 30: Different couples who have been married 40 years may choose to celebrate their 40th anniversary in different ways. 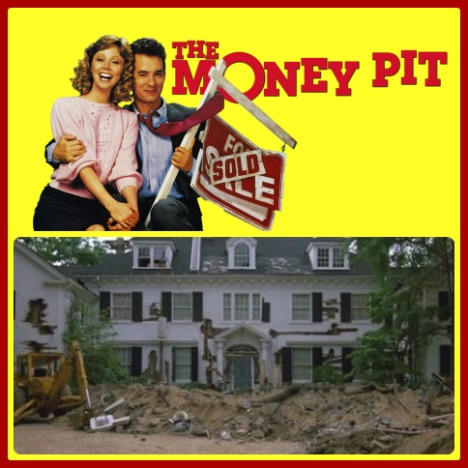 For those too young to recall ... or for those who have never "owned" a house and (perhaps) cannot relate ... Wikipedia tells us:


The Money Pit is a 1986 American comedy film, directed by Richard Benjamin, and starring Tom Hanks and Shelley Long as a couple who attempt to renovate a recently purchased house.

It was filmed in New York City and Lattingtown, New York and is a remake of the 1948 film Mr. Blandings Builds His Dream House, starring Cary Grant and Myrna Loy. It was co-executive produced by Steven Spielberg.

And how long should this renovation take, HGTV fans? When will Tom Hanks and Shelley Long be able to reside therein in comfort and splendor?

And about that house. The real estate site Curbed.com informs us


Erected in 1898 in Locust Valley on Long Island's North Shore, The Northway House was, at the time of filming, owned by Eric Ridder, Sr., a prominent publisher and sailor who successfully defended the 1964 America's Cup as co-skipper of the yacht Constellation.

In the film's world, the fragile mansion is sold for just $200K, but last traded hands in 2002 for more than ten times that amount, $2.125M. Still, at the time, one broker told the Post that the price was "low for a property of those proportions in Locust Valley."

The buyer heard that loud and clear and, in 2009, the house was briefly listed for sale with the sky-high asking price of $7.9M.

Over 40 years, Mr & Mrs Abq Jew have learned to appreciate the value of real estate.

And the real estate that Mr & Mrs Abq Jew has owned has tended to appreciate in value - sometimes when they were actually living there.

Abq Jew (but, strangely, not Mrs Abq Jew) has often been asked


What is the secret of a good marriage?


I sometimes feel amazed that I can live with myself all the time.

That my wife chooses to do so is altogether remarkable.


And here is a tale from the Midrash, which you can also read on

The Midrash then continues:

A Roman matron asked Rabbi Yosei bar Chalafta: "In how many days did G‑d create His world?"

"And what has He been doing ever since?" she asked.

"Is this G‑d's occupation?" she asked derisively, "I could do that too! I possess a great number of men servants and maid servants and would be able to pair all of them off in one hour!"

"You may think it is easy, but for G‑d, it is as difficult as parting the Red Sea," he said.

After Rabbi Yosei left, the matron formed rows of her men servants and maid servants, a thousand in each row, and said to them, "This man shall marry this woman," pairing them off as she walked down the line for the night.

But when they returned to work the next morning, one had an injured head, one was missing an eye and one had a broken foot.

"What is going on here?" the matron asked.

She sent for Rabbi Yosei and told him, "There is no G‑d like your G‑d. When you explained to me that G‑d is busy making matches, you spoke wisely."

The Talmud echoes this belief by stating that before a person is born G‑d designates his and her mate: "A heavenly voice emerges and calls out 'this woman to this man.'" 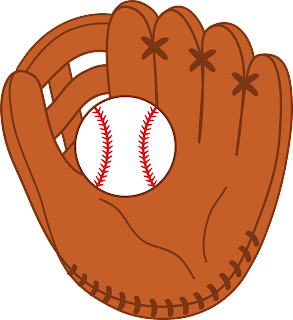 But the greatest advice Abq Jew ever received about happy marriages - he received not from Torah, not from Talmud, not from Midrash ... not even from his parents, of blessed memory.

Abq Jew learned this one from TV baseball announcers who were discussing player trades and the subsequent uprooting of families therefor. 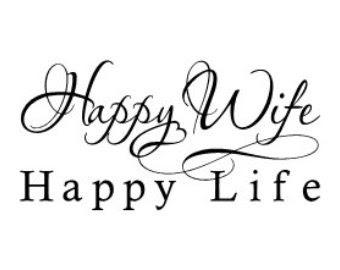 A Happy Wife leads to A Happy Life

That should be easy to remember ....

OK, back to The Money Pit!

Here is the trailer:

And here is "the stair scene" - Mr & Mrs Abq Jew's favorite (although "the kitchen wiring scene" is a close second):